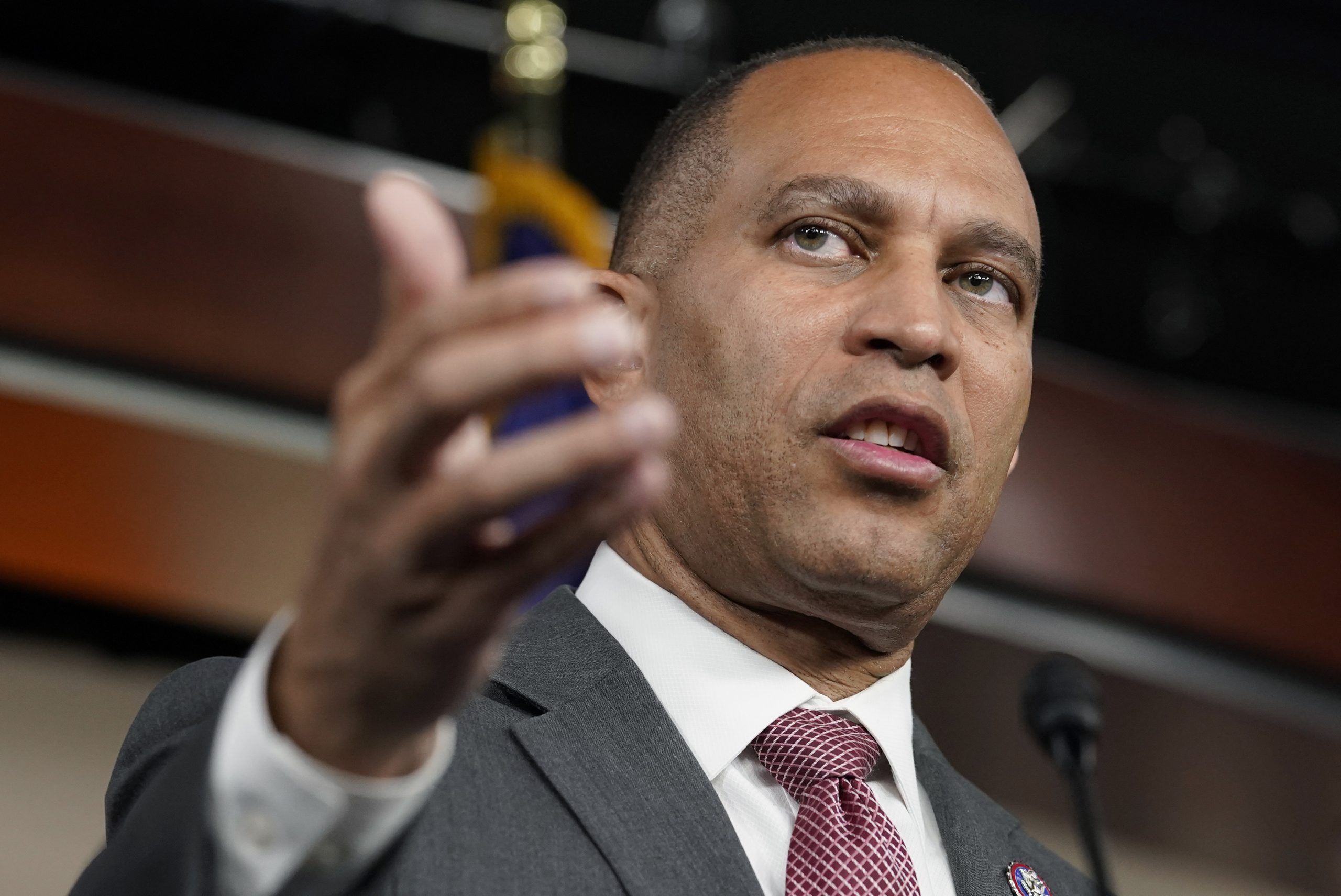 I literately crack up every time I hear some Democrat foaming at the mouth over the “ELECTION DENIERS” who are “THREATS TO DEMOCRACY” because they suspect there could have been some shenanigans in the rigged 2020 election. Then, they went and replaced Nancy Pelosi with a top election denier in the House, Hakeem Jeffries, who ran for the position unopposed. Yes, Leader Jeffries is an HUGE election denier:

Jeffries has openly denied the results of the 2016 presidential election at least nine times on social media. The internet is forever.

In May 2019, Jeffries claimed Russia interfered in the 2016 presidential election and “artificially” made Trump president.

And then in June 2019, Jeffries said there was a “cloud of illegitimacy that continues to hang over” the Trump White House and we need “to try to figure out what the heck happened” in the 2016 election.

But you know, election denial might actually make Mr. Jeffries the perfect guy to lead the Democratic Party, which is well known for denying the elections they lose. They’ve been doing it for years.

Now, to be fare, this does not make Democrats a threat to democracy, because when Democrats use the word, “democracy,” they mean “Democrat’s getting elected.” That’s why it is perfectly fine for them to push the idea of election fraud.