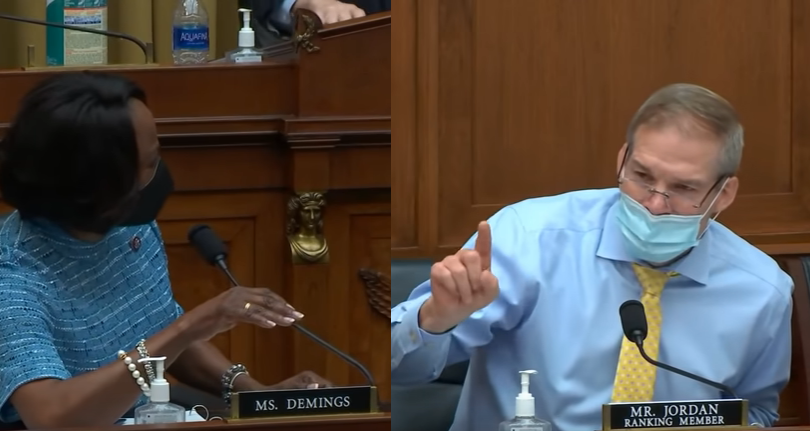 Shouting and screaming seem to be their only tactic now. Well, this is a House argument that’ll certainly go down in the record books.

During a House hearing on police reform, Jim Jordan laid down the facts on defunding police, which is what the amendment in question aimed to do.

Once again, Dems are ignoring how the American people feel, and are pushing this wildly unpopular “Deund the Police” issue down everyone’s throats.

As Jordan points out, cities that have cut police funding have seen a huge surge in crime, but despite this fact, Democrat Val Demings lashed out at Jordan, claiming that he’s using police officers as “pawns.”

You really have to wonder why on earth Dems are willing to die on this hill. It’s political suicide. Are they this confident in mail-in ballot cheating?

But here we are – debating this nonsense again – and speaking of debates, what happened between Val and Jim was an all-out screaming match like no other.

Well, this certainly struck a nerve with Deming’s, a former police officer, who claims that law enforcement “deserves better.”

Really? How is pulling funds from law enforcement going to help them, Val?

Here’s some more info on the amendment Dems are trying to ram through: