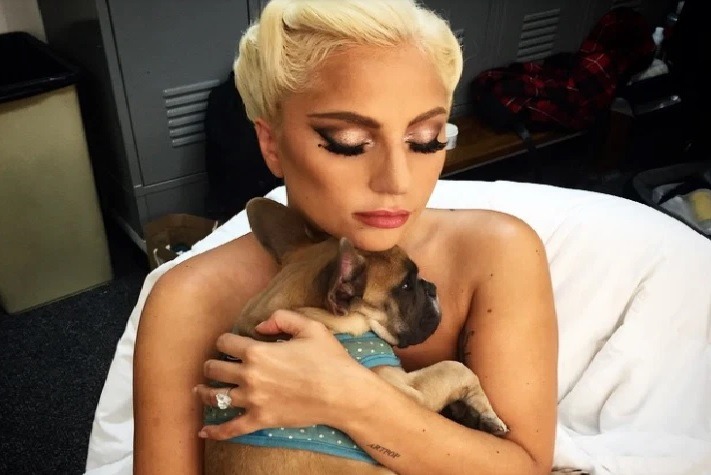 Now get this, FBI investigators appear to be probing whether the kidnapping of Lady Gaga’s bulldogs was a politically motivated terrorist act by Trump supporters because she sang at President Joe Biden’s inauguration.

However the investigation continues.

“Lady Gaga is high profile of course but she sang at President Biden’s inauguration which takes this case to another level,” one FBI source said.

“The FBI wants to know exactly what motivated this incident.”

An FBI spokesperson said: “While the Bureau provides resources if/where requested to our local partners, I would refer you to LAPD for comment as they are leading this investigation.”

While the FBI is involved, investigators are also working on the likely assumption the attack was just a straightforward armed robbery.

Another theory is that the dogs may have been been stolen for ransom – as the star offered a $500,000 reward after the Wednesday night shooting.

Gaga is currently in Rome to film a movie.

The woman who dropped off the dogs appears to be “uninvolved and unassociated” with Wednesday night’s attack, Tippet said.

In a tweet Friday night, the LAPD said the woman had found the dogs “and reached out to Lady Gaga’s staff to return them.” Yeah, right.

Her identity and the location where the dogs were found won’t be disclosed for her safety and because of the ongoing investigation, the LAPD said.

No details on whether the FBI are still investigating the dognapping as a terrorist act.