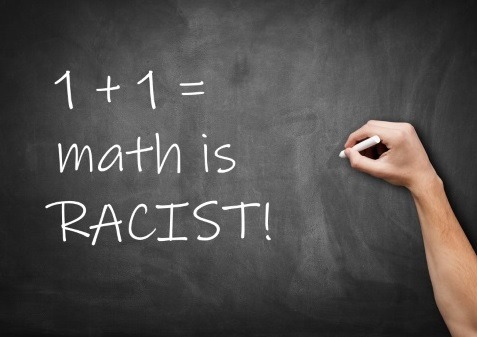 You may have heard there’s some freaky-deaky, far-left efforts underway to label the teaching of math in public schools as racist.

Now, this is 2021 and the shear number of crazy ideas being foisted on the American people by progressive lunatics has certainly reached record proportions for sure, but according to the Washington Free Beacon this one is being funded to the tune of hundreds of millions of dollars by the Bill and Melinda Gates Foundation.

Just visit the website homepage of the Pathway to Equitable Math Instruction, the group behind the push to label an entire academic subject as racist, and you’ll find Bill and Melinda have provided the “generous financial support of this project.”  In fact the Gates Foundation is the only donor listed on the group’s website.

The organization consists of 25 different educational organizations, which share the false belief that basic math practices, such as a student finding the right answer and showing how they did their work, are symbolic of “institutionalized racism.”

The Gates Foundation has given over $140 million to some of the groups included in Pathway’s Wild and Wacky World of Wokeness. One such group, the California-based Education Trust, has received $86 million from the Gates Foundation, with the most recent donation being a $3.6 million grant in June of last year. Another group, Teach Plus, was given over $27 million. And WestEd, an alleged “nonprofit” that targets “systemic barriers” in education, has been given over $35 million by the foundation.

It would also appear Pathway has released multiple guidebooks and other promotional materials pushing their baseless insanity. Their first such “guidebook,” titled “Dismantling Racism in Mathematic Instructions,” says that math is “used to uphold capitalist, imperialist, and racist views.” The propaganda even lists certain “goals” that are to be achieved every month, such as “authentic” inclusion of minority students in November, and “dismantling power structures in the classroom” in May.

When asked by the Free Beacon about the questionable donations, the Gates Foundation promptly turned the ringer off their phones and declined to comment. The website says that its donations to education are aimed at “supporting schools in their work to improve student outcomes” for minority students. By falsely suggesting they’re victims of racism by learning that 2+2=4?

Honestly, if Bill and Melinda are that desperate to find places to throw away their money, we at The Deplorable Patriot could always use a few million bucks. Just scroll to the bottom of this page and click the donate button. Thank you in advance Emperor Bill.