Garland: Portland Riots Not ‘Terrorism’ Because Antifa Attacked At Night 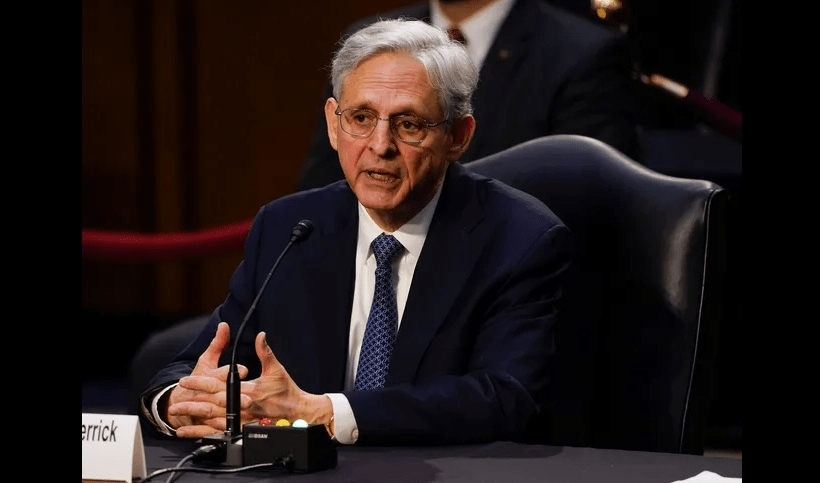 Welcome to The Brave New World where terrorism only happens during the day.

At his Senate hearing on Monday, attorney general nominee Merrick Garland pledged to prosecute “white supremacists” who attacked the US Capitol on 6 January.

“If confirmed,” Garland said, ‘I will supervise the vigorous prosecution of the white supremacists who stormed the Capitol on 6 January – a heinous attack that sought to disrupt a cornerstone of our democracy: the peaceful transfer of power to a newly elected government.”

Ok, so he’s going to vigorously prosecute the “white supremacists,” but how about the Antifa members who stormed the capitol? We all know they were there. Will Joe Biteme’s choice for AG will he go after them as “vigorously?”

Don’t count on it. He also told the Senate Judiciary Committee that Antifa’s attacks on the U.S. courthouse in Portland last year was not “domestic terrorism,” because unlike the Capitol riot, the attacks took place at night, and the court was not “in operation.”

Judge Garland: Well, Senator, my own definition, which is about the same as the statutory definition, is the use of violence or threats of violence in attempt to disrupt the democratic processes. So an attack on a courthouse, while in operation, trying to prevent judges from actually deciding cases, that plainly is domestic extremism, domestic terrorism. An attack simply on a government property at night, or any other kind of circumstances, is a clear crime and a serious one, and should be punished. I don’t know enough about the facts of the example you’re talking about. But that’s where I draw the line. One is — both are criminal, but one is a core attack on our democratic institutions.

Behind the veil of “protests,” highly organized violent operators have carried out direct attacks on federal personnel and property, particularly the federal courthouse in Portland. Shielded by the crowds, which make it difficult for law enforcement to detect or reach them, violent opportunists in Portland have attacked the courthouse and federal officers with explosives, lasers, projectiles, and other dangerous devices. In some cases, purported “journalists” or “legal observers” have provided cover for the violent offenders; in others, individuals wearing supposed press badges have themselves attacked law enforcement or trespassed on federal property. More than 200 federal officers have been injured in Portland alone.

The riots resulted in the front of the courthouse having to be boarded up; the destruction of security equipment protecting the courthouse; and the breaking of windows in the offices of federal prosecutors. And this wasn’t a random attack on any old building in downtown Portland, it was a coordinated attack on our justice system, a core attack on one of our democratic institutions.

(5) the term “domestic terrorism” means activities that— (A) involve acts dangerous to human life that are a violation of the criminal laws of the United States or of any State; (B) appear to be intended— (i) to intimidate or coerce a civilian population; (ii) to influence the policy of a government by intimidation or coercion; or (iii) to affect the conduct of a government by mass destruction, assassination, or kidnapping; and (C) occur primarily within the territorial jurisdiction of the United States

But wait, the statute doesn’t confine acts of domestic terrorism to working hours. It doesn’t say anything about what time of day an attack can be classified as a “terror attack.”

How can this man with a straight face suggest that just because it was dark outside that it wasn’t a terrorist attack?

I guess, using his logic, if American Patriots had stormed the Capitol in D.C. after dark, the left would not call them terrorists and insurrectionists? Stock up on your night vision gear gang.

By the way, I thought Democracy Dies in Darkness….at least that’s what the Washington Post says right?