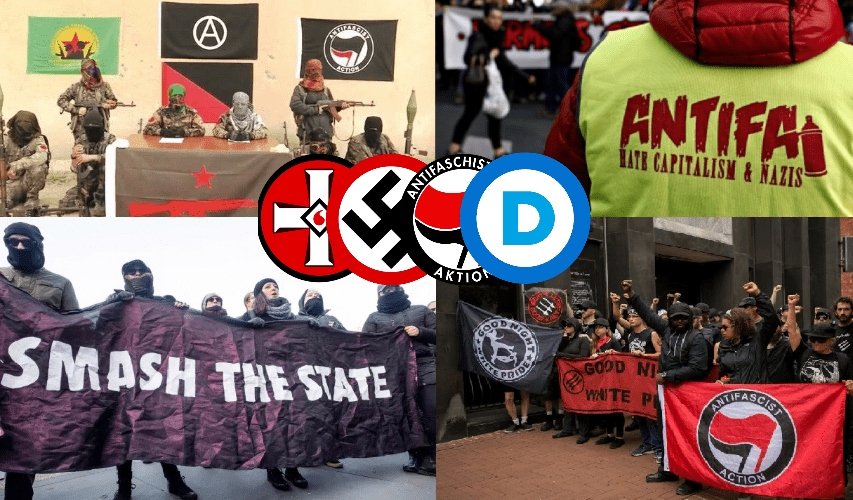 Lawmakers in Montana are considering a bill that would designate the radical leftist group Antifa as a Domestic Terror group.

Antifa as you know have caused violence and destruction in Seattle, Portland, Washington, D.C. and literally caused over $9 BILLION in damages in 2020 with riots and anarchy, not to mention countless deaths of civilians and law enforcement officers.

The long overdue legislation would give law enforcement the tools needed to investigate the mob of black clad hoodlums and finally put an end to the death and destruction they’ve caused throughout the country for years.

Antifa, supposedly short for ‘anti-fascists’, is an “idea” the brain dead liberals and idiots in the lamestream media continue to try to shovel to us as nothing more than “peaceful protesters” with good intentions. We all know they’re full of crap, we’ve seen the attacks and destruction first hand.

The intent of the measure is to “send a message that we as a state won’t tolerate a group like this coming into our state,” bill sponsor Rep. Braxton Mitchell, R-Columbia Falls, told members of the Montana House Judiciary Committee during a Tuesday hearing.

John Driscoll, a former Democratic state lawmaker, called the measure “a wasteful distraction from the real problem.” And naturally, he considers the ‘real problem’ to be Trump supporting patriots.

Rep. Ed Stafman, (D) Bozeman, cited a 2020 report by the Department of Homeland Security that states that white supremacist extremists “will remain the most persistent and lethal threat in the Homeland.”

This argument has always struck me as odd, considering I’ve yet to see any news reports showing groups of marauding Klansman or skinheads shutting down city streets turning over cars and burning buildings.

Of course the liberals and the lamestream media are in an uproar that someone would dare put a bill like this in motion to actually protect law abiding citizens from what are obvious to anyone paying attention a terrorist group.

Instead they want you to be convinced that the “real problem” is you, not the radical left. And only a fool would accept this notion.

Don’t be that fool! One of the tried and true tactics of the radical left has always been to accuse their opposition of exactly what they themselves are guilty of. Psychologists have a word for this, it’s called ‘Projection.’ And evidence of that projection can be found throughout countless news reports in just the last four years if you simply take time to look.

And if you take the time to review history you’ll find examples of this type of activity in almost every revolutionary action of the last 100 years, from the Bolshevik uprising of 1917 in Czarist Russia, the rise of the Nazi’s in Germany and on through the Chinese Cultural Revolution of the 60’s, the rise of radical Islam and beyond.

Joseph Goebbels said, “A lie told once remains a lie but a lie told a thousand times becomes the truth.” George Orwell wrote about the Ministry of Truth and believe me it is all around us, even if most of us fail to see it in a present day context.

Don’t be fooled, let history be your guide and stand up and push back against this form of gaslighting just as Rep. Braxton Mitchell is doing in Montana.

Mr. Mitchell is on solid ground and I applaud his action and call on other Patriots throughout our nation to do the same.

God Bless America and Death To The New World Order.

Thanks to the Associated Press for contributing to this article.