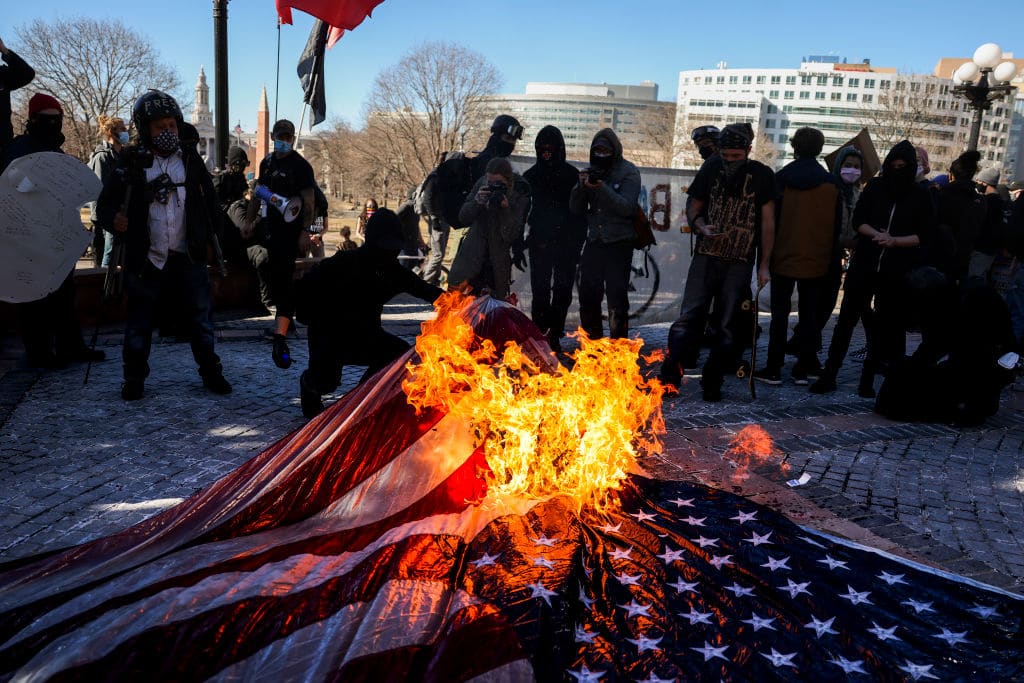 We live in a bizarre age. In an age where people WANT to be victims, the alleged “victims” are usually some of the worst people in our entire society, and “being offended” is a magical golden ticket to being showered with attention. The most “privileged” people in our society are now “victims.” Someone is upset because of a joke everyone else finds funny, but we won’t tell them to shut up and stop whining. we give them whatever they want to try to assuage their hurt feelings instead. If men pretending to be women can’t go into the women’s bathrooms, it might make them feel bad. Also, admitting that they are men pretending to be women might make them feel bad. So, we have to let a guy who looks like an NFL linebacker, but who calls himself Joanna, play women’s sports, because “oh no, what if it makes him feel bad if we don’t?”

How did we get to this place in our society, where we have 25-year-olds that are like, “Hey listen, I think we need to have a conversation about microaggressions against transsexual Hindu Pacific Islanders” without people laughing in their face? How did we get to the point where we let mobs burn and loot stores rather than risk hurting their feelings by stopping them? We actually have people that want to take down statues of the Founding Fathers and the American flag because it might offend people. Here’s a pertinent question. What value do the world’s most easily offended people have to society? If all of them took some special alien portal to Mars, where they’ll never be offended by normal people again, would it be a net gain or a net loss for the country? Basically, all these crybullies do is create drama, tell people “that’s not funny” and lecture everyone that isn’t as miserable as they are about how horrible they are for not being more offended by everything.

A whole lifetime of good work is now treated as less important than an insensitive joke or comment that was taken out of context. We have literally reached the point in our society, where a white person quoting a rap lyric with the n-word in it is treated by many people as having done something worse than adultery, trying to kill a police officer, or looting a story. On any given day, there are more people falsely accused of being white supremacists than there are white supremacists. Being accused of being racist is considered almost universally a bad thing, but falsely accusing someone or even huge segments of the population of being racist is considered fine. When was the last time you heard someone apologize for slurring a person as a racist when it wasn’t true? When was the last time someone was fired for falsely accusing another person of being racist? How many pampered, privileged people have jobs in the media solely based on their willingness to falsely call people racist? Does anyone ever stop to consider whether regularly accusing people of being racist over the most trivial reasons imaginable is a healthy thing in a multi-racial society or whether it could have some extremely damaging consequences down the line?

Isn’t it funny that the people that are supposed to be the privileged ones, the ones that are supposedly “the oppressors” in our society, are the ones that keep getting fired, canceled, and smeared non-stop while the people that are supposed to be “oppressed” are treated like princes who no one dares offend? Basically, we’re living in a real-world version of that classic episode of the Twilight Zone where everyone walks around in terror of offending a horrible, creepy little child who can destroy anyone he decides is a “bad man” by wishing them away into the cornfield.

Every day now, we’re all playing in the Super Bowl of victimhood, and the people that aren’t whiners, crybabies, and complainers are losing by default. Is that the sort of society we want to live in? Where the whiniest, weakest, least tolerant people get to set up an endless series of hurdles for everyone else to jump over while they get to break the rules with impunity that everyone else has to live by because they’re supposedly “victims?” How successful do you think our country is going to be long-term when what you can say and what you can’t is decided by personal pronoun-spitting crybullies that want to restructure our entire society in an effort to make up for their mental problems and anger because “daddy didn’t love them enough?” That’s the society we’re drifting into and not only should we stop putting up with the crybullies, we should also stop putting up with the people, groups, and corporations that enable them.

John Hawkins is the author of 101 Things All Young Adults Should Know.