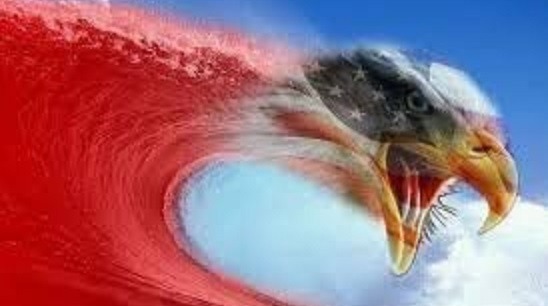 There are some seriously sick people out there. Yeah yeah yeah you know, so do something about it. Stop reading articles like this and doing nothing. This type of behavior must not continue. Society in general is giving these people a pass.

Why because they think that these sick bastards are the majority. Two points here they are not the majority and who gives a shit if they are the majority, this is plane and simple it is wrong in every way. I truly hope you think this kind of behavior is wrong because if you don’t you better check yourself.

You ever have a friend, or family member that always pushed the limit? And while they would push that limit you see their parents do nothing. And as they grow up they do worse and worse things. Then they adults and do things like deal drugs, take drugs, commit other crimes, and do other things just for their parents attention or worse because they feel it is just fine to do these things because their parents didn’t want to confront their child. Well the same thing is happening now. These sick ass wipes are playing the same game. Push a little hear, then there and people say nothing and allow this. Now you get to this point where they are grooming children in kindergarten to think boys are girls and worse things.

This is abhorrent sick horrifying behavior must be stopped immediately. The people of every city in the US better get off their collective asses, go to these meetings, and make sure shit like this is not and will not allowed to happen. The next thing these sick fucks will push for is the gender reassignment of kids. Oh wait they already are.

Wake the fuck up people. This is not going to stop at gender reassignment. They are already pushing in the MSM to normalize pedophilia. What the literal fuck people? Why is this allowed to be mentioned anywhere without a cry of foul and no fucking way? Why was a Ted Talk allowed to happen a few years ago talking about how it is just a preference when being attracted to minors and nothing to worry about if they don’t act on it? This is so sick!!!

You and everyone else need to communicate these intentions to the rest of the city you know your neighbors and family. You know the people that you wave to. We all need to have a discussion about this. You will get kick back from many people because they will say this is political. No the fuck it is not. It is the safety and well being of the children plain and simple. Would these same people allow the use of open fires in in the classrooms for heat. The allowing the kids to be unsupervised many times during the day while an open flame is near by? I am sure not, no matter if it is a school board policy or not. So why the hell are people allowing this and other types of sick policies to be enacted?

You need to get to the root of this problem. People have been brainwashed into thinking that politics should only be discussed by the people in charge. Well I got news for you, you are the people in charge. Stop falling for the big game that has been played on us. We elect these ass wipes to do our bidding but they never seem to do our bidding they do what ever is not in our interest. Can you guess where these sick disgusting policies may have came from?

I know where this is coming from. Remember all those many thousand page bills for the COVID packages? That is where all this shit is coming from. The many pages of these bills were written many many many years ago for this very time. How else would there be such well crafted bills in the thousands of pages for this very bill giving the people relief from the plandemic. Do you remember them now where Nancy Pelosi was like you better read this over night we are voting on it tomorrow. And if you vote against the bills that have a name like Save The Fucking Country you will lose your next election because you didn’t vote for it. So as a career politician you vote for that bill you most certainly know has something terrible in it. But you do it to get reelected and no other reason. Or you vote for it because you are in on these policies and want this kind of country. Or you are blackmailed and can do nothing about it.

Well there ya have it folks. These policies that were never imagined by any school board member ever is now being pushed onto them because the laws on the books state if you take this COVID money you need to enact these types of things in your school. Or there will be consequences for you as board school members.

So now the only thing to do is fight back. Fight with all the might a community can fight. Because when one person talks it is amazing but when you have hundreds of thousands of people talking the voice is much louder. This is how stadiums are so loud. It is not that people talk this loud it is the fact that voices are additive. The more people speak out the more others will hear and wake up which inturn makes them speak up.

This is not a political thing and should never be treated as such. Things like life and the pursuit of liberty and happiness is innately given to us by God and also stated in the Constitution. So let’s take back our Constitution and our rights so the health, safety, pursuit of happiness, and life can go about without any interruptions from sick disgusting pedophiles and power hungry people. Push back and get your neighbors to understand this. The holidays are a perfect time to make people understand that these things are not political they are life threatening and to show them their skin their hide is up for auction to the nearest bidder from the power hungry pedo elites.

Investigate Every Trani For Pedophilia