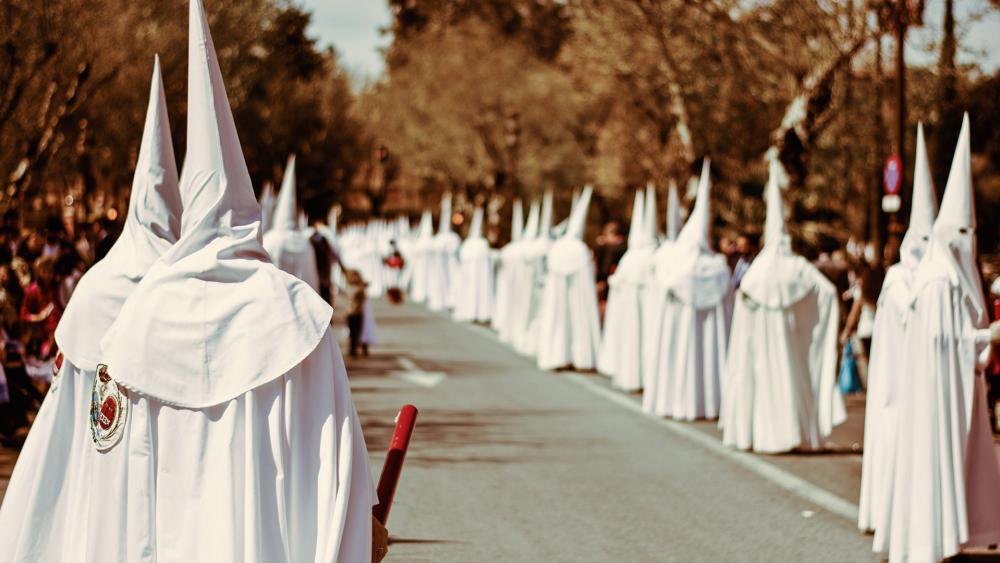 What the hell folks? Seriously how can you charge a black conservative with the KKK Act and for what LOL really. How can anyone even think this is OK seriously.

So if you speak your mind against the narrative and actually make a dent you are a racist KKK Member. As we all know the Demonrats created the KKK and claimed it for decades even in the 80’s they claimed the KKK was theirs.

So a conservative is a member of the KKK, well that is called projection. The Demonrats have always and will always be racist. Yes even the black demonrats are racist against other poor black folks. They hate them because they are not part of their elite class. This goes the same for those rat ass RINOs. They do the same kind of horrific disgusting things as the demonrats. They are all the same from the same mold and corrupt and black mailed like you would not believe.

I find all this astonishing that the demonrats keep getting away with the same old games. Their games have not changed at all over the years. The reason their games work is because the media has ALWAYS been on their side from day one when magazines and news papers were created. The bigger more famous more prosperous news papers have a history for hiding the bahaviors of the demonrats and RINOs.

Now let’s get rid of all the politicians and the media and start over from scratch. People in office now must quit and never run again on every level even especially those people that work in all these departments for the governments. They all need to go. Once everyone is fired and you prove your not deep state you can reapply. The media companies need to be shut down for ever, all of them. They are so corrupt and demented there is no going back. I feel pretty much the same about all of government. Wipe them all out and start over smaller much smaller on media and government.