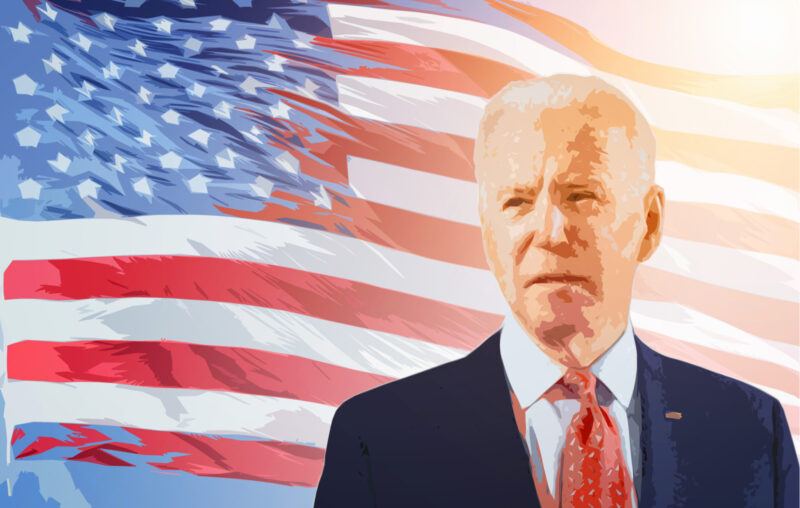 In the Biden era, federal competence has been defined down to mailing government checks to people who didn’t earn them to buy votes for politicians who don’t deserve them. A Washington Post headline whooped that Biden’s American Rescue Plan Act “showers money on Americans, sharply cutting poverty and favoring individuals over businesses.” On Monday, President Biden boasted of “100 million shots in people’s arms” and “ 100 million checks in people’s pockets” in the next ten days. The Biden administration is launching a nationwide “Help is Here” victory tour promoting its achievements.

The Rescue Act is based on blind faith in government spending – the revival of the “Magic Bean School of Political Economy.” When he signed the bill on Friday, Biden declared, “We have to spend this money to make sure we have economic growth, unrelated to how much it’s going to help people.” The act’s $1.9 trillion price tag is proof of its beneficence.Multi-trillion dollar budget deficits in the coming years supposedly put prosperity on automatic pilot.

Inside the Beltway, the biggest fear is that federal agencies will not be able to throw tax dollars at citizens, businesses and local and state governments quickly enough. The Washington Post frets that “the sheer volume of new programs threatens to swamp federal agencies.” This is the sixth federal Covid bailout since last Spring, and “a slew of other efforts to help struggling businesses… have been trapped in the federal bureaucracy.”

The Biden bill includes barrels of new handouts that Congress rushed into law without carefully examining. When federal benefits exceed what someone could earn on the job, they can become a penalty fee on work. University of Chicago economist Casey Mulligan estimated that the extra unemployment payments and other benefits in the Biden bill could result in up to eight million fewer Americans being employed later this year. Nobody in D.C. apparently recalls the 2016 Obama White House report warning that joblessness is linked “to worse economic prospects in the future, lower overall well-being and happiness, and higher mortality, as well as negative consequences for families and communities.” But collateral damage doesn’t matter as long as politicians get applause and campaign contributions for programs that wreak economic havoc with perverse incentives.

In his televised address last Thursday, Biden promised, “I’m using every power I have as the president of the United States to put us on a war footing.” Unfortunately, Biden’s rescue act combines two features from America’s disastrous post-9/11 wars.

As part of its surge in Afghanistan, the Obama administration sought to spend tax dollars as quickly as possible to create the appearance of prosperity. As the Christian Science Monitor noted in 2010, the U.S. Agency for International Development (USAID) “created an atmosphere of frantic urgency about the ‘burn rate’ – a measure of how quickly money is spent. Emphasis gets put on spending fast to make room for the next batch from Congress.” The Washington Post noted in 2019, “Many aid workers blamed Congress for what they saw as a mindless rush to spend.” John Sopko, the Special Inspector General for Afghanistan Reconstruction (SIGAR), lambasted a system where it seemed that “only those who can shove the money out the door or meet the required ‘burn rate’ are to be promoted and rewarded.” The “burn rate” produced endless absurdities in Afghanistan, including collapsing schools, impassable roads, failed electrification projects, and nonexistent health clinics.

Biden’s relief package parallels another ill-fated post-9/11 policy. Shortly after the U.S. invaded Iraq in 2003, pallets stacked high with newly-printed $100 bills were flown into Baghdad. U.S. military officers handed bundles of cash to local residents to buy influence and undermine resistance to the U.S. occupation. The “Money as a Weapon System” (MAAWS) program scattered $10 billion with little or no oversight. The handouts were valuable for “ demonstrating positive intent or goodwill” and helped “ gain access or influence,” according to a 2012 Pentagon analysis. Such payments came in especially handy after U.S. troops inadvertently killed children or sheep. MAAWS subsidized Bush administration boasting in Iraq and burnished Obama’s Afghan proclamations. The Afghan version of MAAWS never even bothered to consider whether the projects it bankrolled were effective.

On the home front, politicians of both parties have long relied on MAAWS to buy votes or buttress their power. Last year, Trump made sure that the federal Covid checks Americans received had his signature. Democrats took control of the U.S. Senate thanks to Biden’s promise that voters would receive $2,000 federal checks if Democrats won the January runoff elections in Georgia.

To stifle doubts that his Rescue program will become a prize boondoggle, Biden promises “ fastidious oversight to make sure there’s no waste or fraud.” But honesty is the first casualty when federal agencies scramble to spend money as quickly as possible. Sopko warned in 2019 that thanks to the bureaucratic pressure for success in Afghanistan, “We have created an incentive to almost require people to lie.”“Performance metrics” became bureaucratic amphetamines for pathological lying.The “biggest single project” resulting from the U.S. government’s vast spending may have been “the development of mass corruption,” according to former U.S. Ambassador to Afghanistan Ryan Crocker.”

Can Biden avoid the pitfalls that plagued U.S. interventions abroad and at home? On Monday, Biden denounced Trump’s Covid relief program as “a free-for-all for well-connected companies” but promised his program will be faultless. Regardless of Biden’s intentions, even his media allies don’t portray him as too smart to be conned. The Washington Post touted Biden as “the ideal messenger for [Democrats’] spending blitz” because he is “ a septuagenarian who spent four decades in Congress.”

Last week, Biden declared, “We have to continue to build confidence in the American people that their government can function for them and deliver.” But Biden doesn’t admit that he and congressional Democrats are distributing Covid relief payments in response to the catastrophic lockdowns, imposed by mostly Democratic governors, that ravaged prosperity without stopping the pandemic. Biden’s administration is also providing intellectual ammunition to teachers’ unions and others who keep children locked out of schools, one of the greatest continuing disruptions from Covid-19. Biden sometimes seems clueless about the limits of his authority, as indicated by his bizarre specifications last week on how he might permit Americans to gather in “small groups” in backyards to celebrate the Fourth of July. There will be no honest assessment of the failure of federal, state, and local responses to Covid-19 from the Biden team.

Can politicians convert the big checks they send voters into a blank check for additional power for themselves? Biden recently told congressional Democrats that “Americans are in lockstep on each major element” of his rescue act. It is unclear whether Biden actually believes his support is that broad. Regardless, as a top USAID official admitted regarding Afghanistan, “We had no legitimacy if we weren’t flooding the area with cash.” And when the U.S. money gushers ran out, the Taliban returned and took control.

Children are taught to distrust adult strangers who loiter around playgrounds and offer them candy. But many adults fail to recognize the same peril when politicians promise them something for nothing – or merely for their vote. The Supreme Court warned in 1971, “The history of government grants of a continuing cash subsidy indicates that such programs have almost always been accompanied by varying measures of control and surveillance.” The only certainty is that the ultimate bill for the ongoing deluge of federal benefits will be far higher in taxes and lost prosperity than politicians admit. Will Americans recognize the MAAWS peril to their own rights and liberties?

Author: James Bovard is the author of ten books, including Public Policy Hooligan, Attention Deficit Democracy, The Bush Betrayal, and Lost Rights: The Destruction of American Liberty. He has written for the New York Times, Wall Street Journal, Playboy, Washington Post, New Republic, Reader’s Digest, and many other publications. He is a member of the USA Today Board of Contributors, a frequent contributor to The Hill, and a contributing editor for American Conservative