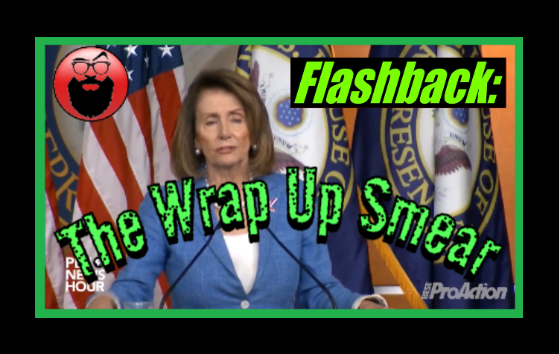 Six months after Trump took office, the media started reporting that the Democrats were accusing him of ‘Russian Collusion.’ Six months later, on June 22, 2017, Nancy Pelosi explained how politicians like her use a tactic called ‘The Wrap Up Smear.’

Harry Reid did this when he accused Romney hadn’t paid taxes for 10 years. It’s way past time to drain the swamp.