Why Dominion’s Defamation Lawsuits Are Garbage 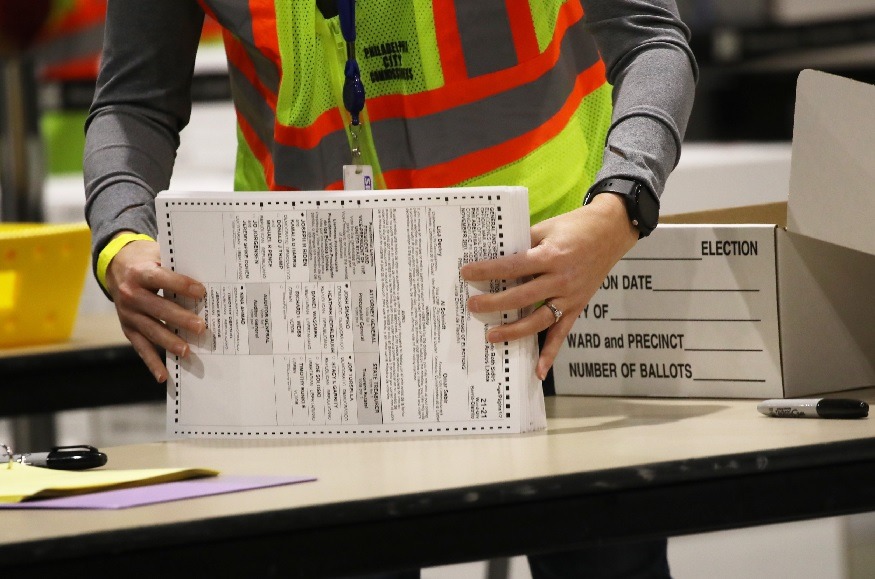 Dominion Voting Systems is suing MyPillow CEO Mike Lindell for $1.3 billion. This comes in the wake of other Dominion lawsuits against Trump advisors Rudy Giuliani and Sidney Powell. All are accused of lying about Dominion’s supposed complicity in using the company’s vote-counting software to favor presidential candidate Joe Biden in the 2020 presidential election.

The company claims [4] Lindell’s accusations “have caused irreparable harm to Dominion’s good reputation and threatened the safety of our employees and customers.” In the case of Giuliani, the company claims: “For Dominion—whose business is producing and providing voting systems for elections—there are no accusations [other than Giuliani’s claims of fraud and election fixing] that could do more to damage Dominion’s business or to impugn Dominion’s integrity, ethics, honesty, and financial integrity.”

Behind all of this is the usual logic of a defamation lawsuit. Dominion’s owners are concerned that Lindell, Giuliani, and Powell have cost the company money by saying things that could potentially hurt Dominion financially.

It’s entirely possible that Dominion may have a case, at least legally speaking. Dominion is nominally a private company. But will need to prove the usual elements of a defamation suit, namely, that Lindell et al. made false statements about Dominion and that they knew these statements were false. Dominion must also show it suffered damages.

Fortunately, this is very difficult to do in American courts. This is especially true for government officials and “public figures” of any kind. In those cases, a plaintiff must also prove that the defamation was committed with malicious intent and recklessness.

This presents a very high legal standard to meet. And rightly so.

In any case, a respect for freedom of speech would render most, if not all, defamation suits null and void. As I’ve noted in the past [5], defamation law opens a Pandora’s box of legal strategies that can be employed to silence people the regime and its allies find to be inconvenient.

In the case of Dominion Voting Systems, however, the company should not be able to sue for defamation at all. This is because Dominion is a private company in name only, and in reality is a de facto government agency.

In the 1964 case New York Times v. Sullivan, the US Supreme Court concluded [6]:

For good reason, “no court of last resort in this country has ever held, or even suggested, that prosecutions for libel on government have any place in the American system of jurisprudence.”

The reasons for this should be obvious. Government agencies enjoy monopoly privileges and are funded through the coercive collection of taxes. Even the most blue-pilled regime sympathizer can probably see the danger that arises from also granting this monopolistic agency the right to sue people for criticizing it. After all, the liberal notion of “free speech” was codified in documents like the Bill of Rights primarily for the purposes of ensuring critics of the regime would be legally immune from the regime’s attempts to retaliate.

In its lawsuits against Lindell, Giuliani, and Powell, the company is proceeding as if it were just another private company. The basic claim is “we’re just a poor, innocent group of entrepreneurs being defamed!”

But “private” is clearly not an appropriate term for describing a company like Dominion. And “entrepreneurship” has very little to do with it. This is a company that is overwhelmingly geared toward serving only government agencies and performing what can only be described as government services. Dominion provides ballot-counting software and related services. Its only “clients” are apparently government agencies. As such, Dominion’s revenue comes from tax revenue. The company and its founders are not “entrepreneurial” in any sense except in the sense of a “political entrepreneur [7],” who seeks profit through government subsidies and contracts. The company does not interact in a free and open marketplace where real customers exchange money with the company in exchange for a good or service. Rather, taxpayers are forced to support Dominion through taxation, and taxpayers have no meaningful say in whether or not they “pay” Dominion. In short, the relationship between Dominion and the people who ultimately fund Dominion is one of coercion and exploitation.

In this sense, Dominion is like many other de facto government agencies which rather unconvincingly claim to be “private” in any sense other than the legal. One such example is Academi—formerly known as Blackwater—which supplies mercenary troops and related services to government agencies. The company was founded and managed by former CIA agents and other bureaucrats who presumably wanted to cash in the on the lucrative business of government contracts. Academi’s revenue has overwhelmingly come through these contracts, and as such, it is funded by the sweat and toil of the taxpayer.

Of course, this hasn’t stopped Academi’s founder, Erik Prince, from ridiculously claiming to be some sort of free market entrepreneur [8].

We might also point to other “private” companies that cater to governments. This would include weapons manufacturers like Lockheed Martin, or even road construction companies whose business plan is based around construction of government projects.

It’s not unusual to encounter engineers and owners from companies like these who make snide remarks about “government bureaucrats.” In truth, these people are only describing themselves. If their income comes primarily from tax dollars, they are de facto government employees.

Naturally, we could see the danger that arises from allowing these companies to sue their detractors for defamation. For example, given that Academi has been a key component of the brutal and bloody US occupation of Iraq, many critics have claimed over the years that Academi has murdered countless Iraqis. Are such statements defamation? A court could agree. Were Academi to sue such critics, though, the company would just be using tax dollars to sue taxpayers for daring to criticize an agency carrying out government policy.

This is also true of Dominion when it attempts to sue critics for defamation.

So, was Dominion defamed by its critics? Who cares? This should be considered of no more importance than whether or not the ATF (Bureau of Alcohol, Tobacco, Firearms and Explosives) is being defamed when critics of the Waco massacre contend that federal agents murdered Branch Davidian women and children. Allowing a government agency to sue in such cases would be a direct assault on free speech and the freedom to verbally attack perceived abuses by the regime.

De facto government agencies like Dominion (or Academi or Raytheon) should not be allowed to pose as legitimate private companies deserving of private sector legal protections. If they don’t like it, these firms can get in the business of offering real, voluntary services in the marketplace sans the taxpayer largesse.

Author: Ryan McMaken (@ryanmcmaken) is a senior editor at the Mises Institute. Ryan has degrees in economics and political science from the University of Colorado and was a housing economist for the State of Colorado. He is the author of Commie Cowboys: The Bourgeoisie and the Nation-State in the Western Genre.

“My Butts Been Wiped.”