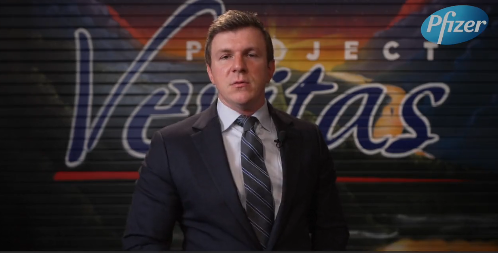 Jordan Walker is, or maybe more accurately was the director of Research & Development for Pfizer. Recently he sat down for a few cocktails with an undercover reporter for Project Veritas. As you’ll see in the video below, Mr. Walker literately spilled the beans on the latest attempts by the pharmaceutical giant to mutate the Covid-19 virus to make it more deadly. I’m no scientist but it sounds suspiciously like ‘gain of function.’

It doesn’t make sense to mutate the virus to be more potent unless the mutations happen naturally & goal is to better understand & effectively treat it. To purposely manipulate it to be more deadly is wildly irresponsible & indistinguishable from work done for biological warfare. Or, is that in effect what they’re planning on doing?

“Don’t tell anyone this…There is a risk…have to be very controlled to make sure this virus you mutate doesn’t create something…the way that the virus started in Wuhan, to be honest.”

Three major takeaways from this news:

1. Gain of function seems acceptable in the halls of Big Pharma if its called “Directed Evolution.”

2. Our regulation and safety protocols against pharmaceutical companies have been compromised.

3. What is Congress and our President going to do about it?

If the world has learned anything from Covid, it’s that gain of function research has no place in modern medicine. Shame on the NIH for using tax payer dollars to fund it and shame on Pfizer for doing it … AGAIN!

In this case all I can say is, the so called ‘experts’ have demonstrated they cannot be trusted with operating anything more dangerous than a can opener.

The Worst Job Interview in History