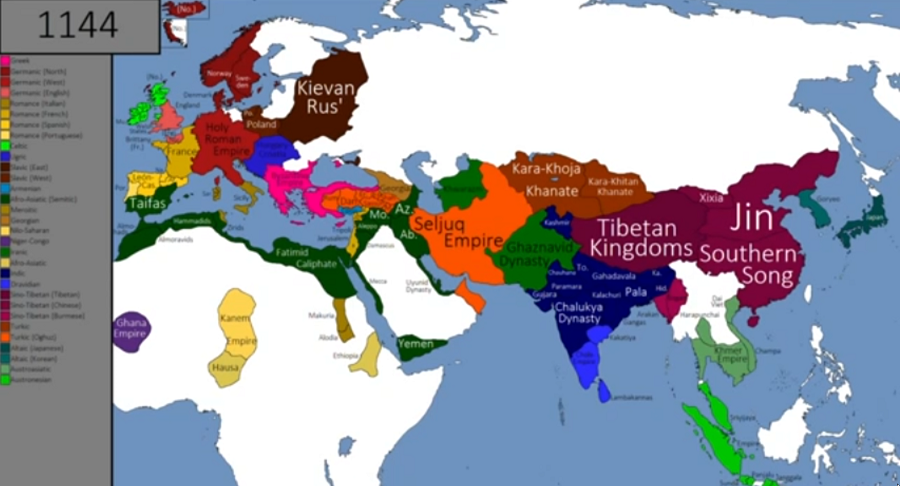 This is history as we know it. Again I stress to say as we know it at this moment in time. Because all the scrolls of Alexander The Great’s library were burned, as we are to believe. So therefore we are missing this information. And a massive amount of information as it was/is.

We also never had access to the vaults of the Vatican. Why the frick not I ask? If the Vatican is such a holy and amazing place and supposedly for the good of man then why can we not just go look at that information? Why has it been held in such high security for centuries as it has?

That has never made any sense to me at all. So if you think this is real and true history you better check yourself. Because through out history all the people that have come up with theories that have plenty of evidence that are contrary to the established history guidelines were driven out of their fields and either sent to prison, killed, driven into poverty and obscurity, or what ever it took to shut them up without making it look like they were reprized against by the establishment.

I think in the future we will be given some information that will rock the brains of all the sleeping sheeple. Once the real information is given, and not just some idiot pundents on the screen you are watching but real evidence people will either never believe or just be shocked so far to their core they might even go nuts.

I think that there has been a plan that has been orchestrated to cover up all this information from all of us. This plan has been carefully orchestrated over centuries if not much longer. This plan also included the the eventual depopulation of the world once these sick so called elites figured out immortality. I think they figured that shit out and perfected it. This is why they initiated the COVID push, which in turn allowed the excuse for wide spread control by the “world”. Which in turn the Great Reset and New World Order (NWO) is being pushed even harder. Look back at our previous articles on these subjects for more in depth information.

Now you understand these facts look back at what the World Economic Forum (WEF) and those ass wipes that attend the yearly Davos have been saying in their meetings. Look back to when they started the Davos meeting and the push for the NWO. Look back at what has transpired in history and what they say before and after these events and how they link. Look back at who has mentioned the phrase NWO in history also look at their family trees.

Look back at where these people came from and what their families have done in history. These facts are easily found and easily corroborated. Look at the map and see where the power in the world went as things evolved and who was in charge I mean really in charge. You know the Federal Reserve is in charge of this country not we the people really. Once the Federal Reserve was allowed to be created (in 1913) this was a signing of a death warrant to all of the people in the US and then the world.

The United States was the rubber stamp for the rest of the world. Once these so called central banks were allowed elsewhere things went seriously seriously bad. Corruption went through the roof. Things went bad so quickly nothing made any sense in any way. A new thing called inflation was invented to punish the people of the country that had central banks.

If you look back in history inflation never existed in places like Africa where there were no central banks. There were no unemployment lines in those nations either. There were no government handouts. There were no taxes of any kind. There was nothing of that sort because there was no need. All of the previous are doctrines of a Socialist or a Communist Country. Just read the Communist Manifesto by Karl Marx.

Strife happens when one person/organization has power over a single element in your economy. There were wars over the access to salt before money was a thing. Because salt was important to live and one person held a monopoly on it and was being a selfish prick trying to cause strife in the world. They wanted the control for their evil selves.

So as people of this world we should never ever relinquish power of anything to one single entity. Right now the Federal Government is that entity that is doing everything it can to gain all the power which includes the removal of weapons from the people so we cannot revolt against a tyrannical government. Which is our very right given to us by God. This includes the rest of the God given rights mentioned in the Constitution.

The simple fix to all these problems of the world is to gather everyone in singularity. Because Where We Go 1 We Go All WWG1WGA. Nothing can stop such a movement, nothing at all. This four thousand year history lesson tells you there are forces that are being used in order to control we the people. So stop allowing a single entity control a single part of you. You are free person by the right of God because you were born of God.

Remember this as you go forward. Remember this while talking with people about these very subjects. Stop falling for the fear and the narrative being spouted and spewed like projectile vomit on every media possible. Leave the matrix of fear and lies and see the world for what it really is and allow the possibilities of future freedom come to fruition freeing us from the evil that desires nothing but division, death, and power.

Idiots Out Wondering Around