Skip to content
Come and Take it Second Ammendment 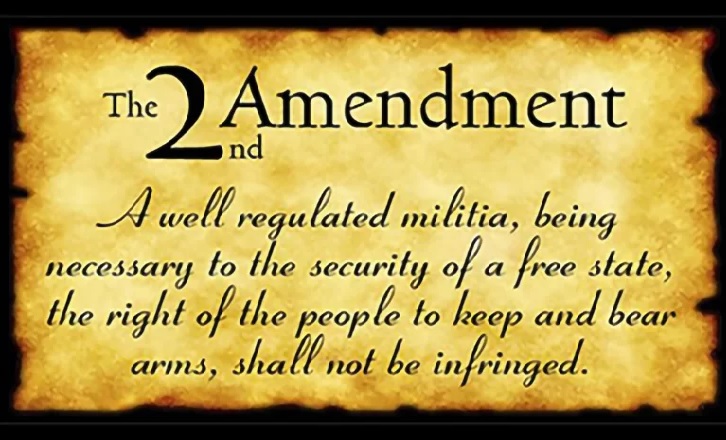 I have grown weary of anti-2nd Amendment proponents having a platform to espouse ideas that do not stand up to reason. Mr. David Keranen’s continued articles in our local newspaper ( here, here, here, here, & here) are a prime example of this and I would like to throw some ideas out that are not often brought up.

The 2nd Amendment has the same standing as all of the other amendments. To try and criticize the 2nd Amendment as only protecting muskets is ridiculous, using the same logic since computers, cell phones, e-mail and the internet, were not present when the Bill of Rights was written. It would be perfectly correct for the government to censure all of that free speech. Do you want the government to take over and restrict/limit your speech on those platforms? Electronic forms of communication should not be protected by the 1st Amendment. The 4th Amendment would also be compromised regarding searches. Are you OK with that?

Most handguns sold today are semi-automatic. If all semi-automatic handguns were taken out of the public’s hands, then I assume revolvers would still be legal? Revolvers shoot just as fast as semi-automatics, but reloading is slightly slower. Revolvers are also more powerful than semi-automatic guns. What happens when crazy people are restricted to just revolvers? Are we going to ban them next? It’s a slippery slope to banning everything which really is the ultimate goal.

Rifles account for a very small percentage of murders per year. (Look up FBI crime statistics). AR-15s are used in less than 60 murders per year. Knives, clubs, bats, fists, feet and other objects all kill more people per year than AR-15s. In the average year, more people die from bee stings than AR-15s. Are we going to ban these things as well? How about slippery showers and uneven sidewalks? All of those kill more people than ARs.

Let’s talk about AR-15s. AR does not stand for assault rifle. It stands for Armalite Rifle, the name of the original maker of the rifle. It was invented in the 1950s as a hunting/sporting rifle for the general public. It is not a military weapon. It is also not a high-powered caliber compared to all other center-fired rifles. It is a .22 caliber firearm. In fact, the California Department of Fish and Wildlife deems it underpowered for deer hunting. There is no such thing as an “assault rifle.” The features of an AR that people recognize as an AR (stock, fore-grip, magazine, pistol grip, etc.) have no bearing on the function of the gun. If all of those features were removed, and the gun, now, looks like your Grandpa’s hunting rifle, the gun operates the same exact way, same gun, same ammunition, same bullet.

There are more than 20 million AR-style rifles in the public right now. Very few are ever used in crimes, let alone murders. Most “mass shootings” are actually committed with handguns, not AR-15s. ARs are the most popular rifle in America, as they have been for the last 30 to 40 years. It is also interesting to note that Toyota Corollas are the most popular car in the U.S. Maybe to reduce automobile accidents, we should ban these also.

As law-abiding citizens, why should we have to give up our rights because of an extremely small percentage of people broke the law? Some deranged, unhinged people read things on the internet or other sources and do bad things. Let’s ban books and censor the internet for everyone to prevent that. Everybody should lose their 1st Amendment rights to make us all safe. As Benjamin Franklin said, “Those who would give up essential Liberty, to purchase a little temporary Safety, deserve neither Liberty nor Safety.”

So if all semi-auto handguns are banned for public use, do the police, military and governmental agencies still keep theirs? Does the Secret Service, which protects the president of the United States and others, still have theirs? Who protects me? Do I get Secret Service protection? Do you? So the goal here is to take all the guns away (shotguns are even more dangerous than AR-15s, as are higher caliber center-fired rifles). So the only group that can have guns is the government? How did that work out for Germany in the 1930s? Russia? China? North Korea? Cuba? The purpose of the 2nd Amendment is to protect the people against a tyrannical and over-powerful government that erodes the rights of citizens.

There are about 120 people killed each day in automobile accidents in the U.S. About 10 percent to 12 percent are caused by distracted drivers — that means people using cell phones. That is about 12 to 15 people per day killed by cell phones, or 85 per week, or 4,380 killed each year by cell phones usage. Shall we ban cell phones?

Before the Revolutionary War, the colonists endured many usurpation’s against them. Taxes on tea, lead, paper and other items. The rallying cry was “No Taxation without Representation.” This went on for decades. The final straw that set off “the shot heard around the world” was when the British decided to disarm the colonists and marched on Lexington and Concord in order to take away the arms of the colonists. Disarming the population was the final straw.

Unfortunately, the world is not a safe place. Life is not without risk. Innocent people are harmed and killed every day through no fault of their own. Just look at the news; car accidents, disease, planes, workplace, hurricanes, earthquakes, recreation, etc. Studies show that guns are used in self-defense anywhere from 500,000 to 3 million times per year. Those are lives saved from potential murder, assault and rape. Remember, law enforcement is not there to protect you and cannot be held responsible if you are harmed. When seconds count, the police are only minutes away.

Guns are dangerous. So are ideas. The 1st Amendment protects ideas. The 2nd Amendment protects the 1st. It is not there to protect hunting. The 2nd Amendment is not a restriction on the citizens. It is a restriction on the government. The statement “shall not be infringed,” is self-evident. The colonists and founders of this nation knew that all rights were ultimately based on the right to bear arms.

Roger Strader is from Shafter CA