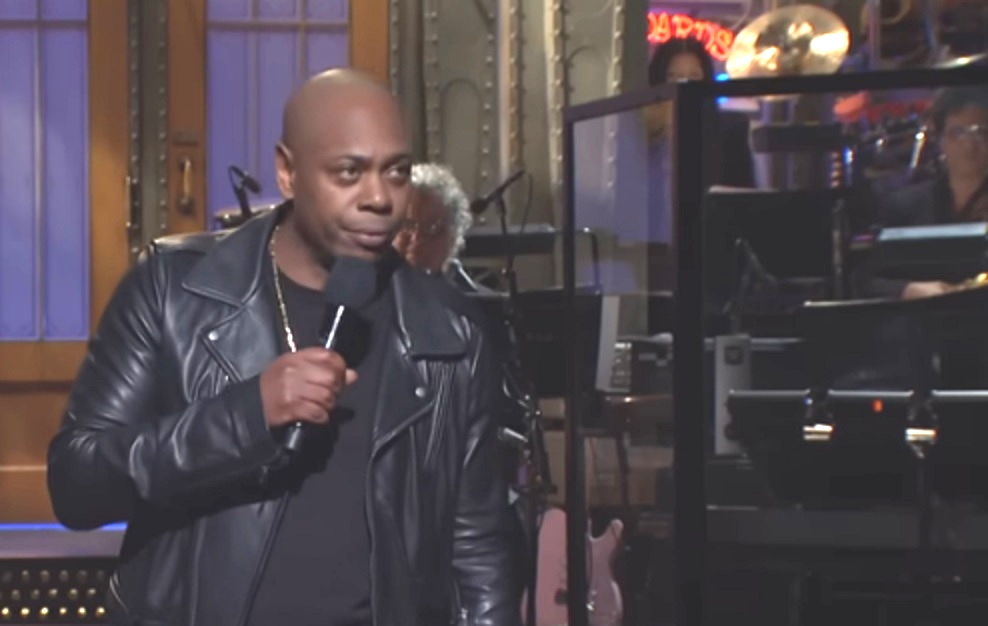 Comedian Dave Chappelle reportedly tricked SNL producers into allowing his controversial stand-up routine in relation to Kanye “Ye” West to be broadcast by providing them with a fake monologue during dress rehearsal.

Chappelle was blasted for “desensitizing” Americans to anti-semitism after he told a number of jokes relating to Jewish power interests in Hollywood and the media.

Although the comedian opened his monologue by saying, “I denounce anti-semitism in all its forms, and I stand with my friends in the Jewish community,” he proceeded to riff on the double standards of how scrutiny of Jews is treated differently to other ethnic groups.

“I learned that there are two words in the English language that you should never say together in sequence. And those words are ‘the’ and ‘Jews,” joked Chappelle, before noting that everything was a game of “perception.”

“If they’re black, it’s a gang. If they’re Italian, it’s a mob. If they’re Jewish, it’s a coincidence and you should neeeever speak about it,” said Chappelle.

He also noted how Kyrie Irving had been given an absurdly long list of things to apologize for by the NBA before asserting that the persecution of Jews couldn’t be blamed on “black Americans.”

“I’ve been to Hollywood…this is just what I saw, it’s a lot of Jews, like a lot,” Chappelle added. “But that doesn’t mean anything, there’s a lot of black people in Ferguson, Missouri, doesn’t mean they run the place.”

The Daily Beast immediately accused Chappelle of echoing Ye’s anti-Semitism, while the ADL’s Jonathan Greenblatt asked, “Why are Jewish sensitivities denied or diminished at almost every turn? Why does our trauma trigger applause?”

“Dave Chappelle’s SNL skit was a meticulous & calculated move to desensitize the population from anti-semitism, getting society to laugh at Jewish traumas/struggles, and normalizing historic tropes by manipulating the average person’s pain and redirecting their reactions onto Jews,” asserted Rudy Rochman, a Jewish-Israeli rights activist.

It has now been revealed that Chappelle had to slip the monologue by SNL producers, suggesting he feared they’d censor it, by giving them a fake alternative during the show’s dress rehearsal, and then performing the real ‘edgy’ monologue during the live show.

“Dave does a fake monologue during the dress rehearsal, because he doesn’t want [‘SNL’ creator] Lorne Michaels, or anyone else, to know what his real monologue is,” a source told the New York Post’s Page 6.

During the dress rehearsal, Chappelle also apparently told a joke about an SNL writer who had refused to work with him on the show due to being offended over the comedian’s previous “transphobic and homophobic jokes.”