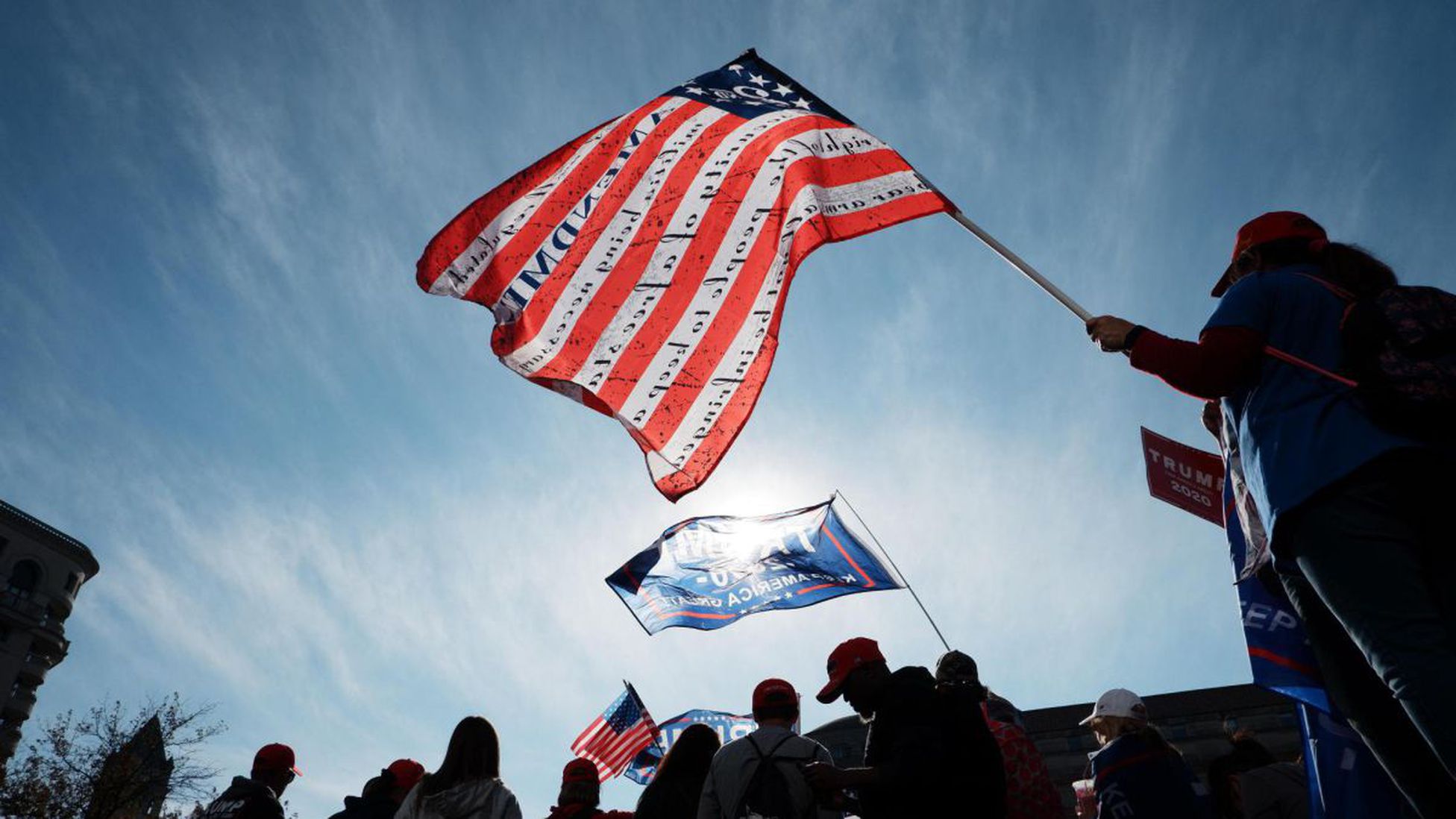 Remember when we got election results on election night? Those were the days. Now we have to wait for the elites to fiddle about with the results. What we do know is that the #1 reason Democrats demanded we vote for them and ignore the mess they’ve made of the country, only brought the Kool-Aid-guzzling true whack jobs, who’ll vote Democrat no matter what, out to the polls. No one outside the MSNBC/CNN core audience believes that the people in the Capitol on January 6 represents some sort of ongoing threat to democracy:

After reading exit polling suggesting that skyrocketing inflation is voters’ top concern, CNN lamented that voters are more worried about the rising cost of groceries and gas than leftists’ “threat to democracy” lies. “You know what’s missing from this one, two, three, four, five, top five issues? Democracy. It’s not even here. That’s not to say it’s not an issue for people but it doesn’t even come close,” CNN’s Dana Bash whined during her network’s election night coverage.

It’s not shocking that “democracy” doesn’t crack the top list of issues on the minds of voters, who care far more about how much it cost them in gas money just to get to their polling place and what gender-bending nonsense their kids could be learning in math class at the very moment they were casting their ballots. What is shocking is that the media elites nestled inside the Acela Corridor and D.C. Beltway ever thought Americans were buying the “democracy under threat” propaganda they were selling.

This leaves support for abortion and out right voter theft as the only reasons Democrats could actually win in light of the inflation and recession they have caused, the over the top crime statistics and the ongoing invasion of our southern border.

Regarding the latter, the Democrat candidate for Governor of Arizona, Katie Hobbs is an absolute moron who would not even debate her opponent Kari Lake, but who is the current Secretary of State, making her responsible for overseeing the conduct of her own election. This has turned out exactly as I thought it would:

Democrats tend to take advantage of early voting and mail in voting so basically they vote in advance, Republicans vote mostly on election day. This may explain why over 25% of polling locations in Maricopa County had major problems with vote tabulation machines. In response, Republicans filed an emergency lawsuit to extend voting hours, but a judge shot it down.

It is a cliché because it’s true: whatever Democrats accuse their opponents of, they themselves are guilty of. Their opposition to voter integrity laws indicate that this applies to their insistence that Republicans are a threat to democracy.

Democrats know they have to cheat to be sure of winning, and anyone who tells you it’s “normal” for votes to take weeks to count is lying to you and priming the pump for some election rigging. How can Florida count 7.5 million ballots in 5 hours yet it take days for some states to count less than 2 million?

What a load of crap.

One thought on “Nobody Bought Into That “Threat to Democracy” Bull***t!”