Pandemic Amnesty? Are They Kidding? After This? 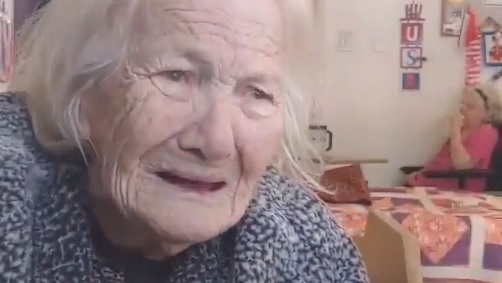 Liberal establishmentarian, Emily Oster of The Atlantic magazine seems to think that they should be granted some form of amnesty for the pain, misery and destruction they inflicted in the name of Covid, on the grounds that they just didn’t know any better:

We have to put these fights aside and declare a pandemic amnesty. We can leave out the willful purveyors of actual misinformation while forgiving the hard calls that people had no choice but to make with imperfect knowledge. Los Angeles County closed its beaches in summer 2020. Ex post facto, this makes no more sense than my family’s masked hiking trips. But we need to learn from our mistakes and then let them go. We need to forgive the attacks, too. Because I thought schools should reopen and argued that kids as a group were not at high risk, I was called a “teacher killer” and a “génocidaire.” It wasn’t pleasant, but feelings were high. And I certainly don’t need to dissect and rehash that time for the rest of my days.

Well, not everybody is in a mood to forgive them:

First, no, you don’t get to advocate policies that do extraordinary harm to others, against their wishes, then say, “We didn’t know any better at the time!” Ignorance doesn’t work as an excuse when the policies involved abrogating your fellow citizens’ rights under an indefinite state of emergency, while censoring and cancelling those who weren’t as ignorant.

Actually, let’s be honest, they weren’t ignorant, they lied. There was plenty of evidence indicating that lockdowns, masks and other mandates were not only ineffective but destructive. They knew it, but for political reasons they lied about it.

[T]he ultimate problem, from a legal perspective, with Oster’s call for “amnesty” for the advocacy of totalitarian policies during Covid [is] the implicit assumption that all those who advocated lockdowns, mandates, censorship and an indefinite state of emergency, all the way up the chain of command, did so in good faith. If those who advocated these policies are simply presumed to have done so out of well-meaning ignorance, then any inquiry into the many outstanding questions as to the origin of these policies – and the underlying motivations of highest-level officials who promulgated them – is foreclosed.

Don’t get me wrong, there are times when forgiveness is a good policy but that’s only appropriate when we find the three R’s of Remorse, Repair, and NOT Repeating the same action. But here it seems progressives and ‘Never Trumpers’ are only trying to run away from the consequences of their behavior. There is no reason to believe they would not do the same or worse in the future, next time in the name of some other bugaboo, most likely to be the make-believe climate crisis.

Matt Walsh is in no mood to forgive either and he’s right. They knew what they were doing was wrong because we knew it. And we were all saying it early on:

“Move on? I’ll move on after there have been military tribunals. I’ll move on when Fauci and his comrades are tried and convicted for crimes against humanity…That’s when we can move on.”

Walsh is spot on when he asks, how did we know, when our ‘public health authorities’ did not? We didn’t have access to information they did not. It was all right there, in the open for anyone to search out on a little thing called Google.

I for one began searching out studies on mask efficacy in April of 2020. For example, I discovered, after reading three different studies, that 99% of masks were useless against any form of coronavirus. And the only mask with any effectiveness was the N95 mask which was only effective 35% of the time. Now ask yourself, how did I know that? I’m not a doctor or a research scientist, I was just a radio talk show host at the time. Simple, I looked up the most recent scientific research on the internet and I read it. It’s not hard.

Matt Walsh and I aren’t the only ones, Kari Lake wants justice too; no wonder they fear her:

“I want to have a commission to investigate Covid and how it was handled in this state. And hand up any civil, or criminal charges that need to be made. Because we’re not just got to forget what happened when our lives were turned upside down.”

I’m not gloating about knowing they were wrong, I’m not asking for revenge, I simply want justice. Peoples lives were destroyed, businesses were destroyed. Children were irrevocably harmed from school lockdowns and mask mandates. Elderly people were harmed in a multitude of ways, from housing Covid patients in nursing homes, to being left to die alone in those same nursing homes without family members by their sides allowed to say goodbye.

Please watch the video below. This sweet little old lady, unable to understand why she has to look at her son and his family through a pane of glass rather than hold them close to her, in what could at any moment be her last moments on earth brings me to tears each time I see it.

If this doesn’t break your heart you have no soul.

She didn’t have to be treated this way.

This is why I want justice. Justice for those family’s who endured this for nothing, no reason other than the left’s insatiable thirst for power and control!

One thought on “Pandemic Amnesty? Are They Kidding? After This?”