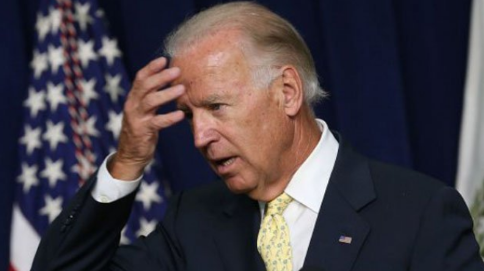 Joe Biden claimed Thursday that inflation will get worse if Republicans take control of Congress after the midterm elections. What he means is, he’ll make it worse.

He was talking about inflation during a speech to a bunch of Libtard Democrats in Los Angeles referring to new data concerning the consumer price index from the Labor Department.

The numbers showed that prices are going to go up even more, as prices increased 0.4 percent from the month of August.

Core inflation, a data point excluding food and energy, increased 6.6 percent from a year ago, the highest since 1982.

He also tried to take credit for the cost of gas supposedly declining from record prices during the summer, while still not taking credit for it rising in the first place.

“That’s progress,” he boasted. “But a lot of it is the result of getting the cost of living at the gas pump down, by more, now even in California now by more than a dollar nationally since we started this summer.”

But, I digress. Let’s get back to this idiotic theory that if the Republicans win, inflation is going to get worse.

The day before Biden spoke in LA, Chris Hayes basically said the same thing on his MSNBC program, “All In My Mind with Chris Hayes”: “I feel confident in predicting that if Republicans win control of one or both houses of Congress, they will do everything in their power to sabotage the economy to best set them up to retake the White House in 2024.”

The ridiculousness of that theory is off the charts. What exactly could the Republicans do without the President to sign any legislation they write into law? What power do they have to make inflation worse?

Maybe Kevin McCarthy has some magic crystals in his pocket or something.

The answer is they actually have no power to make inflation worse at all. The Republicans could prevent legislation from going to Joe’s desk, but none of the Republican bills would get signed and everybody knows that.

The only entity in DC that can effect inflation is Joe Biden, through either executive orders or economic regulation put in place from endless supply of alphabet agencies such as the Environmental Protection Agency, the Office of Management and Budget, the Federal Financial Institutions Examination Council, or Department of Transportation among a plethora many others.

I don’t know who came up with the idea first, Chris Hayes or Joe Biden’s handlers but I know this, it’s a threat! A threat to you, “Vote for Republicans and I’ll make things much worse for you!”

And then the White House and the Marxist Public Relations Machine of the Lamestream Media will blame Republicans 24/7 for the continuing bad economic numbers. They’ll drone on and on about how the Republicans are blocking some imaginary Democrat recovery legislation that would solve all our economic woes because they’re racist and hate “people of color” or something.

Let’s not forget that in less than two years since taking office, Biden’s issued 99 executive orders, greatly outpacing both the Trump and Obama administrations for the same time period — at a cost to taxpayers of almost $1.5 trillion.

And if that’s not bad enough The Heritage Foundation’s Matthew Dickerson told Fox News that according to the nonpartisan Congressional Budget Office these executive orders have already made inflation worse.

“That means more money getting pumped out into the economy that’s being financed by the Federal Reserve, which means the printing presses are on, which means that it adds to the inflationary pressures,” Dickerson said. “The executive actions that Biden is doing are incredibly harmful for inflation because they are specifically aimed at reducing the supply of labor and goods and services.”

So yeah, when Joe Biden says that inflation will get worse if Republicans are elected in November, he’s warning you that if you vote for Republicans in November he’s going to enact policies through executive orders that will make inflation much worse, he’ll make your life a living hell and then blame the Republicans in hopes of effecting the 2024 elections.

Chris Hayes has used his silly TV show to help set the table saying, if the Republicans win in November they are planning to deliberately sabotage the economy in an effort to effect the 2024 elections.

That’s not a conspiracy theory, that’s just how the Democrats conduct “political business as usual.”

Do not doubt me, the Democrats always telegraph their plans and you can recognize it if you’re paying attention.

They are also always projecting on Republicans actions they’re taking. While not a direct quote, Nazi propaganda expert Joseph Goebbels believed that the key to good propaganda was to always accuse your opponents of that which you yourself are guilty of. And the Democrats have been playing that game for over 50 years and it’s time to put an end to it.