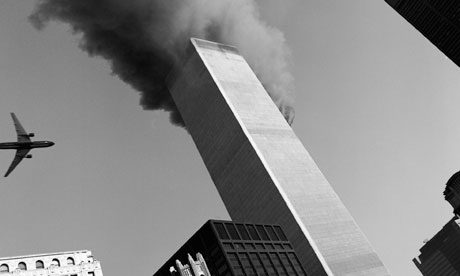 Pay close attention to what this guy said while being asked questions live on TV. I saw this footage live the day it happened and questioned everything even more.

I had questions about this event as the coverage kept scrolling in from many channels. Some secrets and information were snuck out on accident. Like this video and the true off the cuff replies by the reporter. There were others in NY as fire fighter sprinting out of the two building screaming there were explosions in the building like boom, boom, boom boom. They could understand how all of a sudden thing were falling onto them and the building was coming down.

Even more footage snuck out as well like Trump saying this does not look like a building hit by a plane and collapsing as such. He mentioned the outer skin of the building being super strong and being the actual super structure of the building and saying there is no way a plane could have gone through them.