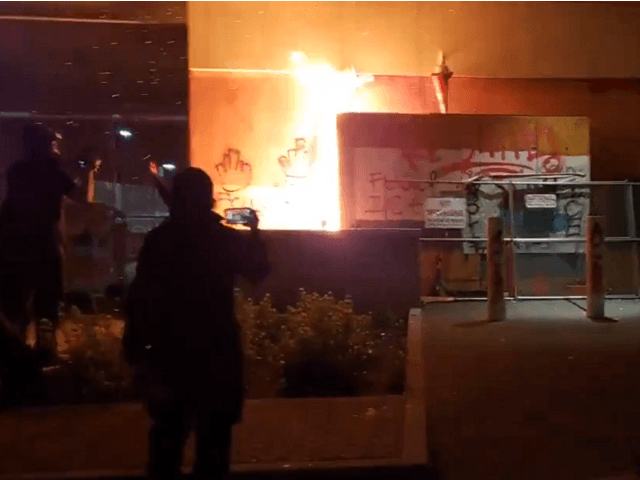 One of the most important and least understood elements of self-defense is the social “landscape” in which self-defense takes place. If you’re puzzled about that statement, let’s go with a blunt trauma example. You are visiting rainy London and have the misfortune to be set upon by thieves, whom you repel with your classic black British umbrella. Instead of a gold star and a funny story to tell your friends back home, you may very well be changed with the crime of carrying a weapon, which is defined ex post facto as carrying anything that is used as a weapon.

Under those rules, you could remove a button from your very British tweed vest, flick it in the eye of your attacker and technically be as guilty as if you were the one tossing the jar of acid in your face.

It’s fair to say that the landscape in the U.K. is wildly slanted against any sort of self-defense. Violence is the exclusive province of the state.

Until recently, the self-defense landscape in the United States was pretty straightforward. Of course the laws varied from state to state (sometimes municipality to municipality), but there was a general acceptance that, yes, Americans had a right to protect themselves and their families.

That right, however, is now inoperative (and if not completely absent, then bent wildly out of shape). This is because of something that up until recently been rare or absent in the U.S., the concept of politically sanctioned violence.

I’m going to have to carve out my own definition here, as most other definitions of political and state violence don’t really work here. Politically sanctioned violence is violence that is implicitly encouraged, allowed and/or protected by a politically entity of some sort. In the specific case we’re talking about here, the current iteration of the Democratic Party, far, far to the left of any other iteration of that party, has implicitly encouraged, allowed and protected street violence by groups such as Black Lives Matter, Antifa and other splinter groups. The actions the party, or members of the party acting ostensibly on their own, to protect the perpetrators of such violence include no or very few arrests, quick no-cash-bail-required release from jail in the case of arrests, providing or raising funds to be used for legal services of rioters, providing “services” to the perpetrators, including transportation (somebody payed for all those buses), on-the-ground legal services, water and some medical services, and the most important resource of all, cash. Also, the various federal law enforcement agencies have shown a distinct lack of interest in investigating crimes stemming from the long 2020 summer of riots and the current iteration of riots and fire-setting.

I don’t think I have to go through every incident to prove this to you guys. It is worth noting, however, the difference in the federal response to the events of January 6, 2021, at the Capitol, which barely meet the definition of a riot, much less an “insurrection.” It is April when I write this, and people are still being held without bail and in some cases without any charges being placed against them. To say this is un-American is a breathtaking understatement. Yet we already have a preview of this summer’s rioting already underway, including a recent case where Antifa set the Portland, OR, ICE facility on fire with people trapped inside…last I checked, that would be called “attempted homicide.” Arrests? Convictions? Even conceding that setting a building on fire with people inside is a bad idea?

So what does this have to do with you, a civilian concerned about personal safety?

More than you might think. Politically sanctioned violence has changed the self-defense landscape in the United States, and the sooner we accept this and modify both our behavior and training accordingly the more likely we are to stay out of the teeth of the beast.

For the most part, we have seen self-defense as binary, the defender versus the aggressor. That is consistent with the language we used on THE BEST DEFENSE; it is the language used in virtually all of the self-defense courses I have ever taken, and it makes perfect  sense, “us versus them,” good versus bad.

But what if the aggressor we face is a member of one of the politically sanctioned groups? Well, you might ask Kyle Rittenhouse, who’s life — whatever the outcome of the murder charges against him — is ruined. Without going into a huge analysis of the incident, I suspect that a lot of us would say we were legally, morally and ethically able to respond with potentially lethal force if we were attacked by an aggressor with a “deadly weapon,” whether that weapon be gun, knife, a hammer or an improvised  impact weapon, say, a skateboard. After all, that’s what we have taught and been taught.

But what if the aggressor is a member of one of the politically sanctioned — protected — groups? Here’s the Cliff Note’s answer: You are at fault, regardless of the circumstances; you are the one who will pay the price. The aggressor probably knows in advance that if he or she is actually arrested, a small likelihood, either there will be a legal team in place to spring them or they will face a “woke” district attorney elected by floods of money from globalists like George Soros, who were put in place specifically for this reason. There are no legal consequences to their actions.

And what do you think those committed, “woke” DAs will do to you? Short answer…they will destroy you.

If that doesn’t scare you enough, consider that the aggressor you face will very likely know or will have been taught just exactly how far they can go to push you into an escalating reaction. In fact, they want that escalating reaction on your part, because it will play well in the wildly biased media reports…you will be the “thug;” the aggressor will be the “victim.” That is how this particular game is played.

So, let’s get down to the nuts and bolts. Some of this material is stolen wholesale from Ed Monk of Last Resort Training’s presentation at TAC-CON 2021, and it is very consistent with my own thinking.

Author: Michael Bane is a legend who defies stereotypes. He has leveraged a career as a journalist, author, professional adventurer and acknowledged expert on firearms into some of the most innovative — and successful — shooting sports programming in the world.

Editors Note: Michael’s website is an amazing repository of valuable information. Be sure to visit and sign up for updates and join his mailing list. The videos are amazing. I can’t say enough good things about this man and the work he does. His insight is indispensable on so many levels. -Jaz McKay