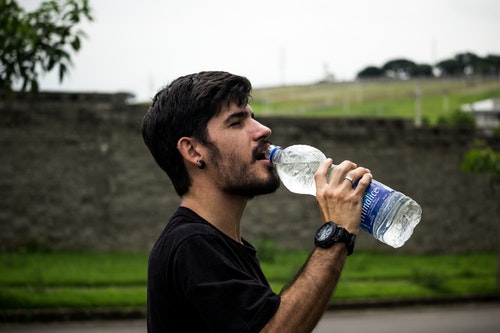 On March 25, Republican governor Brian Kemp signed a bill overhauling various aspects of Georgia’s election laws. Within hours, voting rights groups challenged the bill in federal court, claiming it is “clearly intended to and will have the effect of making it harder for lawful Georgia voters to participate in the State’s elections.”

Among the bill’s dumbest provisions: Making it a crime to “give, offer to give, or participate in the giving of … food and drink” to someone waiting in line to vote.

How dumb is that?

Dumb enough that I have to wonder if Republican legislators  put in there as bait, hoping for a judge of “Solomon splitting the baby” temperament to quash it while allowing something else just as bad to stand in “compromise.”

If you’ve ever voted in an urban center with heavy turnout, you may have spent hours waiting in line (I know I have). Under the new Georgia law, anyone offering you a bottle of water in the heat of the day risks arrest.

Strategically, the provision makes sense in an incredibly dumb (for the fifth time) kind of way.  The urban electorate, especially the black demographic, tends to break heavily Democratic. By making it harder for those voters to vote, Republicans think, they can make it harder for Democrats to beat Republicans in elections. Obvious, right?

Just because something is obvious that doesn’t mean it will work out in practice.

Republicans making it harder for Democratic voters to vote will just make Democrats work harder to get their voters to the polls.

Republicans making it illegal to hand nice, cool bottles of  water to voters will likely push a few thirsty undecided voters into the Democratic column. If those voters hadn’t heard about it before election day, they’ll hear about it in line when Democrats hand out water bottles as a form of civil disobedience and dare the cops to arrest them for it.

Even if the courts don’t strike down the water ban, the sheer meanness of it is already costing Republicans votes. And not just in Georgia.

I don’t care much for either of these two major parties. In terms of principle and policy, they’re hard to tell apart. But when one party loves and cuddles voters, while the other fears and threatens voters, the latter party is on its way out.

Whose Fault is it Anyway?