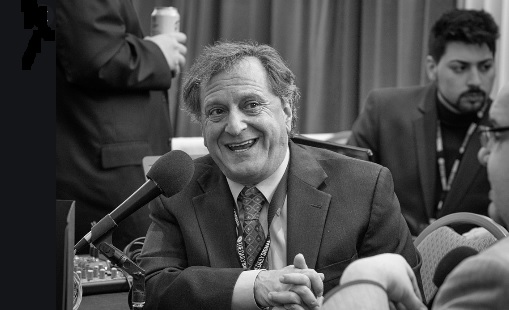 Evan Sayet’s 2007 lecture on how modern liberals think is the most-viewed talk in the Heritage Foundation’s history. I thought I’d post the video because everything he said in 2007, is on full display today. Watch it, share it and remember to remain Forever Fearless!

Evan is out with a new book, “The Woke Supremacy: An Anti-Socialist Manifesto,” in which he argues that Wokeism is a supremacist movement.

I met Evan in Fresno when he was doing stand up comedy in 2005. I remember that I was standing at the bar of the night club ordering a beer when he was introduced by the Emcee. He was the headliner and when he came out on stage he greeted the audience this way, “Thank you ladies and gentlemen, my name is Evan Sayet and liberals are so fucking stupid….”

The place exploded with laughter and what can only be described as a ‘thunderclap’ of massive applause. I had never seen him before but at that moment I knew, I was gonna like this guy!

Evan has been a writer and political commentator for years as well as a stand up comic. He was quoted several times by Rush Limbaugh and was a regular guest on my talk shows. After his liberal friends’ response to 9/11, he went on a quest to figure out what he calls “The Modern Liberal” mindset. His popular talk to the Heritage Foundation on “How The Modern Liberal Thinks” has received over 600,000 views on YouTube, and is the basis for his book, “The KinderGarden Of Eden: How The Modern Liberal Thinks And Why He’s Convinced That Ignorance Is Bliss.”

Evan has written and/or produced in virtually every medium there is. Starting out as a standup comic he was quickly noticed by David Letterman and offered a spot on a special episode featuring young talent. Segueing into writing, he was an integral part of the team that made “The Arsenio Hall Show” the first late night program in thirty years to give “The Tonight Show” a run for its money and then the very first Creative Consultant on the highly respected “Politically Incorrect with Bill Maher” (back when Maher was funny). After that Evan wrote and produced the highest rated special in Discovery’s The Learning Channel’s history (“The 70’s: From Bellbottoms to Boogie Shoes”), perfected the book for a musical comedy, wrote a screenplay optioned by Penny Marshall and even tried his hand at game shows – as the original writer of the cult classic “Win Ben Stein’s Money.”

Evan is the creator, and star of “The Right To Laugh,” which is the longest running conservative comedy show in America.

Evan Sayet’s new book is called “The Woke Supremacy – An Anti-Socialist Manifesto.” in it he takes an honest look at the Democratic Socialist movement, its founding, its history, what it is its followers want, and what it is they’re willing to do to get it. There simply could not be a more important book at a more important juncture in American — and world — history.