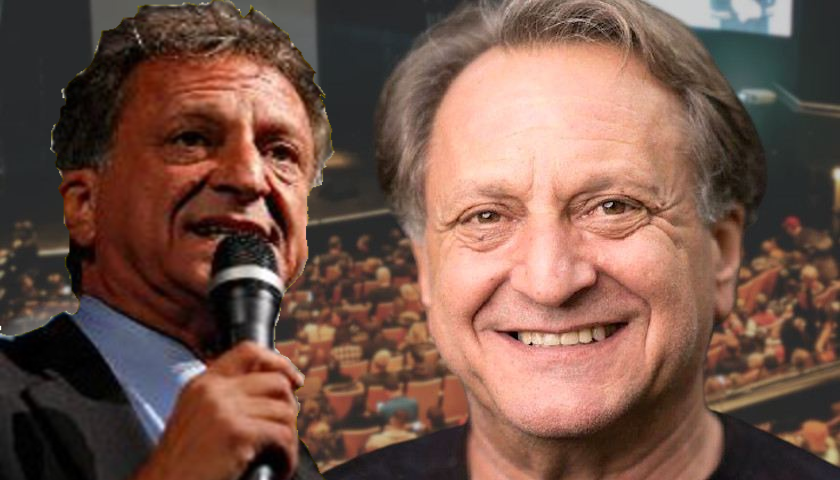 Editor’s Note: Evan Sayet, whose lecture on how modern liberals think is the most-viewed talk in the Heritage Foundation’s history, is out with a new book, “The Woke Supremacy: An Anti-Socialist Manifesto,” in which he argues that Wokeism is a supremacist movement. Following is an exclusive excerpt………..

As with those in all other Supremacist movements, the Woke Supremacist believes that all rights, opportunities, and protections are to be afforded only to those who share the Supreme Trait. All Others are not only to be denied them, but they can and must be harried, badgered, attacked, and assaulted whenever and wherever they are found.

Powerful leaders in the Woke Supremacy like Barack Obama and Maxine Waters incite their fellow Supremacists to “get in their faces” and “let them know they’re not welcome here.” Others, like the Woke Supremacist governor of New York, Andrew Cuomo, eliminate the middleman and tell the Others straight out that “they have no place in the state of New York.”

Like blacks in the Old South, the Other is denied service or spat on at coffee shops and restaurants, while men, women, and children are harangued, harassed, and forced to flee for their lives if they sit down for a family dinner in a public restaurant.

As in all other Supremacist movements, any charge leveled against the Other – no matter how ludicrous the claim and no matter how cretinous the claimant – is immediately accepted as gospel by those in the Woke Supremacy.

Whether the accused is the President of the United States, a three-star General, a nominee to the Supreme Court, or just a kid from Covington, Kentucky, and whether the accuser is a conman, a prostitute, a radical, or a terrorist, the Supremacist convicts upon accusation and the Other can mount no effective defense.

Just as with blacks accused of a crime in the Old South, the accuser doesn’t need to know where, when, who, or how or have any corroborating evidence or witnesses in order to be 100 percent “believed” by their fellow Supremacists. Conversely, no charge against those with the Supreme Trait, no matter how egregious the crime, no matter how overwhelming the evidence and no matter how numerous and credible the witnesses, will ever see justice served.

THE MINISTRY OF TRUTH

While those who now control nearly all electronic interpersonal and political communications don’t quite yet have the power to imprison those who speak against the Supremacy, they can and do “shadow ban” them and put them in Facebook jail.

This silencing of dissent effectively provides the new Supremacists with the same service that Stalin’s gulags and Hitler’s death camps provided, but in a faster, cheaper, and more efficient way. The fact that it is less bloody is, of course, a plus, but the fact that it doesn’t require train tracks, guard towers, and gas chambers also allows it to be more stealthily conducted, more easily denied, and more affordable to the Supremacists long before the revolution puts the money and power of government fully in their hands.

Whether or not this electronic ghettoizing of the Other as the Woke continue to promote their dehumanization is just a way station on the path to a more final solution is a question that should not be dismissed. It’s happened with Socialists before and more and more “highly respected,” tenured, and peer-reviewed Woke Supremacists are publicly calling for just this and, even more chillingly, doing so without the slightest rebuke from their own.

The decision as to who and what is to be cancelled is said to be based on “community standards” but, as we have seen, Supremacists have no community except other members of the Supremacy, and they have no standards except those things that are best for The Cause at any given moment. Should a beloved member of the “community” at some point commit the crime of doing their job according to the standards as written for show, this friend and colleague immediately joins the ranks of the “Haters” and is cancelled forthwith and without defense.

All of this is more than just reminiscent of Orwell’s 1984, the apparatchik of the Supremacy at places like Facebook, Google and Twitter have exactly the same job that Winston had in the Ministry of Truth: combing through communications and shoving down the “Memory Hole” anything and everything that doesn’t comport with the narratives and orthodoxies of the latest Socialist Supremacy.

THE MINISTRY OF INDOCTRINATION

The methods of silencing dissent are only slightly different on the Leftist-run college campuses where the Woke Supremacists forcibly shut down every idea that even hints at a challenge to the orthodoxies of the Woke.

One way they accomplish this is through a scheme the Supremacists have given the Orwellian name “Free Speech Zones.” These are minuscule slivers of turf, often only about a yard wide, on the furthest reaches of the campus, where there is no one to speak and no one to be spoken to.

These are the only places on the campuses the Democratic Socialists run where those who do not walk in utter lockstep with the Supremacists may speak their minds without being officially branded “Haters” and, in turn, cancelled through intimidation, violence, or decree.

Even then, these universities often require “pre-registration” for the opportunity to use these zones, not because they are so highly in demand, but so that the Others know that the Powers-That-Be have their names on file and to put the “Hater” on notice that, from then on, he’ll be watched.

On the remaining 99.9 percent of the campus, the Supremacists deny the Other the opportunity to be heard by employing yet another twisted conceit. In a slogan that could be straight out of Orwell’s Socialist dystopia, the Woke Supremacists have decreed that “Hate Speech Isn’t Free Speech.”

Since, in the binary world of the Supremacy, anything that isn’t “woke” is “hate,” there is literally nothing allowed to be said that offers even one drop of counterpoint to the unrelenting propaganda of the Supremacist administrators, professors, teaching assistants, students, and any and every other voice given sanction to be heard.

Republished with permission from CNS News.

Author: Evan Sayet has been a writer and political commentator for years as well as a stand up comic and in-demand Master of Ceremony for Republican and conservative events, who wrote the bestselling book “The KinderGarden Eden: How the Modern Liberal Thinks.” His latest work is entitled, “The Woke Supremacy: An Anti-Socialist Manifesto” He has written and/or produced in virtually every medium there is. He was an integral part of the team that made “The Arsenio Hall Show” a hit that gave the Tonight show a run for it’s money, and was head writer of the cult classic “Win Ben Stein’s Money.” Evan is also the creator, and star of “The Right To Laugh,” which is the longest running conservative comedy show in America.