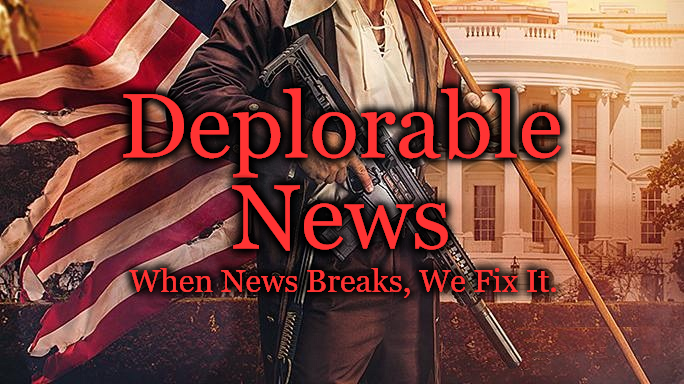 Wait, I thought there were zero irregularities in the election, no problems anywhere right? How could this happen??

Via The Detroit News

Because Benson did not go through the proper rule-making process when issuing the guidance, clerks do not need to comply with it for future elections, Murray ruled last week.

“The presumption is found nowhere in state law,” wrote Murray, an appointee of Republican former Gov. John Engler. “The mandatory presumption goes beyond the realm of mere advice and direction, and instead is a substantive directive that adds to the pertinent signature-matching standards.”

Cruz Leads Delegation To Border To Investigate Conditions There…

Texas Sens. Ted Cruz and John Cornyn will lead a Senate delegation to the border next week, as Republicans are ramping up the pressure on the Biden administration for what they say is a crisis fueled by the administration’s own immigration policies.

“The crisis at the border is the direct result of the Biden administration’s failed immigration policy,” Cruz tweeted Tuesday.

This sounds like the plot to some bad 80’s movie.

In a sparkling silver dress, the homecoming queen at J.M. Tate High School in Cantonment, Fla., stood on the football field on a brisk evening in late October to accept her crown.

But among the students, whispers had already begun spreading about her victory. The homecoming queen had bragged for years about abusing the access her mother had to student records as an assistant principal in the same school system, witnesses later told investigators.

Now, witnesses said, she was boasting about using the same access to cast hundreds of ballots in her own election.

It’s a good idea to get a head start, but does anyone actually think Biden will make it to 2024?

Republicans are ramping up their attacks on Democrats over the ongoing crisis at the Southern border, including a new ad campaign accusing President Joe Biden of opening the border instead of focusing on opening schools and businesses.

A 30-second digital ad from the American Action Network, an affiliate of the pro-Republican Congressional Leadership Fund, launched Tuesday and is running in 16 Democratically-held House districts across the country. The spot encourages viewers to “tell Congress” to “enforce the law and stop the Biden border crisis.” It’s among the earliest Republican efforts to concentrate on the issue of the border and Biden’s handling of it.

VIDEO: Gov. Newsom Says Top Proponents Of His Recall Are All Right-Wing Extremists…

An order of Catholic priests has pledged $100 million in reparations to the descendents of people who they owned as slaves during the early decades of the American republic.

The announcement by leaders of the Jesuit Conference of Canada and the United States is one of the largest initiatives of its kind by any institution, and the largest thus far by the church, The New York Times reported on Monday.

Police have been responded numerous times over the last year to complaints of huge fireworks going off all hours of the day and night on this street. I know what that’s like because in my neighborhood in Bakersfield, CA we have that same problem every night, all year long. I’m sorry for the loss of life but it’s hard to have much sympathy.

Two people died after a massive explosion set off by fireworks at an Ontario house rocked a residential neighborhood Tuesday.
Ontario explosion

Ontario Fire Department Chief Ray Gayk said at a media briefing that commercial-grade fireworks started the fire at a roughly 1-acre residential lot near West Francis Street and Fern Avenue. The fire department’s bomb squad is clearing the area, and several agencies, including the FBI, are investigating the incident.

Be honest, is there a bigger dufus in the history of the United States Senate than this shit stain?

The FBI is facing new scrutiny for its 2018 background check of Brett Kavanaugh, the supreme court justice, after a lawmaker suggested that the investigation may have been “fake”.

Sheldon Whitehouse, a Democratic senator and former prosecutor who serves on the judiciary committee, is calling on the newly-confirmed attorney general, Merrick Garland, to help facilitate “proper oversight” by the Senate into questions about how thoroughly the FBI investigated Kavanaugh during his confirmation hearing.

The supreme court justice was accused of sexual assault by Christine Blasey Ford and faced several other allegations of misconduct following Ford’s harrowing testimony of an alleged assault when she and Kavanaugh were in high school.

Senate Minority Leader Mitch McConnell gave a stark warning Tuesday about how Republicans would grind the chamber to a halt if Democrats changed the filibuster rules, leading to a “completely scorched earth Senate.”

The Kentucky Republican defended the 60-vote threshold on the legislative filibuster in a floor speech, cautioning Democrats that if they moved to change the rules of the filibuster, it would not open up an express lane for the Biden administration to push through their agenda. Instead, Republicans would use every rule and option at their disposal to halt the chamber, making the Senate “more like a 100-car pileup, nothing moving.”

Kim Yo Jong, the powerful sister of North Korean leader Kim Jong Un, warned the United States on Tuesday against “causing a stink” if it wants to “sleep in peace,” a rhetorical warning shot issued as Antony Blinken arrived in Japan for his first overseas trip as secretary of state.

In Tokyo, Blinken said the U.S. would continue to work with its regional allies toward North Korea’s denuclearization and to counter China’s growing “coercion and aggression” in Asia, according to a joint U.S.-Japan statement.

Majority Of Signatures To Recall Gavin Newsom Are From Democrats…

Gee whiz Gavin, I thought you said it was racists who were signing the recall petition…

Yeah idiot, that’s kind of the point dumb-ass, you’re a California Democrat, your policies are an epic fail and we want it undermined.

California Gov. Gavin Newsom (D) on Tuesday recognized that the recall effort aimed at ousting him from office will likely have enough signatures to spark a special election this year.

Newsom said his concern with the recall is that the supporters of the campaign are seeking to undermine the values of the California Democratic Party.

The company unveiled the second-generation model of its Nest Hub smart display in a blog post Tuesday, and this time it comes with a function called Sleep Sensing that monitors the breathing and movement of a person sleeping next to the screen — without a camera or needing to wear a device in bed.

Michelle Obama Swipes At Meghan Markle: Public Service Isn’t About Us, It’s About Those We Serve…

For once I agree with Moochelle, however I’d like to remind her and her husband to try to put that concept into real practice themselves one of these days.

Michelle replied: ‘Public service it’s a bright, sharp, hot spotlight and most people don’t understand it nor should they. The thing that I always keep in mind is that none of this is about us, in public service, it’s about the people that we serve.

‘I always try to push the light back out and focus it on the folks that we’re actually here to serve.’

Bush Hager then said: ‘But what about when she talked about the fact that she experienced racism? I mean I feel like that was heartbreaking to hear that she felt like she was in her own family, her own family, thought differently of her.’

Woke Parents Volunteering Their Children, Some As Young As 6 Months To Test COVID Vaccine…

What kind of sick fuck gives their kids over to a drug company to test on?

Moderna Inc. MRNA 8.50% has begun studying its Covid-19 vaccine in children aged six months to 11 years in the U.S. and Canada, the latest effort to widen the mass-vaccination campaign beyond adults.

The Cambridge, Mass. company said Tuesday that the first children have received doses in the study, which Moderna is conducting in collaboration with the National Institute of Allergy and Infectious Diseases and a division of the Department of Health and Human Services.

“This pediatric study will help us assess the potential safety and immunogenicity of our COVID-19 vaccine candidate in this important younger age population,” Moderna Chief Executive Stéphane Bancel said.

VIENNA, March 16 (Reuters) – A dissident band of Roman Catholic priests leading a disobedience campaign against the Vatican said on Tuesday they would carry on blessing same-sex couples in defiance of Church orders.

The Vatican said on Monday that priests cannot bless same-sex unions and that such blessings are not valid, in a ruling that disappointed gay Catholics who had hoped their Church was becoming more welcoming under Pope Francis.

In some countries, parishes and ministers have begun blessing same-sex unions in lieu of marriage, and there have been calls for bishops to institutionalise de facto such blessings. Conservatives in the 1.3 billion-member Roman Catholic Church have expressed alarm over such practices.

“We members of the Parish Priests Initiative are deeply appalled by the new Roman decree that seeks to prohibit the blessing of same-sex loving couples. This is a relapse into times that we had hoped to have overcome with Pope Francis,” the Austrian-based group said in a statement.