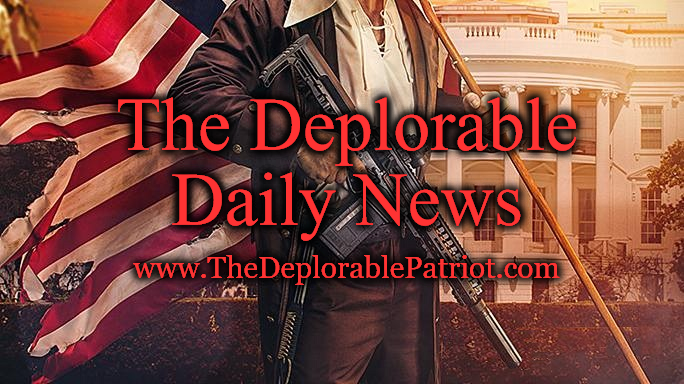 Where ‘Woke’ Is a Joke

To Defeat Woke Tyrants, the Rest of us Must Treat Them Like the Monsters They Are

Most Americans hate woke politics — and most minorities don’t share “woke” priorities. Indeed, according to pollster David Shor, woke excesses are causing black voters to flee the Democratic Party. Despite endless charges of “racism,” former President Donald Trump took the biggest share of minority voters of any Republican in my lifetime.

Woke tyrants ride high, even so; according to a Cato/YouGov poll, 62 percent of Americans self-censor their political expression. Only a tiny minority of consumers care about Mr. Potato Head’s toxic masculinity, about “Aunt Jemima” as a brand or about the #MeToo aggressions of Pepé Le Pew. Yet corporations, universities and governments rush to placate that minuscule slice of the population, trashing large chunks of our culture in the process.

Just in case you didn’t watch the Grammy’s last night here’s what you missed….

This is Cartdi-B & someone named Megan Thee Stallion, your daughters roll model’s according to the Woke Folk in America today. Cardi-B’s song WAP (Wet Ass Pussy) is about the secretions from a sexually excited woman’s vagina which has won two major music industry awards and was featured in a live performance at last nights Grammy’s.

Wet Ass Pussy debuted at No. 1 on the Billboard Hot 100 last year. It was named Pitchfork’s No. 1 Song of the Year in 2020, but it was not submitted for Grammy consideration this year and will be put forward next year as part of Cardi’s next album campaign.

While Dr. Seuss and Pepe LePew have been canceled for not being appropriate for children, this apparently is. What’s wrong with this picture?

Not Safe For Work Bad Language………

Outside of a set made to look like a convenience store, the rapper performed his protest song ‘The Bigger Picture’, with the set featuring actor and activist Kendrick Sampson in a scene referencing the 2020 police killing of Rayshard Brooks.

His performance also included a scene of a black man getting shot by a police officer. At one point, the rapper stood in front of an ‘officer’ with riot shield and the convenience store burned behind him as he performed on top of a cop car.

The artist’s performance also featured a scene in which a black man was seen being arrested by two white ‘police officers’, also alluding to the killing of George Floyd last year and other cases of perceived excessive force by police against black citizens.

The song’s lyrics include ‘protests and growing national outcry continues over the death of George Floyd,’ ‘too many mothers that’s grieving’ and ‘they killing us for no reason…been going on for too long to get even’.

In this brave new world, the state will take over your parental duties.

Children as young as two and caretakers in early education settings are asked to wear masks and split into small groups to prevent the spread of COVID-19 in updated guidance from the Centers for Disease Control and Prevention.

“Even after child care providers and staff are vaccinated, there will be a need to continue prevention measures for the foreseeable future including wearing masks, physical distancing, and other important prevention strategies,” the CDC said Friday.

The updated guidelines said that children age two and older should wear masks at all times indoors and outdoors except when eating and sleeping. Educators should install physical barriers such as sneeze guards for situations in which students cannot maintain physical distance, and they should be split into small groups to limit opportunities for viruses to spread.

As always, when dealing with the ‘Woke Folk’, he’s 100% right. Antifa and BLM have a long storied history of committing acts of violence when they don’t get their way.

Sen. Ron Johnson is receiving criticism after he said he didn’t feel threatened during the Jan. 6 Capitol riots, by a group of overwhelmingly white Trump supporters, but that he would have if the rioters had been supporters of Black Lives Matter or Antifa.

“Even though those thousands of people that were marching to the Capitol were trying to pressure people like me to vote the way they wanted me to vote,” Johnson said on the conservative talk radio Joe Pags Show last weekend, “I knew those were people that love this country, that truly respect law enforcement, would never do anything to break the law, and so I wasn’t concerned.”

Via The Epoch Times

House Speaker Nancy Pelosi (D-Calif.) on Sunday excused Democrats who launched an investigation into possibly unseating an elected GOP House representative, explaining that the margin of victory was extremely slim.

Miller-Meeks was ultimately seated in Congress after votes were counted, recounted, and certified by the state. Several days ago, the House Administration Committee started a process that could lead to Miller-Meeks being unseated.

Iran says U.S. should lift sanctions, guarantee Trump’s mistakes will not be repeated

Iran’s foreign ministry spokesman said on Monday that the United States should lift sanctions and give guarantees that mistakes made by the administration of former U.S. President Donald Trump will never be repeated.

“The U.S. should lift sanctions on Iran and also should give guarantees that Trump’s mistakes will not happen again, then we can talk within the framework of JCPOA,” Saeed Khatibzadeh told a weekly news conference.

Democratic voting rights activist Stacey Abrams on Sunday condemned Republican efforts to restrict voting in Georgia as “racist” and “a redux of Jim Crow in a suit and tie.”

Abrams, a former Georgia lawmaker, led voter drives that played a major role in flipping Georgia’s U.S. Senate seats blue in the January runoff election. The subsequent Republican push to pass laws that would curtail voting access is completely unrelated to false claims of election fraud, she told CNN’s Jake Tapper on “State of the Union.”

The Vatican’s orthodoxy office, the Congregation for the Doctrine of the Faith, urged Catholic clergy to treat gay people with “respect and sensitivity” but ruled that blessing their unions would “approve and encourage a choice and a way of life that cannot be recognized as objectively ordered to the revealed plans of God.”

As a former member of the broadcast media, I can tell you, in order to keep the ratings up, you have to have a boogie man, it’s Tucker’s turn & I’m sure he’s is loving this.

Is that a compliment or a condemnation? Depends on your POV.

But the similarities between the two men are striking. Every weekday, Carlson throws bombs, makes online memes, offends millions of people, delights millions of others, taps into White male rage and resentment, stokes distrust of Big Tech and the media, coarsens the public discourse, never apologizes for anything and — perhaps most importantly — sets the GOP’s agenda.

Sounds like a recently retired president, right? Carlson starts fires, stirs outrage, and stokes Fox’s ratings, all with Rupert and Lachlan Murdoch’s encouragement. “In some ways, he’s smarter than Trump,” S.E. Cupp said on “Reliable Sources.” Her impression is that the Murdochs “are relieved that the GOP no longer wants to tackle substance and policy and just wants to live in culture wars,” i.e. Carlson’s speciality.

The Pentagon Goes After Tucker AGAIN – His Response Broke the Internet

Tucker Carlson’s back and forth with the Pentagon has absolutely broken the internet… “If the woke generals treat us like they’ve treated the Taliban, we’ll be fine.”

You’re not allowed to know the world is waking up to the lies.

Presented Here With No Comment, This is in The “Women’s” Bathroom At Loyola…

Unidentified sources told Bloomberg that the increases will reflect the promises Biden made during his 2020 campaign.

The planned increases reportedly include: raising the corporate tax from 21 percent to 28 percent; increasing the income tax rate on people making more than $400,000; expanding the estate tax; paring back tax preferences on pass-through businesses such as limited-liability companies; and setting up a higher capital gains tax rate for individuals making at least $1 million.

Nasty Piglosi: The Biden Administration Has Inherited a ‘Broken System at the Border’

So, it’s all Trumps fault.

Speaker Nancy Pelosi (D-Calif.) on Sunday said the Biden administration inherited “a broken system at the border” as the number of unaccompanied minors crossing into the U.S. has steadily increased in recent weeks.

“What the administration has inherited is a broken system at the border, and they are working to correct that in the children’s interest,” Pelosi told George Stephanopoulos on ABC’s “This Week.”

She called the unaccompanied children crossing the border a “humanitarian challenge to all of us.”

The National Guard soldier who was found dead while off duty in Washington, D.C., earlier this week has been identified as Specialist Justin Grennell.

Grennell, 26, from Marcellus, New York, was found unresponsive in his Washington, D.C. hotel room Thursday by his roommate who tried to revive him before calling 911, a local Syracuse news outlet reported.

A picture is worth a thousand words but these images come with criminal charges instead.

A Pennsylvania mom allegedly made illicit fake videos of her daughter’s cheerleading rivals and sent them to their coaches in a bid to get the kids kicked off the team, authorities said.

The false images, which are so expertly manipulated they’re known as “deepfakes,” were also sent to at least three girls on the Victory Vipers cheerleading team, with messages urging the youngsters to commit suicide, the Philadelphia Inquirer reported, citing the Bucks County District Attorney’s Office

Raffaela Spone, 50, was charged with cyber harassment of a child and stands accused of creating the completely false snaps, which show the kids drinking, smoking and in the nude, authorities said.

Merkel’s centre-right Christian Democratic Union (CDU) was headed for its worst-ever score in the southwestern states of Baden-Wuerttemberg and Rhineland-Palatinate, according to estimates from public broadcasters ARD and ZDF.

Breaking News: Kyrie Irving Loses 100 Million Because He Is Unvaccinated