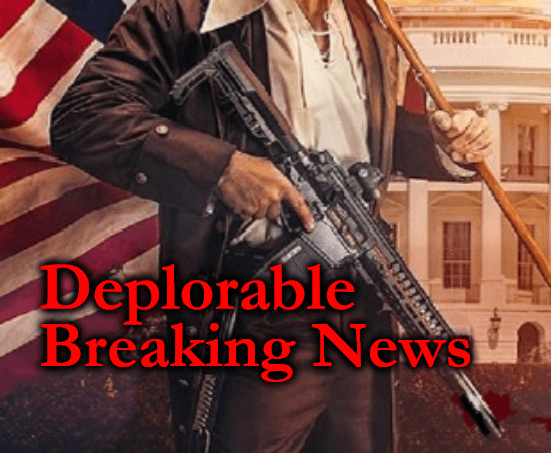 Get the Latest Breaking News From The Deplorable Patriot

Can you believe this is how they spend our tax dollars? Investigating a dognapping?

INVESTIGATORS are probing whether the kidnapping of Lady Gaga’s bulldogs was politically motivated because she sang at President Joe Biden’s inauguration.

DETROIT – Kenneth Chapman Sr. was hopeful as he navigated a hulking Detroit Public Schools van down the street, pulling up to a brick home. Out front, there were signs that the girl he was looking for lived inside. Amid the discarded plastic cups in the yard, there was a ball, and on the porch a small bike, painted fluorescent pink.

“Normally when I get to the house and I see toys or bikes, I think, ‘OK, somebody’s going to be here,’ ” Chapman said.

But when he knocked, no one appeared.

This was one of the two dozen stops Chapman, who works in the school system’s Family and Community Engagement Office, would make, looking on this chilly day in late October for students who had been missing classes. Some of the children on the list had worrisome numbers of absences this early on in the school year. But there were 3,000 students the district c

I thought this was a joke, it’s not.

You can’t see them smiling beneath the masks, but students at Wenatchee and Eastmont high schools are glad to be back in school, even if it’s only part-time.

“It is amazing the level of energy in the building, having adults interacting with kids but also the conversations of adults to adults,” said Wenatchee Principal Eric Anderson. “You get kids back in the building, you get a lot of smiles even with masks on. You can tell people are happy.”

Capitol Police Chief Warns: “Extremists” Want To Blow Up Capitol During Biden State Of The Union…

So basically he will never have to leave the White House.

WASHINGTON — U.S. Capitol Police plan to maintain their enhanced level of security around the Capitol at least through President Joe Biden’s first official address to Congress because intelligence suggests that extremists could be planning an attack, acting Chief Yogananda Pittman said Thursday.

“We know that members of the militia groups that were present on January 6th have stated their desires that they want to blow up the Capitol and kill as many members as possible with a direct nexus to the State of the Union, which we know that date has not been identified,” she told members of Congress, referring to Biden’s coming first address to a joint session of Congress.

“So based on that information, we think that it’s prudent that Capitol Police maintain its enhanced and robust security posture until we address those vulnerabilities going forward,” she said.

The United States had received assurances from China that the tests were done in error and that diplomatic personnel were exempt from this specific testing requirement, the spokesperson said.

“The Department is committed to guaranteeing the safety and security of American diplomats and their families while preserving their dignity, consistent with the Vienna Convention on Diplomatic Relations, as well as other relevant diplomatic law provisions,” the spokesperson said.

Get used to it. Any hiring of a white guy to serve as head coach of an NBA team is going to be met with derision and cries of white privilege by race-baiting media and players. It happened a few months ago when Steve Nash was hired to coach Brooklyn, and it’s happening again this week after Minnesota hired Chris Finch, who is white.

Dan Feldman of NBC Sports wrote that Minnesota’s associate head coach (and SJW) David Vanterpool (appearing in above photo) would’ve been the natural fit for the job, and added:

“It has not been lost on people that Finch is white and Vanterpool is Black.”

There are “legitimate questions about” Minnesota’s hiring process, Feldman continued. “But when people place outsized emphasis on hiring someone they’re comfortable with, that tends to favor the type of candidates who are already entrenched. It’s antithetical to diversity. The demographics of NBA coaches indicate a problem. Black coaches don’t get the same opportunities as white coaches.” The playing court is also “antithetical to diversity” with 74 percent of the players being African American.

The co-host of ESPN Hoop Streams, Kendrick Perkins, tweeted his anger over the hiring of the white coach, and LeBron James responded “1,000%!!!” support.

Reality: Almost a million Americans a day were being vaccinated by the Trump admin.

How Many Americans Work For Minimum Wage?

Via Bureau Of Labor Statistics

Let’s Have A War

We’re sending this long distance dedication out to Joe Biteme and his puppet masters in the military industrial complex, it’s FEAR from 1978 and LET’S HAVE A WAR!

Increasing Minimum Wage Could Result In Loss of Jobs, Closure of Businesses

Hey liberals, you know why this is a thing? So the big tech companies can advance automation. You dipsticks actually think you’re gonna make $15 an hour? You’re gonna get fired and replaced with a machine that can fill my order and not forget the fries.

“On the surface, you’d go well you give people more money an hour, they’re gonna have more money, that’s going to help them in life, we’re all better off for it. If it were that simple that would be great.”

PHILADELPHIA — A Philadelphia rape suspect armed with cooking skewers stood in a Macy’s bathroom for 20 minutes before his victim walked in, police say.

District Attorney Larry Krasner on Wednesday announced rape and related charges following the arrest of Jaleel Uqdah, 22, for the February 21st assault in the Macy’s department store in Center City.

Uqdah is alleged to have assaulted the woman inside of a stall in a woman’s restroom located on the third floor of the department store last Sunday. The District Attorney’s Office today charged Uqdah with: Rape, Involuntary Deviate Sexual Intercourse, Aggravated Assault, Robbery, Sexual Assault , Unlawful Restraint, Possession of an Instrument of Crime, False Imprisonment, and related offenses.

The Pentagon said the strike destroyed “multiple facilities” and was ordered in response to attacks against US and coalition personnel in Iraq.

Militia officials said one person had been killed but a war monitor reported at least 22 fatalities.

Syria condemned the attack as a “bad sign” from the new US administration.

The Pentagon said its strike near the Iraqi border in eastern Syria was a “proportionate military response” that was taken “together with diplomatic measures”, including consulting coalition partners.

But look at the box in the picture. Clearly you ARE renaming Mr. Potato Head. You dropped the Mr. and the Mrs.

I’m not believing any of your BS anymore!

A pair of new studies show that an ominous new variant of COVID-19 is spreading rapidly in New York City, showing up in 1 out of 8 infections tracked in a scientific database.

The results are preliminary — neither study has been peer-reviewed, and one has not been made public — but scientists say that vaccines could be less effective against the mutation, and that it is spreading fast.

According to The New York Times, “The new variant, called B.1.526, first appeared in samples collected in the city in November. By the middle of this month, it accounted for about one in four viral sequences appearing in a database shared by scientists.”

That figure includes the South African variant as well, but both studies showed significant spread of the NYC variant:

President Biden is getting ready to sign an executive order, one that will review the United States’ ability to get hold of certain things that it’s currently having trouble getting hold of. On the list are semiconductors, one of the main reasons behind the current PS5 (and graphics card) shortages.

As CNBC reported earlier this month, a shortage of the chips—caused by pandemic interruptions to global supply chains—is wreaking havoc across the world, from car manufacturers to hardware companies like AMD and Qualcomm, and that’s trickling on down to places like Sony and Nvidia, because you can’t build PlayStations and GeForce cards without semiconductors.

Manhattan DA Now Has President Trump’s Tax Records, All Million Pages Of It…

Tax records that former President Donald Trump tried to keep secret for years are now in the hands of the New York district attorney.

Prosecutors obtained the records on Monday, just hours after the US Supreme Court denied Trump’s last-ditch effort to keep the records private, a spokesperson for the district attorney said.
The millions of pages of documents, sources say, contain Trump’s tax returns spanning from January 2011 to August 2019, as well as financial statements, engagement agreements, documents relating to the preparation and review of tax returns, and work papers and communications related to the tax returns.

For the love of God do not confirm this sick man!

AL-QAEDA are set to become as dangerous as they were during the 9/11 attacks twenty years ago, an expert has claimed.

The terror cult has gained a ruthless new leader dubbed “the Sword of Revenge” – sparking fears of fresh attacks in the West.

Saif al-Adel, from Egypt, is thought to be the new chief of the terror group, and has set about recruiting hordes of ISIS fighters.

The ex-military general has been called a “brilliant and ruthless” strategist, and is expected to take over from Ayman Zawahari.

A senior British terrorism expert told the Daily Mirror: “Compared to Zawahiri he is likely to be a much more effective leader, at least so or more so even than bin Laden.”

It comes following rumours that Zawahari has died, prompting intelligence agencies to ready themselves for an “al-Qaeda rebrand”.

Zawahari took the reins from Osama bin Laden following his death in 2011, but has not been seen for years.

The Capitol Police is keeping its security posture high in response to intelligence that indicates some extremists who joined the Jan. 6 insurrection have discussed plans to attack the building during the State of the Union, Acting Capitol Police Chief Yogananda Pittman revealed Thursday.

The chatter among extremists about trying to blow up the Capitol during the still-unscheduled presidential address, Pittman said, has prompted the Capitol Police to maintain the elevated presence it has kept since last month’s riot. Any decrease in the police’s posture, she said, would come after the threat passes and other gaps identified in the aftermath of the Capitol siege are resolved.

The iconic Mr. Potato Head toy from Hasbro is dropping the “Mr.” from its name and rebranding as simply, Potato Head.

“Culture has evolved,” Hasbro Senior Vice President and General Manager Kimberly Boyd said. “Kids want to be able to represent their own experiences. The way the brand currently exists—with the ‘Mr.’ and ‘Mrs.’—is limiting when it comes to both gender identity and family structure.”

He thought the lesson had ended? Yeah right. Sick fuck.

A teacher’s aide in Maryland masturbated during a Zoom call with eighth-graders — but insists he thought the online lesson had ended.

Marc Schack, an assistant for special education students at Shady Grove Middle School in Gaithersburg, told the Bethesda Magazine Wednesday he was unaware his self-love session had been captured on the virtual call until being interviewed.