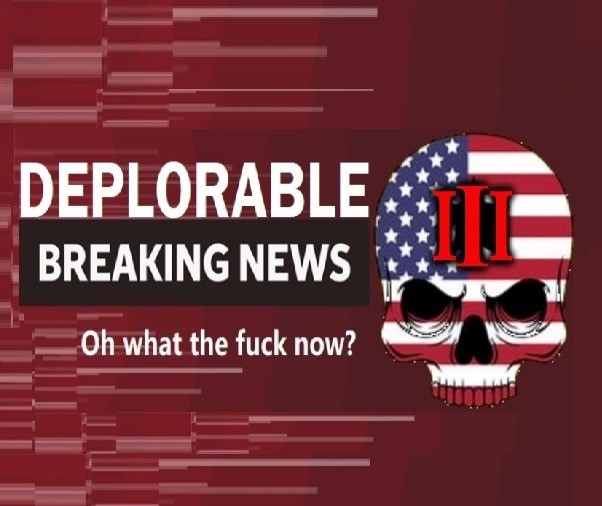 Montana lawmakers are considering a bill that would designate antifa as a domestic terrorism group, despite no evidence of antifa activities in the state.

The intent of the measure is to “send a message that we as a state won’t tolerate a group like this coming into our state,” bill sponsor Rep. Braxton Mitchell, R-Columbia Falls, told members of the Montana House Judiciary Committee during a Tuesday hearing.

Opponents of the bill said during the hearing that it would be inappropriate to designate antifa as a domestic terrorism group while ignoring other groups accused of domestic violence. Those include groups that participated in the attack on the U.S. Capitol last month.

Who’s Really Behind The Plandemic, And Why?

I hope he recovers billions…. but he wont.

The former Delaware computer repair shop owner who found himself at the center of controversy involving Hunter Biden, the son of President Joe Biden, last year has taken new legal action against Twitter.

John Paul Mac Isaac filed a new lawsuit in federal court on Thursday against Twitter, claiming the social media platform defamed him by declaring that a New York Post story reporting the existence of the laptop included “hacked” material.

According to Mac Isaac, the classification damaged his reputation, forcing him, in part, to shut down his Delaware business.

Wow! What a fucking scumbag! And you guessed it, because he’s black he’s screaming, “RACISM!“

A police officer in Kentucky was fired Friday over allegations that he gave a Black Lives Matter organizer information about other officers working protests that could be used to “insult, intimidate and harass.”

Lexingtion police Officer Jervis Middleton was relieved of his duties following a unanimous vote by the Lexington-Fayette Urban County Council after a nine-hour hearing and two hours of closed deliberations, the Lexington Herald-Leader reported.

“Officer Middleton’s conduct during a highly stressful and potentially vulnerable time during the history of our community — the most significant policing event in our community in 20 years — demonstrates that he should no longer be a police officer,” said Keith Horn, a lawyer for the city of Lexington, according to the Herald-Leader.

Israel lifted many of its coronavirus restrictions and started reopening its economy Sunday as the country’s vaccination drive and third nationwide lockdown have started to bring down infections.

Most grade school and high school classes have reopened after a nearly two-month closure, along with museums, libraries, malls and markets. Some restrictions on the number of people in attendance remain in place. The entire education system is expected to return to normal operations early March.

Via Just The News

Galactic scientists are struggling to locate the long-speculated “Planet Nine” at the outer edges of the Solar System, potentially indicating that models predicting that planet’s existence may have been flawed.

Some astronomers have argued that the gravitational clustering of certain objects in the distant Kuiper Belt could be explained by an as-of-yet unobserved massive planet far outside the orbit of Neptune.

Entire school board resigns after members get caught mocking parents

Members of a California school board resigned en masse after they were caught mocking parents during a public video meeting about re-opening schools shuttered during the pandemic.

All four members, including president Lisa Brizendine of the Oakley Elementary School District board, resigned Friday.

President Trump To Speak At CPAC…

Former President Donald Trump is slated to speak at next week’s Conservative Political Action Conference, according to two people familiar with the appearance.

Trump will “be talking about the future of the Republican Party and the conservative movement,” one of the people said. “Also look for the 45th President to take on President Biden’s disastrous amnesty and border policies.”

His name was Donald J. Trump and he still has the highest approval rating in the GOP of any president since Lincoln.

WASHINGTON (AP) — When Joe Biden walked into the Oval Office for the first time as president a month ago, his pens were ready. Already.

Lining a fine wooden box, they bore the presidential seal and an imprint of his signature, a micro-mission accomplished in advance of his swearing-in.

Four years ago, pens were just one more little drama in Donald Trump’s White House. The gold-plated signature pens he favored had to be placed on rush order in his opening days. Over time, he came to favor Sharpies over the government-issued pens.

On matters far more profound than a pen, Biden is out to demonstrate that the days of a seat-of-the-pants presidency are over.

He wants to show that the inflationary cycle of outrage can be contained. That things can get done by the book. That the new guy can erase the legacy of the “former guy,” as Biden has called Trump.

Coca-Cola has used a training video by antiracist activist Robin DiAngelo that tells employees to “try to be less white,” according to “unwoke activist” Karlyn Borysenko based on information from what she says is a company whistleblower. Borysenko, who is also a psychologist, YouTuber, and creator of Zen Workplace, put a video of the training online. Borysenko often speaks out against critical race theory and corporate race training.

A brand-new interview from Wednesday of former president Donald Trump on Newsmax has been taken down from YouTube.

The reason stated was that the video violated what Google calls its “election integrity policy.” In short, the video was taken down because during the interview, the ex-President claimed that he had won the election, and that it was stolen.

A month into the job and focused on the coronavirus, Biden is seeing his disaster management skills tested after winter storms plunged Texas, Oklahoma and neighboring states into an unusual deep freeze that left millions shivering in homes that lost heat and power, and in many homes, water.

At least 69 deaths across the U.S. have been blamed on the blast of unseasonable weather.

The White House announced on Saturday that the president had declared a major disaster in Texas, and he has asked federal agencies to identify additional resources to address the suffering.

OK, this is cringey as hell.

Billionaire biotech investor Patrick Soon-Shiong is exploring a sale of the Los Angeles Times less than three years after buying it for $500 million, people familiar with the matter said.

The move marks an abrupt about-face for Mr. Soon-Shiong, who had vowed to restore stability to the West Coast news institution and has invested hundreds of millions of dollars into the paper in an effort to turn it around.