Skip to content
Communism Save The Children The Environment

The Feds Are Coming For Your Gas Stove 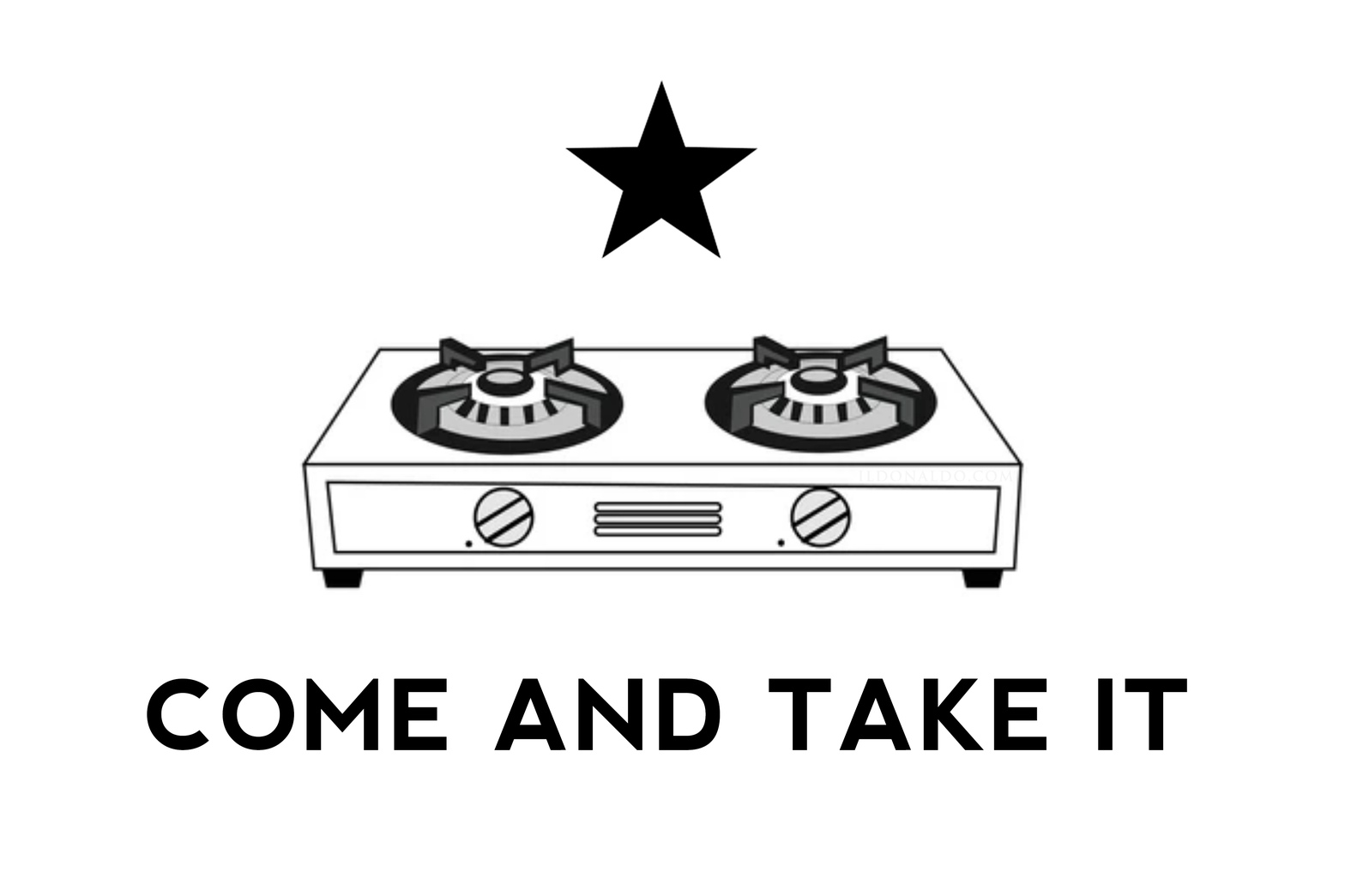 If you ever sit down to make a list of everything that’s not regulated by the government you’ll quickly discover you have a blank piece of paper in front of you. There is nothing in your daily life so innocuous that leftists won’t regulate it, or worse, just flat confiscate it.

The tyranny of government wokeism runs roughshod over your freedoms every second of every day, like in Berkeley, where authoritarians banned natural gas hookups in new buildings two years ago.

Then you’ve got the entire state of California, which is banning gas-powered furnaces and water heaters by 2030, and New York, which is phasing out all natural gas heating. With Democrats in control, it soon goes nationwide, moving beyond harassment tactics like the stealth tax on natural gas to a federal ban on all gas stoves. Although it looks like they may hold off for now on confiscating the evil, child killing stoves currently in use:

The US Consumer Product Safety Commission backtracked on claims it was considering banning all gas stoves across the United States over health concerns.

Oh well, that’s great! At least we don’t have to worry about armed FBI agents busting down our front doors to confiscate our current stoves while we’re boiling pasta for dinner. We just won’t be able to buy new ones.

This is basically the same approach used by Mohammad who allowed Christian churches to exist in the territories he conquered, but any new churches was forbidden.

BTW, if the name Trumka sounds familiar, that’s because he’s the son of the late Richard Trumka, who was president of the AFL-CIO labor union. Big Government has an incestuous relationship with Big Unions just like it does with Big Media; all are run by power-mad Democrat tyrants.

In his backtrack Monday, Trumka added that people who choose to switch to electric stoves would receive an $840 rebate due to President Biden’s Inflation Reduction Act.

Only a brain dead, liberal Democrat would pretend to reduce inflation by printing worthless money to hand out to people who are willing to relinquish their freedom to the government. Any private company run by economically inept morons like this, it would go bankrupt in a month.

So the question remains, why are Democrats so determined to eradicate natural gas? It’s a cheap, abundant, clean-burning fossil fuel, why on earth do they hate it so much? That’s simple, it’s too cheap, it’s too abundant. According to leftist ideology, energy MUST be expensive so as to lower our standard of living. That’s the goal of liberalism, to force the common folks into poverty.

“But Jaz, why would liberal Democrats want us in poverty?” Again, that’s simple, because people are easier to rule over when they focused on just trying to survive each day. That’s what drives the whole global warming hoax, and is the impetus behind all the recent claims that the gas stoves we have in our homes right now, and have been using for generations causes asthma in children.

Whenever you hear a Democrat justify ANYTHING by screeching, “WE HAVE TO DO IT FOR THE CHILDREN!” The reality is, it has nothing to do with the children, they’re just trying to rob you of a little more of your liberty by crushing you under the regulatory boot-heel of tyranny.

The current jihad against gas stoves has a racial component too, but then again what doesn’t? Senator Cory Booker (D-NJ) and Rep Don Beyer (D-VA) are demanding action against gas stoves because of the “cumulative burden on black, Latino and low-income households that disproportionately experience air pollution.”

So, now we know, gas stoves are RACIST!

Hey, I have an idea. Instead of banning stoves, why not encourage people to turn on the range hood for proper ventilation?

Trumpka told Bloomberg gas stoves were a ‘hidden hazard,’ and added that ‘any option is on the table’ and ‘products that can’t be made safe can be banned.’

Next, they will announce that forks must be phased out so that you don’t poke yourself in the eye with one.