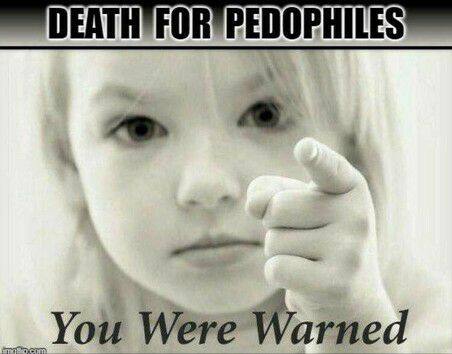 As we have reported on many times in the past there are so many sick deranged pedophiles out there. These people are famous people, politicians, ex-presidents, royalty, priests, and many many more. These people hide in the shadows and commit unspeakable crimes against children and women all in the privacy of their underground theaters.

They hide the cult rituals from the masses because if we knew they would be strung up right then and there. If the normies figured out what is truly happening and the true depravity of their cult rituals there would be mass hangings by the public without trials. I would applaud every second of it. I find it unconscionable these people have been able to get away with this for so long.

This would have never come to light if Trump had not been elected president. None of the numerous busts and arrests of child sex rings all over the world would have never happened. This has been going on for so long and in such numbers people will blow their mind from the truth of the matter.

Crimes against humanity, child sex trafficking, child torture, breading children in order to fulfill their needs and desires, and much worse. All these crimes need to be tried in a military tribunal. There will be no turning back. A hanging or a firing squad is ahead for all these sick deranged bastards.