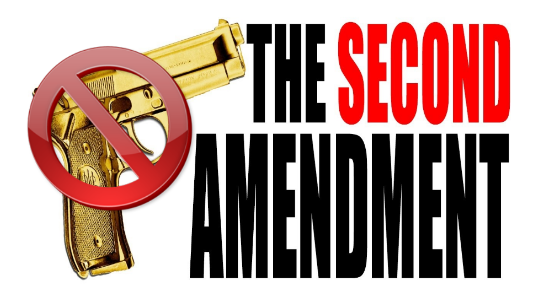 Last week under the cover of darkness, Congressional Democrats released a 2,741 page government funding bill at 1:30 AM Thursday morning. Gun Owners of America rushed around to try and analyze the bill and discovered, sure enough buried on pages 2207-2213, found some pretty disturbing aspects of this legislation that should be of great concern to all law abiding gun owners. GOA quickly went to work and alerted activists nationwide to take action.

Despite their best efforts, the gun control passed 260-171 with the support of 39 Republicans later that same day around 10PM.

This year’s government appropriations bill includes two major gun control restrictions you need to be made aware of.

Background Checks Are About to Get Worse

Sections 1101-1102 of the bill are known as the NICS Denial Notification Act to make the existing background check system even more dysfunctional than it currently is.

As you well know, the current NICS background check system is broken beyond belief.

Nine out of ten times, when someone is denied a gun purchase by the NICS system, it’s a law-abiding citizen who was wrongly denied their right to purchase a firearm.

Because 90 percent of NICS denials each year are false positives, the government gets less than a few dozen convictions of prohibited persons who were stupid enough to try to buy a gun at a gun store.

Even so, Congress seems intent on passing the NICS Denial Notification Act which, in a nutshell instructs ATF to help local law enforcement launch CRIMINAL INVESTIGATIONS into each and every single NICS denial—including all of those false-positive denials. According to the language of the bill itself it “would require federal authorities to alert state and local law enforcement within 24 hours when an ineligible individual lies on a background check and tries to purchase a firearm” including the vast majority which have in fact, NOT lied on their background check but have been wrongly denied because the system is so out of whack.

So basically, if this passes, you better hope the NICS system doesn’t falsely deny you your next gun purchase otherwise you are in a heap of trouble! And please make no mistake, that is the intention of this new police power. This is an effort to discourage you from practicing your right to keep and bear arms, PERIOD!

This runs in direct contradiction to the Second Amendment Sanctuary Laws that so many of us have been pushing around the country at the state and local level.

States like Missouri and Idaho have passed the STRONGEST Second Amendment Protection laws which prohibit funding for gun control and/or include criminal or civil penalties for government agents and/or agencies that enforce unconstitutional gun control. More than a dozen other states have similar statutes.

And yet, Congress is facilitating the enforcement of federal gun laws with local ATF “deputies” to exert federal control at the local level which even a 3rd grader could tell you is in violation of the 10th Amendment!

Government funding will likely be extended until March 15th, so we have five days maximum to defeat this gun control in the Senate where it has major support from Senators Chuck Grassley (R-Tx), Pat Toomey (R-Pa.) and Marco Rubio (R-Fl).

Here is a list of the 39 Republicans in the House of Representatives who voted FOR criminal investigations into 100% of false-positive background check denials and FOR your local police to be deputized as ATF agents in clear violation of the Constitution:

If any of these pro-gun control GOP traitors represent you in Congress, the GOA action alert will send them a special message to scold them for their opposition to the Second Amendment when you add your name to those like minded gun owners at Gun Owners of America.

As mentioned earlier, the Senate will vote on the government funding bill before Wednesday of next week—so there isn’t much time.

Remember that, just yesterday a few Representatives were loud enough and fought hard enough that Biden’s updated COVID relief was struck from the bill. If we make enough noise these draconian, UN-American gun control provisions can be removed as well.

In the Senate, earmarks and all sorts of nonsense are being negotiated as we speak! We MUST act now!

There is still time for Congress to strip the gun control from this funding bill BUT you have to get into the fight.

That’s why its critical for you and every gun owner you know to take action to oppose this bill.

And if you have time, please call your two Senators and encourage them to oppose this anti-gun spending bill. You can be directed to their offices by calling the Senate Switchboard at 202-224-3121.

Geraldo Makes an Idiot Out of Himself Regarding 2nd Amendment… AGAIN!