Cut the Crap and Put the Blame Where It Belongs 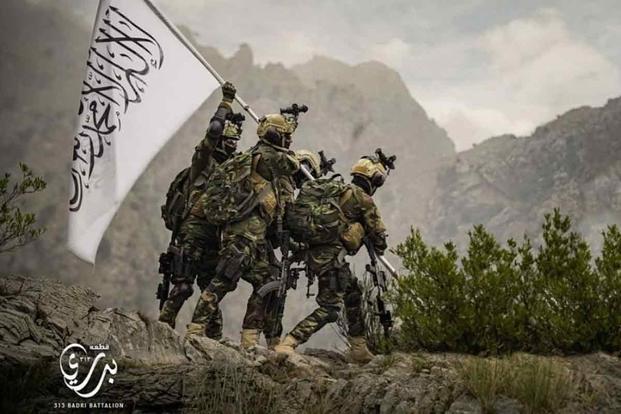 I have been so angry the last few weeks about the utter mess created by this administration in the withdrawal from Afghanistan that I think I’ve been wrong in my assessment of punishment for those involved. My desire to see those people charged with treason might have been shortsighted because I may have been too emotionally invested at the moment to have thought it all out.

The problem with charging Joe Biden, Mark Milley, Loyd Austin, and the rest of the idiots in charge of the Afghanistan disaster with treason for what they have done is that once you start looking for treason these days, you might never stop finding it. And you know the moment the Marxist Democrats get a chance to use it they will!

If they’ve been paying attention, there’s nothing Biden has done that would take anyone by surprise. He’s always had conspicuously awful judgment, that’s been proven for nearly 50 years. He ran as a visibly senile old figurehead for a Marxist, radical party openly hostile to any normal American and our way of life. We didn’t know exactly what Biden would do, but we knew it would never be beneficial to the USA. If Biden is a traitor, those who put him in power are traitors as well. At this point they need to repent and beg God for forgiveness for what they’ve done.

The mother of slain U.S. Marine Rylee McCollum, Kathy McCollum, one of the Marines Biden killed in Afghanistan by grotesquely letting the Taliban take charge of security makes the case on the Andrew Wilkow radio show …………..

“My son did die in vain” Mrs. McCollum said. “This was an unnecessary debacle. It could have been handled properly. They had months and months to remove everyone from Afghanistan and they chose not to. And so they sent in freaking what? 6,000 troops? And my son, through the laws of statistics, my son was one of the ones that just got blown up in a freaking terrorist bomb yesterday.”

“Every Democrat who is listening, you did this to my son.” she said.

Her characterization of Joe Biden as a “feckless, dementia-ridden piece of crap” is 100% spot on — exactly as it was long before the election.

Rylee had recently gotten married in February, and he and his wife were expecting a baby in September.

Kareem Nikoui’s father Steve Nikoui, whose son also died in the Kabul terrorist attack, had expressed similar views and stated that he felt Biden had “turned his back” on U.S. service members, as previously reported. “My life changed forever,” Nikoui’s father said.

The depth of the treason becomes more evident with every passing day, the Washington Post has reported that the Taliban offered to allow the U.S. military to take responsibility for security in Kabul — but Biden declined that offer.

Then there’s the phone call Biden made to Afghani President Ashraf Ghani in which he asked that he help change the worlds impression of the the Afghanistan government and the Taliban.

As reported by Reuters.

In much of the call, Biden focused on what he called the Afghan government’s “perception” problem. “I need not tell you the perception around the world and in parts of Afghanistan, I believe, is that things are not going well in terms of the fight against the Taliban,” Biden said. “And there is a need, whether it is true or not, there is a need to project a different picture.”

Biden told Ghani that if Afghanistan’s prominent political figures were to give a press conference together, backing a new military strategy, “that will change perception, and that will change an awful lot I think.”

Clearly Biden was more worried about the optics of the situation than he was about the reality of it all. Then just days later, the Afghan military started folding across provincial capitals in the country with no desire to fight against the Taliban.

Don’t get me wrong, these officials deserve the harshest of punishment for what they’ve done, I’m just not sure that a charge of treason is the best course of action at this point. Make no mistake about it, the Marxist Democrat Party will use the same charge the first chance they get. If you don’t believe me just look at their handling of the January 6th riot.

At this point there needs to be a full and open investigation by both the House and the Senate Armed Services Committee into every aspect of this entire operation. Then a Special Counsel should be appointed and if in the end it becomes obvious that acts of treason were indisputably committed, let the trials begin, and make the punishment fit the crime.

At the very least, this is most certainly an impeachable offense and it’s time to take action.