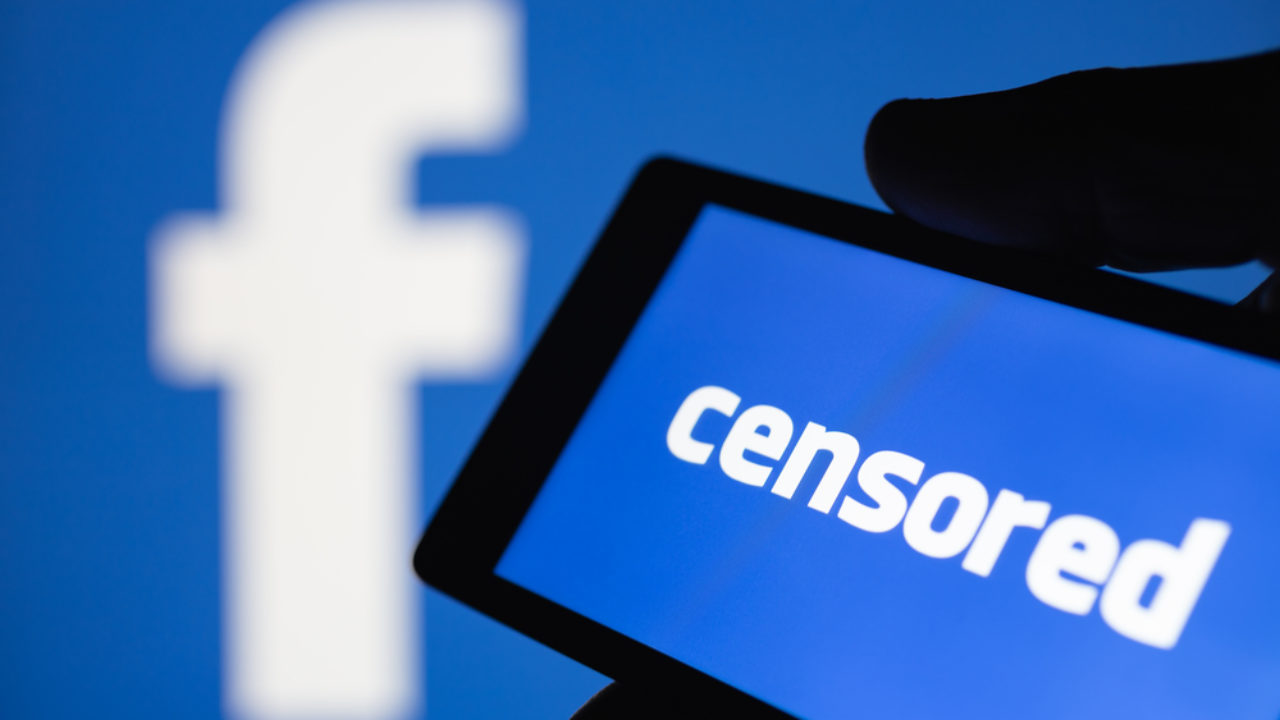 Facebook has vowed to keep users “Safe and Informed” about the coronavirus. In an effort to meet its authoritarian goal, it censored millions of posts.

The massive social networking platform deleted “12 million pieces of content about COVID-19 and vaccines,” according to Facebook’s Vice President of Integrity Guy Rosen.

Rosen admitted to washing Facebook of coronavirus content and cheered the magnificent job the platform has done in regards to combating “fake accounts”, “deceptive behavior” and “misinformation” in an opinion piece published by Morning Consult. Rosen also admitted to Facebook’s reliance on artificial intelligence (AI) to censor content “that global health experts have flagged as misinformation.”

In September 2020, YouTube admitted that its reliance on AI led to “a jump in the number of videos removed, including a significant portion that broke no rules.” The same outcome is likely for Facebook if it is overly relying on AI as well. YouTube’s Chief Product Officer Neal Mohan said the platform reverted back to more human moderators because its greater reliance on AI led to the removal of the most videos it had ever removed in a single quarter.

Rosen also clapped back at charges against Facebook that suggest the platform has turned a blind eye to misinformation for financial gain. “The opposite is true,” wrote Rosen. “We have every motivation to keep misinformation off of our apps and we’ve taken many steps to do so at the expense of user growth and engagement.”

Facebook has allowed Chinese Communist Party (CCP) propaganda to flourish on its platform, while seemingly not missing a beat when it comes to censoring what it calls “misinformation” from right-leaning sources. Meanwhile, the CCP prohibits its own citizens from using the platform.

China is Facebook’s “second-largest market by annual revenue” next to the United States, raking in an estimated “$5 billion to $7 billion from Chinese advertisers throughout fiscal 2018,” according to The Motley Fool. “Each quarter, China’s government, through its state media agencies, spends hundreds of thousands of dollars to buy Facebook ads, according to a person with knowledge of those deals, who was unauthorized to talk publicly about the company’s revenue streams,” The New York Times reported in an article headlined “China Spreads Propaganda to U.S. on Facebook, a Platform It Bans at Home.”

Facebook has removed a video of doctors challenging the narrative of the Chinese-backed World Health Organization, but it has allowed a genocidal communist regime to run advertisements. Facebook’s actions make it look like a shill for the CCP. If not that, then contrary to Rosen’s statements, it appears the financial incentives for the Big Tech behemoth must be too valuable to purge the CCP from its platform.

Author: Alec Schemmel is researcher and contributing writer for the Media Research Center. His investigations have garnered attention from figures in Congress, the national media and broader conservative movement. Alec is a 2020 graduate of American University’s School of Communications and School of Public Affairs. In addition to Newsbusters he has freelanced and interned for digital news outlets like The Daily Caller, The College Fix, The Capital Research Center and others.

Conservatives are under attack. Contact Facebook via phone at (650) 308-7300 or (650) 543-4800, or by mail to 1601 Willow Road Menlo Park, CA 94025, and demand that Facebook not permit anti-conservative censorship on its platform. If you have been censored, contact us at the Media Research Center contact form, and help us hold Big Tech accountable.