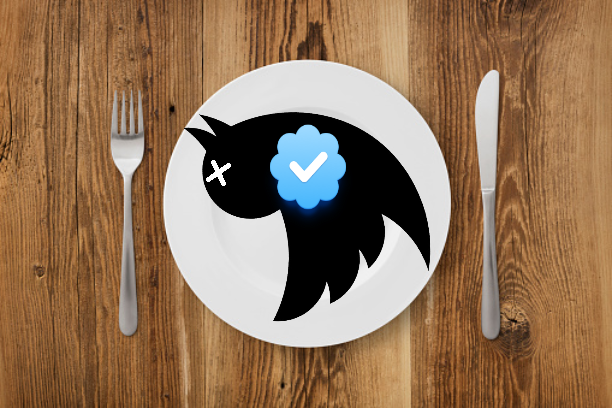 On Tuesday, a gunman opened fire in a grocery store in Boulder, Colorado killing 10 people on the spot. Following the incident, several far lefty types, including American Vice President Kamala Harris niece Meena Harris, took to Twitter to declare that the attacker was a ‘white male’, and that ‘white male’s’ are the most deadly terrorists in the whole wide world.

However, hours later, the Boulder police identified the killer as a 21-year-old Syrian Muslim immigrant Ahmad Al Aliwi Alissa. As it was found out that the killer was not a ‘white’ man, a severe backlash against liberals erupted on social media highlighting how liberals showed their true colors and resorted to blaming the entire white community by holding all of us responsible for crimes that we did not commit.

Conservative social media users were quick to point out the inconsistencies in the rhetoric of liberals who immediately jumped to politicize the tragic Boulder shooting to push their false race baiting narrative. Then, the entire propaganda against ‘white’ people even fuller fell apart as it turned out the shooter is Muslim with radical leftist beliefs.

Twitter user Caleb Hull compiled a series of tweets put out by ‘influential’ blue check lefty-liberals in the United States who falsely blamed the ‘whites’ in the country for the Boulder shooting incident even though the killer turned out to be a radical Muslim immigrant from Syria.

Meena Harris, the niece of Vice President Kamala Harris, took to Twitter after the horrific incident to claim, “The Atlanta shooting was not even a week ago. Violent white men are the greatest terrorist threat to our country.”

As it turned out that the killer was not a white men, Harris took a u-turn to offer a weak apology for her studidity and promptly delete the original tweet.

Julie DiCaro, the Editor of sports blog Deadspin, too lamented that she was extremely tired of people’s lives depending on whether a white man with an AR-15 was having a good day or not.

As DiCaro continued to blame the white men in the US for the incident, soon after other liberals joined her to vent out anger against those disgusting ‘white’ men.

Amy Siskind, who claims to be a combination of ‘Activist, feminist, author’, was not far behind in displaying her hatred towards the white community. As per Amy, the shooter was likely to be a ‘white men’, as if he were a black or brown man, he would be dead by now.

Turns out, the killer was a brown man from Syria and was caught alive by the policemen. When his name is mentioned in the news reports and it’s clear he’s a Muslim suddenly Siskind doesn’t want to talk about the shooter anymore.

George Hahn, a so called, satirist, peddled the same ‘white men’ theory to blame the entire community for the tragic shooting at Boulder despite the fact that the killer turned out to be a Muslim immigrant from Syria.

Another ‘liberal’, Dylan Park, whose tweets riddled with fake news and got almost 125,000 likes, said that a white man walked into a grocery store in Boulder, killed 10 people and arrested ‘unharmed’ by the police. However, another person Elijah McClain was killed by the police even as he apologized.

Don Winslow, an American author, said that the police have taken him into custody meant that the killer was white. Winslow was claiming that the police would have killed him if the Killer was not white.

DL Hughley, who claims to be a stand-up comedian, also propagated the same ‘white men theory by saying that the white-armed mass murderer has a better chance of surviving encounter than a black dude holding a phone.

Here are some of the other progressive ‘liberals’ in the United States, who attempted to push the blame on ‘White men’ for the Boulder shooting incident that killed 10 people, even though the incident did not have anything to do with the community.

We really need to ban narrative-hungry morons with phones.

It is no surprise that the liberals, no matter where they reside in the world, attempt to push false narratives against the majority communities to accuse them of the crimes they never committed. The Boulder incident is a classic example of liberals openly expressing their hatred and blaming the ‘white’ population in the United States so that the community could be blamed for the wrongs that occur in the country.

Well, it seems like the ‘liberals’ are the same everywhere. The Indian ‘liberals’ are not too far from their counterparts in western societies. In India, however, rather than racial targeting, the liberals have found it convenient to blame the majority community, i.e. Hindus, for every crime that occurs in the county. Not just Hindus, even the upper-caste communities often become the victims of liberal hatred as they are accused of ‘perpetrating’ hate crimes against lower caste and Muslim across the country.

It is no surprise that the liberals are acting irresponsibly around the world and are being caught looking foolish for displaying either their dishonesty or stupidity in their inability to perceive facts.

Now, I’m just a tap dancing monkey with a website, but I think I can demonstrate to these “Blue Check Leftist’s” exactly how that’s done…….

On Monday, an unidentified shooter opened fire at a supermarket in Boulder, Colorado, that left 10 dead. Later the suspect was identified as 21-year-old Ahmad Al Aliwi Alissa, who was taken into custody. Alissa’s family are Syrian migrant’s. He often felt Muslims were not treated equally and expressed that and his displeasure toward President Trump on social media.

Al-Aliwi opened fire in a crowded supermarket in Boulder and ten people including a police officer were killed. Investigators have not yet established a motive but believe he was a lone attacker. He used an AR-15 style rifle/pistol, a lightweight semi-automatic firearm. Because he had never been adjudicated as having mental problems he passed a background check and purchased the gun legally a week earlier.

There, that was easy.