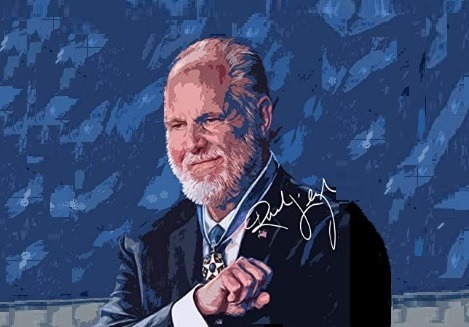 By The Deplorable Jaz McKay

CPAC 2021 begins on today in Orlando, Florida and Rush Limbaugh will become the first individual to be enshrined in the American Conservative Union’s Conservative Hall of Fame.

Mr. Limbaugh will also be honored with a video tribute celebrating his life and career that will be shown on Saturday night during the Ronald Reagan Dinner. Bo Snerdley, Rush’s good friend and longtime producer will be in attendance for this awesome event.

If you’re like me, you remember being “glued” to your television on February 28th of 2009 for Rush’s monumental First Official Address To The Nation as one of the most inspirational moments in conservative history. The speech, which bolstered conservative’s like nothing many of us had heard before, was widely considered one of the most important moments of his iconic career.

Rush rarely traveled to events to speak which made that day especially significant as he offered an explanation of “who conservatives are” and caused the crowd jump to their feet and erupt numerous times with chants of “USA! USA!”

That speech stands alone as the most important moment ever for CPAC and for conservatism. It’s 90 minutes of pure brilliance, and it was delivered with no teleprompter or notes of any kind. Rush never spoke from notes because every word came directly from his heart and always off the top of his head. As an experienced public speaker myself, I was in awe that day at his command of the room. Room hell, the Nation.

He spoke with eloquence and wit about what being a conservative is. He expressed, better than anyone what motivates us as conservatives, he captured the heart and soul of the working hard, playing hard men and women of fly-over country.

All the cable news network’s took Rush’s 2009 speech live, helping to put CPAC on the map outside of the usual suspects in the conservative political junkie world. At the time I considered his remarks to be a “Conservative State of the Union” that allowed liberal viewers who tuned in on mainstream media outlets to get a glimpse of the conservative movement and who we really are.

Rush had the ability to always talk to people not at them and he spoke, like nobody since the great Ranaldus Magnus about what it means to be a conservative, not a Republican, but a conservative.  And I think a lot of people who had DVR’d the speech, like myself watched it again and again in the days that followed.

And in the course of the last several days, since his passing I’ve revisited that speech on YouTube and it’s as powerful today as it was 12 years ago, maybe more.

“What we see — what we see is potential. We do not look out across the country and see the average American, the person that makes this country work, we do not see that person with contempt. We don’t think that person doesn’t have what it takes. We believe that person can be the best he or she wants to be if certain things are just removed from their path like onerous taxes, regulations and too much government.”

“We want every American to be the best he or she chooses to be. We recognize that we are all individuals. We love and revere our founding documents, the Constitution and the Declaration of Independence,” he continued. “We believe that the preamble to the Constitution contains an inarguable truth that we are all endowed by our creator with certain inalienable rights, among them life, liberty, freedom and the pursuit of happiness.”

If you’ve never seen it before, or haven’t seen it in a while I highly recommend you click the button below and invest 90 minutes of your day and let yourself be inspired.

Let’s face it folks, these are trying times for us conservatives, we all need a shot in the arm, and El Rushbo is just the man for the job.