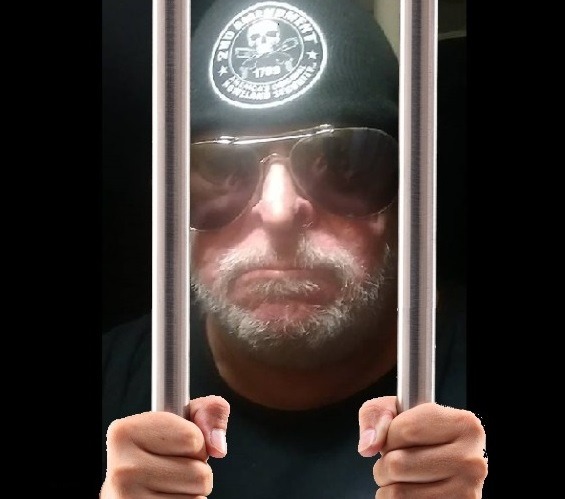 UPDATE: Well, as of 3/289/2021 I am once again back in FB jail for 30 days for posting an article about Covid19 vaccine deaths entitled How many Covid-19 vaccine deaths are acceptable? by Cherie Zaslawsky. You can read it and judge for yourself if there’s any “misinformation” in it. But that doesn’t really matter of course to Facebook, if it in any way questions the safety of the vaccines it’s inappropriate in their mind and MUST be deemed dangerous to the reader, which of course is nonsense, but that’s the way it goes in “Zuckerworld.” This time the notice informs me this is the ninth time in the past 12 months I’ve violated their “community standards” and you can rest assured it’s highly probable it will happen again.

According to a notice from Facebook I’ve been locked out of my main account 74 times before, giving me a grand total of 75 visits to Facebook jail since I first signed on to the platform in 2009. Which is odd, because my count was 57. I was way off. I wonder if that’s some sort of record.

And either I played by the rules the first few years, because I didn’t get my first “Community Standards” violation until 2014, or they’ve changed their standards from the early days. That was about 8 years ago, and as I write this, I just got out, but I’m pretty sure I’ll be back.

My last violation is for posting the video below. I’m not entirely sure what was wrong with it, in fact I downloaded it from another Facebook user sometime after the January 6th riot at the Capitol. The only thing I can figure is that it’s because I was suggesting the people in the clip looked more like Antifa than MAGA’S to me.

That violation actually came down while I was near the end of another 30 day lock-down last month for suggesting we conservatives should protest Big Tech in front of their offices here in California. So Facebook just tacked another 30 days on top of that giving me a total of about 55 days in the hole this last time around.

But then again, Facebook is staffed with the most humorless individuals on the planet. In the Wonderful World of Woke (which is nothing more than political correctness on meth) nothing is considered funny. It’s simply not allowed. Which is like something right out of Orwell’s 1984.

By the way, a note to all Leftists out there, 1984 was not intended to be an instruction manual.

Anyway, all things considered, who among us is more qualified write an article about doing time in the Facebook version of the Gray Bar Motel than yours truly?

“How many pages do you need, Jaz McKay?“

Richard Beene, a local talk radio host and former editor of the Newspaper That Shall Remain Nameless in Bakersfield once asked me how many Facebook pages I needed? I responded, “As many as it takes.”

I should point out that at one time I had as many as 17 active Facebook pages, most of which were what are called “Fan Pages.” At the present time I’ve got 14 pages, all of which I’m locked out of right now.

The 14 are spread out over four main pages all with different names and email addresses. In the early days they only asked for an active Email account to sign on a page, currently Facebook requires a cell phone number to start an account. So, over the years I’ve just set up separate Gmail accounts and then created new pages.

One of those main pages, under the name Dan Daniels and it’s corresponding fan page, The Deplorable Patriot, has been completely deleted from FB altogether for a multitude of violations of their precious “Community Standards,” whatever the hell those are. If you actually take the time to read them, Facebook Community Standards are about as vague as a “Walking Dead” season finale and it seems they’re applied only to those of us with a slightly right of center political philosophy.

Currently I run three pages, Jaz McKay, Jazariah McKay and Unanimous Bakersfield. Because they all once came from the same IP address, (before I got a VPN) if one goes into lockdown, they all go into lockdown. Facebook synced them a long time ago.

The last one has had about 4 or 5 different names over the past few years and the current name started as a joke directed at a local Antifa supporter named Pedro Torrez who runs a FB page called “Anonymous Bakersfield.”

Pedro’s the nephew of a radical leftist Bakersfield Democrat politician, he identifies as a member of the Anonymous collective but in reality spends his time harassing and threatening local conservatives and their family’s on social media. So “Unanimous Bakersfield” was just intended to make fun of the little punk.

From those three main FB pages I have 10 fan pages associated with them, such as Jaz McKay’s Meme-A-Rama, Bakersfield’s Back The Blue, Angry Old Men and Brain Dead Liberals.

How It All Began

My first violation in 2014 was for a picture of Hillary Clinton and Huma Aberdeen at the gallows with noose’s above their heads and an executioner standing nearby. Facebook said it was promoting violence against women and I was blocked for 7 days.

Since then I’ve received a plethora of violations for any number of reasons & I think I’ve become something of an expert on the subject. Most of the time they don’t bother even telling you what you’ve posted that violated their “Community Standards” they just remove the post and lock you out of your page. Most of the time I’ve gotten in trouble for memes and jokes on Facebook. I’ve come to the conclusion the brain dead liberals at Facebook have zero sense of humor.

They start off with things like 24 hour “timeouts” then three days, seven days and so-on up to sentences of thirty to ninety days in the deep dark dungeons of the dreaded “Facebook Jail.”

One of my comments a few years back, was deemed to be “harassment and bullying” when I referred to a troll who had wondered into my page as a “bimbo.” I wasn’t even directing the comment to her but to a friend asking who the heck she was.

In fact I actually got two separate violations that day for the same thing….

Another time posting a picture of a “pink transmission” was called “harassment and bullying” of transgenders which got me 30 days.

Transgenders were off limits for criticism or mockery for quite a while on Facebook, even the mere mention of the push back coming from normal people over the protected status of Trans people was considered “hate speech.”

Sometimes Facebook gets testy even when you make a joke about being in Facebook Jail. I guess threatening to do it again is a violation…

Don’t bully celebrity’s, they have feelings too

One of my alternate pages had a comment removed for a “harassment and bullying” violation about Christina Haack (formerly Christina El Moussa and Anstead) of the TV show “Flip or Flop.” I guess calling a TV celebrity a “slut” is verboten too.

Even though he’s been dead for almost 80 years Adolf Hitler is considered a very dangerous man, and just seeing his picture can rot your brain, curve your spine and quite possibly cause you to build a concentration camp in your backyard.

Posting a joke about turning in your neighbors for not wearing a mask got me a 30 day timeout.

Although honestly I’m not sure, I guess it was because of the picture of Adolf Hitler was assumed to be promoting hate speech or something. That was a mistake I apparently made again a few months later when I compared the lame-stream media to Joseph Goebbels….

You can’t even compare your idiot governor to Hitler on Facebook. NAZI imagery, even when being critical of them is a big no-no in Facebook Land.

I should have known I’d get zapped for this one…..

I only recently found out that most schools in America don’t even teach kids about Hitler and the Nazi’s anymore. Apparently it’s far too upsetting for them to learn about how a socialist radical once came to power and murdered six million Jews and enslaved all of Europe. It’s very triggering and hurts their feelings.

I just saw an interview with the curator of a WWII museum on the History Channel the other night say that when high school age kids visit his museum they ask him if the Germans helped us defeat Japan in the war. I kid you not.

Sometimes I do shit on purpose….

Sometimes I’ll admit I post things knowing full well it’s going to get me booted, but I can’t seem to be able to resist………

Facebook has always wanted to keep everyone safe (unless you’re a conservative being harassed by an Antifa type terrorist of course) but sometimes I think they go a little too far. Such as suggesting a picture of a gun is dangerous …..

Spam, it isn’t just a delicious mystery meat in a can anymore

I understand the Facebook policy in regards to spam and fully support the suppression of such posts, but when they bust you for posting “spam” when you’re just promoting your website on your website’s Facebook page is a little over zealous don’t you think?

There’s countless other examples however I think you get my drift. I just can’t seem to be able to avoid pissing somebody off in some way every other day. And honestly, it has gotten to the point that it’s become kind of funny to me.

A lot of folks have given up and gone to other social media pages like GAB, MeWe or Parler. And while I’ve got pages on those platforms, including one called MAGABOOK, I’m staying on Facebook for now, and work hard to continue to be a thorn in their side. You see, I don’t give up easily, after all I’m an Irishman, and we Irish can be pretty darned stubborn.

I figure they want me to just give up and go away, but that just ain’t gonna happen. I know that at some point they’ll just delete me forever and I’m good with that. But until that day comes I’m determined to make these Facebook security guards and hall monitors earn their damn paychecks.

Besides I’ve got my own website now, so joke ‘um if they can’t take a fuck.

Conservatives are under attack. Contact Facebook via phone at (650) 308-7300 or (650) 543-4800, or by mail to 1601 Willow Road Menlo Park, CA 94025, and demand that Facebook not permit anti-conservative censorship on its platform. If you have been censored, contact us at the Media Research Center contact form, and help us hold Big Tech accountable.

Unlike the Lame Stream Media we are NOT funded by Bill & Melinda Gates, or George Soros. So a few coins in our jar to help us keep going are always appreciated.

The Revolution Will Not Be Tweeted

2 thoughts on “Confessions Of A Facebook Jail Repeat Offender (Update)”

Another Payoff for the Biden’s