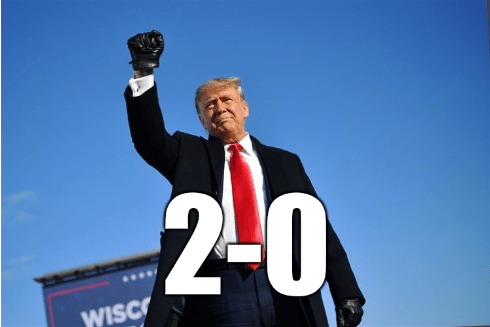 The Senate has acquitted former President Donald Trump in his second impeachment trial Saturday, voting that Trump was not guilty of inciting the deadly January 6 riots at the Capitol.The vote was 57 guilty and 43 not guilty, short of the 67 guilty votes needed to convict.

Seven Republican senators voted that Trump was guilty of incitement, but most Republicans argued that the trial itself was unconstitutional because Trump was no longer president, saying that fact trumped any evidence presented during the trial.

The final vote came quickly Saturday on the fifth day of the Senate trial after a surprise Democratic request for witnesses earlier Saturday threw the trial briefly into chaos.