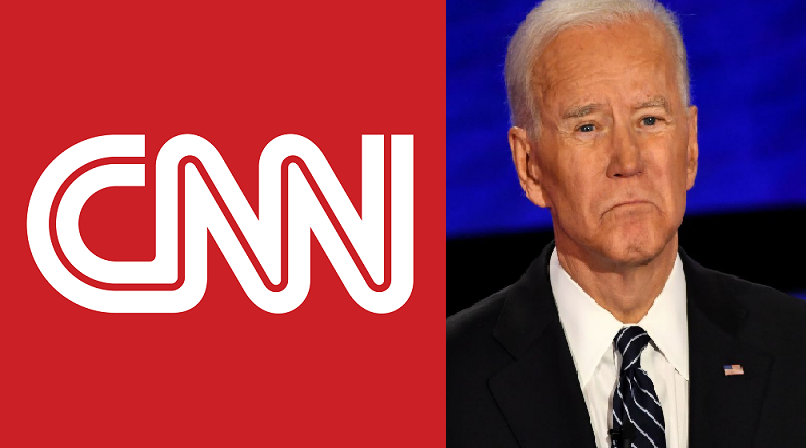 82 million votes in the 2020 election and you can’t win a CNN poll right? If you got a legit 82 million votes, you’d think you’d be able to easily win a CNN, poll. That would be a cake walk. Well, “Houston, We Have a Problem…”

We’re told Joe Biden is the most beloved and adored politician in the heavens and the earth. He’s so popular that he eclipsed Obama and Trump – two historic political movements – and he did it from his basement.

But, there appears to be one huge problem unfolding – and it’s becoming so big that it’s almost impossible not to notice at this point: Nobody likes Joe Biden. Not even the Democrats.

Sure, they have all the fake and rigged polls they put out to show that Joe has a 7165% approval rating – but when they don’t have time to set it up and fudge the numbers, a much different outcome happens.

Joe earned a 51% “positive reaction” to his “SOTU” speech, while back in 2017, President Trump earned a 57% positive approval.

Here are a few of the comments about the very bizarre flash poll:

“CNN forgot to count the mail in voters”

“I think he mentioned getting people back to work too much. That is not why they voted for him. They are asking where the payments for sitting at home are….”

“Biden’s presidency is like if he had the most follower on Instagram but only get 100 likes and 100 comments. It’s a little suspicious”

“Excuse me the bumbler is very charismatic and received 81MM votes. How can he have gotten a lower positive rating than Trump and Obummer? “

“How could someone with the most votes ever, score so low? Hmmm…. somethings not right… I wonder what it is!”

“So, the heavily democrat group had a more positive response to Trump’s first speech than Biden’s, yet we are supposed to believe Biden “beat” Trump by 7-8 million votes?”

“Have today I’m shocked CNN put that up….NOT socked that he is lower than Trump….he got fewer votes, after all.”

Everyone knows the truth. Everyone. Right now it’s just a hide-and-seek game.

They’re trying like hell to hide everything, and we’re seeking the truth – but we all know it’s a game, and we all know what really happened.