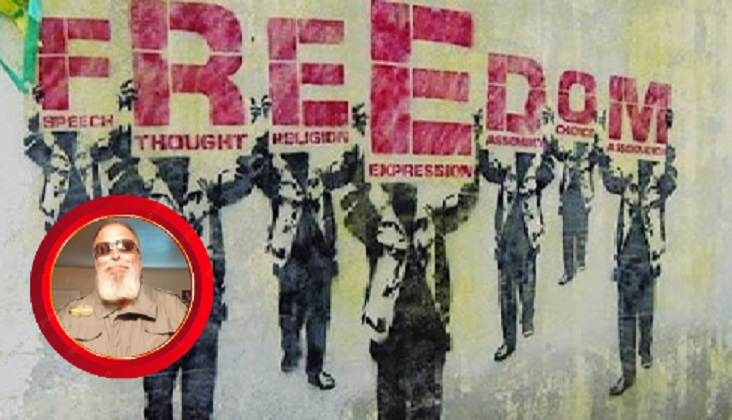 The following is a random collection of Twitter posts from ‘The Deplorable Patriot’ founder, Jaz McKay. Some are thought provoking and humorous, while some are sarcastic and serious.

McKay considers the, less than 280 character, rants and memes found on social media today to be comparable to the political graffiti found throughout history. Political graffiti and ‘street art’ dates back to the Roman’s as a way of communicating disillusion, frustration and the growing unwillingness of the underclass to be ruled over by those that oppress the masses.

Just as with the resistance in Paris during the Nazi occupation or the ghetto dwellers of Warsaw in the late 1930’s and 40’s, political slogans, posters and broadsides plastered on walls and structures were considered a serious infraction and dealt with harshly.

Today, while the oppressors don’t necessarily drag the freethinkers into the streets for public execution, the act of canceling them has very serious consequences indeed. Get out of line and you may find yourself out of work, evicted from your dwelling and otherwise have your life destroyed for thinking the wrong thoughts.

This is why all public forms of communication among we the people MUST remain open and free from any interference from either the government or the corporate oligarchs who do the governments dirty work.