If Rachel Levine is a Woman, Then Gwen Stefani Can Be Japanese 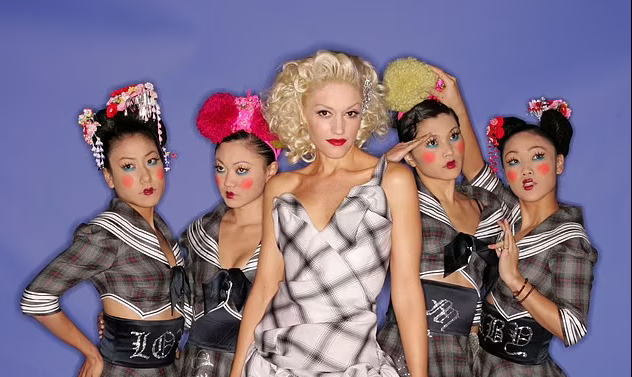 While speaking about her now-controversial Harajuku Lovers fragrance line, which launched in 2008, and frequent use of Japan’s subculture over the years, the singer, 53, raised eyebrows as she repeatedly insisted she was Japanese.

While the rest of the world is entitled to anything created by white people, such as electricity, cars, flight, the Internet, modern agriculture, modern medicine, etc. BUT white people are forbidden to embrace anything that is nonwhite in its origin, because according to brain-dead liberal ideology, white people are evil racist’s and therefore they are bad.

Over the years, Stefani has been denounced for things like wearing dreadlocks, because she’s a blonde who culturally appropriates black folk.

Despite having no ethnic ties to the country as the daughter of an Italian-American father and Irish-American mother, the performer claimed to identify as part Asian.

A little harmless insanity is expected when it comes to entertainers. At least she seems a little less crazy than someone like, Kenya West.

Still, she sort of has a good point:

“[It] should be okay to be inspired by other cultures because if we’re not allowed then that’s dividing people, right?”

But according to the “woke folk” it is not okay, because the point of “Cultural Marxism” (a.k.a. political correctness or wokeness) is to implement a divide and conquer strategy on behalf of the oligarchical collectivist ruling class sitting in their Ivory Towers pulling society’s strings.

Frankly, I want to thank Gwen Stefani for drawing attention to this bullshit, AND for choosing to identify with a race that doesn’t get extra privileges for failing and then wailing about oppression. But she still joins the list of racial imposters for claiming to be Japanese instead of embracing what she really is, even if she probably never meant us to take her literally.

Maybe the next time she goes into the studio she could record a cover version of the classic pop song by The Vapors: