It Wasn’t the Abortion Issue 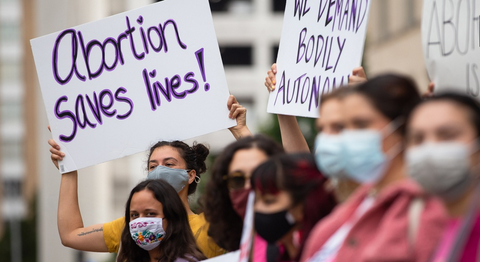 This past year the two primary issues the Democrats campaigned on were January 6 and abortion. For some damned reason this was enough to produce a stalemate, although a massive red wave was expected due to the catastrophic failure of Joe Biden. The insane “Threat to Democracy” bullcrap pushed by Joe and the media convinced nobody. Their appeal, intended to arouse patriotic emotions only aroused a snicker from the American people. Neither were voters swayed by the Democrats’ avid support for abortion:

Voters overwhelmingly reject the free-for-all abortion frenzy Democrats pledge they will enact in all 50 states. Only 17 percent of Americans say they support the type of unlimited, taxpayer-funded abortion through all nine months that blue politicians overwhelmingly want to legalize.

This was perfectly reflected in the election results:

The average American just isn’t that enthused about murdering inconvenient babies. People still dumb enough to vote for Democrats, are going to do it anyway, so there is no strategic reason what so ever to turn away from the issue. Maybe the GOP’s vulnerability lies elsewhere…..

Apologies To Our Subscribers