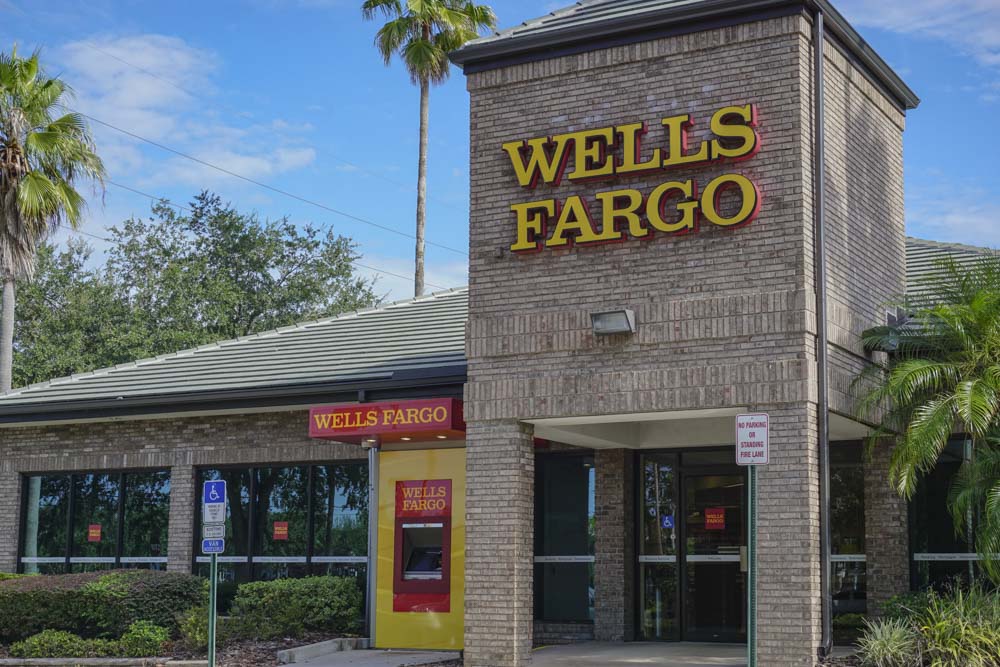 Another day, another de-banking. Imagine a ruthless country where peaceful citizens who fearlessly defend their heritage, their families and their faith can wake up in the morning and find themselves cut off from their entire life savings with no explanation and no recourse. That country is not Russia, China, North Korea, Venezuela, or Iran.

On Tuesday, 33-year-old Lauren Witzke received a terse notice from her bank, Wells Fargo. The available balance on her account read “$0.00.” Her entire life savings of roughly $15,500 had been transferred to “loss prevention.” Was this a case of theft or fraud? Had her account been compromised? Nope.

“When I called, Wells Fargo told me that it was a ‘business decision,'” Witzke recounted, “and that they have the right to close my account at any time.”

A Wells Fargo representative told Witzke, who is working out of state and has no other bank account, that she would be barred from retrieving her funds at any branch office and that they would “mail a check.” You know how that goes. Wells Fargo did not respond to my phone messages and email inquiries regarding Witzke’s case.

Here is what you need to know about Witzke. The 2020 GOP U.S. Senate candidate for Delaware is an outspoken Christian conservative activist and supporter of former President Donald Trump who peacefully exercised her First Amendment rights at the Jan. 6 Capitol rally. She has not been charged with any crime. She was, however, suspended on Twitter for peacefully opposing mass migration and violent refugee criminals in Europe. She was banned completely from the platform in March for peacefully expressing her opinion that a transgender activist, who tweeted that little girls were kinky, was “demonic.” She has organized peaceful election integrity efforts in Georgia through her work with the Hold the Line PAC. She has been a fierce and peaceful advocate for “America First” principles protecting the traditional nuclear family, supporting an immigration moratorium and combating Big Tech censorship.

In other words: Lauren Witzke has a big fat target on her back for threatening the powers that be in Big Government and Big Business. After the Jan. 6 protest, she has encountered obstacles to flying unimpeded across the country to participate in political rallies and events. She cannot check into flights online, is swabbed for explosives and has “SSSS” (“secondary security screening selection”) marked on her tickets. That’s a designation made by the federal Transportation Security Administration, which keeps a secret list of untold thousands of American citizens targeted for undisclosed reasons as “security” threats.

This is not just about one private bank making a “business decision” to drop a customer for any old reason. This is an obvious case of coordinated financial censorship and targeting of citizens by Big Government and Big Business based on their political views. Pattern recognition is key. As I’ve previously reported in my columns and latest book, “Open Borders Inc.,” Wall Street is in bed with social justice radicals and deep-state bureaucrats who’ve erected America’s very own version of the Chinese social credit system in which political dissent is flagged, shunned, punished and eradicated.

Before Witzke came a long line of dissidents and nationalist groups—ranging from Laura Loomer to Faith Goldy to the Proud Boys to Lana Lokteff and Henrik Palmgren to VDARE and Nick Fuentes to Gab founder Andrew Torba—all blocked or barred from financial entities ranging from Chase and Barclays to Mastercard, Visa, PayPal, Venmo, Patreon, Stripe, and Coinbase.

“The current weaponization of corporations and banks against conservatives and Christians is terrifying,” Witzke told me. “I have banked with Wells Fargo for years, using it as savings when I was working in ministry. Only when I was given a platform to share my Christian views on the national stage did Wells Fargo decide to shut down my account. The Evil Oligarchs at Wells Fargo left me, a young woman, with a balance of zero dollars, stranded, and a thousand miles away from my home with no explanation … Christians and Conservatives, Get your money out of Wells Fargo, NOW!”

Gab’s Torba, who has battled de-banking by four different financial institutions and one credit card company, has likened the latest financial terror and blacklisting campaign under President Joe Biden to an Obama-era program pressuring the companies not to do business with lawful firearms dealers, coal companies and other politically incorrect businesses. “What we’re seeing is Operation Choke Point,” Torba said after news of Witzke’s de-banking broke, “where the federal government … (is coming) after political dissidents.”

We’ve gone far beyond cancel culture. This is not merely about being silenced. It’s about being robbed, bankrupted and destroyed by woke capital and swamp oppressors. No one is safe.

As Torba warns: “Today it’s Lauren; yesterday it was Gab; and tomorrow it can and will be you.”

Author: Michelle Malkin is the host of Sovereign Nation on Newsmax TV. She is the author of Open Borders Inc.: Who’s Funding America’s Destruction? (2019), and Sold Out: How High-Tech Billionaires & Bipartisan Beltway Crapweasels Are Screwing America’s Best & Brightest Workers (2016). To find more from Michelle Malkin, visit the Creators Syndicate website at www.creators.com.