You Can Put America First & Still Stand with Israel 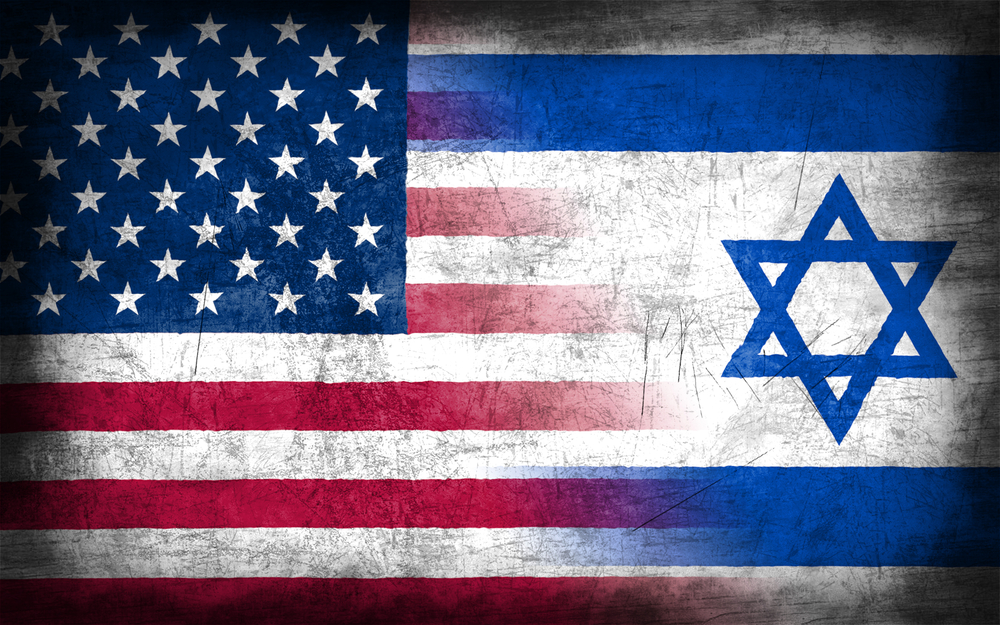 When posting a simple meme to Facebook recently a friend of mine got an interesting comment on his thread. My friend’s meme featured a Star of David and the words, I STAND WITH ISRAEL! And while 99% of the comments were in agreement saying, “Agree,” “YES” or “Me as well,” one misguided comment however stated, “I stand with America …. not any foreign nation!”

While I rarely inject myself in debates on another person’s social media thread I felt compelled to respond, so I asked, “Do you have any friends?” I know at first glance that seems to be a bit of a non sequitur, but it was a serious question and entirely relevant. I knew he would most likely misinterpret my question but I felt sure it would at least get his attention, and it did. His response was, “That is really a dumb and insulting thing to say to anyone because a person won’t kiss the ass of Israel or Saudi Arabia or China. America 1st.”

I responded: “Not really. If you have friends I assume you would defend them if they were attacked by someone wishing to do harm to them right? I understand putting America first; however you should also consider the importance of your friends and allies in the world. Being supportive of those friends and allies who share your common values, does not mean you place their interests over your own. It’s just the right thing to do.”

In fact, defending anyone who is being attacked for the shear fact that they exist is always a noble endeavor. I’ll always defend anyone being victimized by thugs and bullies. For instance, if I’m walking down the street and I witness a woman being attacked by a man, whether I know them or not, I’ll intervene. It’s in my nature, and I believe in defending those who are under any violent, unprovoked attack.

Have you seen the video online of that woman being beaten in a pizza restaurant recently? Or take any number of other videos online of people on the street being attacked and everyone is just standing around watching with their camera phones trained on the action. Have you ever thought to yourself, “Why aren’t those people doing anything to help that person being attacked?” I’ll bet you have. Well, those people probably don’t know the person being beaten and feel like it’s none of their business and don’t want to get involved right?

Let’s suppose that person being attacked isn’t a total stranger, if it’s a friend of yours would you just stand their live streaming the beating or would you step in to defend your friend? Most people would at least try to separate the two and deescalate the situation.

And even if you don’t physically step into the fight, most folks would morally support their friend defending themselves against any violent conflict.

Well, that’s what has been going on in the Middle East for over 70 years. Once again, Israel has become the victim of unprovoked vicious attacks by terrorists. Israel is our friend and our ally, and if for no other reason this is why I stand with her. And even if we don’t step in with military action, we should morally support Israel’s right to defend itself.

Moreover, the State of Israel is a democracy with the rule of law and respect for human rights and the demonic hatred of Jews is a real and persistent fact of history and when left unchecked it always leads to atrocities; this demonic hatred is absolutely and clearly distilled into the enemies of Israel; and remember, if tomorrow Hamas, Hezbollah and other enemies of Israel put down their weapons and stopped firing missiles at the Israeli people, peace would break out; if tomorrow Israel dropped its weapons, genocide would break out. That’s a fact.

Despite the shortsightedness of the liberal left, sometimes there really are Good Guys and Bad Guys.

That the Palestinians are weak and poor while Israel is comparatively strong and rich changes nothing. That Israel is sometimes wrong changes nothing. The Israelis are the Good Guys and Hamas the Bad Guys, and to pretend otherwise is absurd and indefensible. The main culprit of the plight of the Palestinians is not Israel but the terrorists and fanatics who use them as tools of their ravenous bloodlust….

Anti-Israel activists insist that you view the actions of the Hamas-led government in Gaza as part of legitimate critique and protest of Israeli policies towards Palestinians.  Do not be misled by this marketing ploy.  Hamas’s goal is not to increase equality among Jewish and Arab residents of Israel; instead, their goal is to eradicate Jewish sovereignty and the Jewish people from Israel, and ultimately the world. They do this through missile fire, through social media messaging, through casting Israelis as colonizing interlopers, or through boycott efforts. And they infect the minds of brain dead liberals in the US and throughout the world with their sick, twisted ideology.

We’re seeing this play out in the streets of cities like New York and L.A. everyday. Jews are being attacked and beaten; not by Trump voting Deplorable’s but by leftist anti-Semitic BLM and Antifa types. And let me be clear, when I say; I Stand with Israel, I also stand with the American Jews being victimized by these domestic terrorists and sidewalk commandos.

Golda Meir was right when she said; the Middle east conflict will end when the enemies of Israel start loving their children more than they hate Israel.

Yes, it really is that simple and in a conflict between these two sides, deciding who to support is simple: I Stand with Israel.