Democrats Are the Party of the Mega-Rich Now 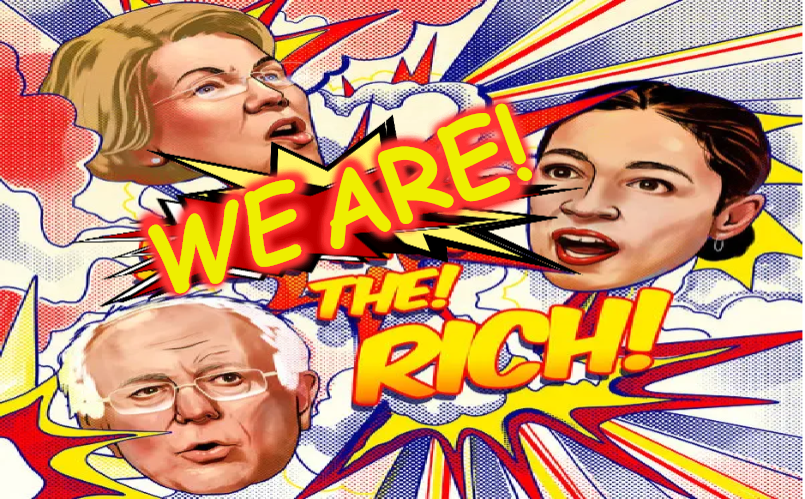 Just 30 years ago, in 1993, that dynamic was reversed. The average Republican congressional district was 14 percent wealthier than its Democrat counterpart. In 2020, those same Republican districts were now 13 percent poorer.

This flip comes as some Democrats push to end former President Trump’s 2017 tax law, which capped the federal deduction for state and local taxes at $10,000. Without a doubt, the beneficiaries of rescinding this law would be the 1 percent of the wealthiest households that Democrats predominantly represent, with property owners in high-tax states – like New York and New Jersey – benefiting from the relief on federal taxes.

Why This Is Important

This is the measure of the disingenuousness of the whole of the Democrat Party. Each and every Democrat politician – from the federal level to the local – pretend that they are the champion of the less fortunate and the ‟everyman,” even as they portray Republicans as lackeys of the uber-wealthy.

The exact opposite – per Internal Revenue Service Data – is true. Democrats are the robber baron party and they are doing everything they can to enrich their political benefactors and crony political supporters.

All one has to do is look at the hundreds of billions of dollars both Obama and Biden have been throwing at green energy companies – and before that technology is ready for prime time, and Silicon Valley.

Additionally, their facilitation of BigTech in their pursuit of an all-encompassing monopoly – and a monopoly that controls all narratives at every level always – is further evidence that Democrats, and especially Progressive Democrats, are the very greedy elitists they propose their opponents to be.

That minority voters are not recognizing their indentured servitude to the pack of spendthrift, disingenuous elitists is a very sad state of affairs.

Learn more about the Progressive elite’s attempt to undermine the sovereignty of government with the Great Reset.

The Elites The Progressive Elite

WELCOME TO THE GREAT RE-SHIT