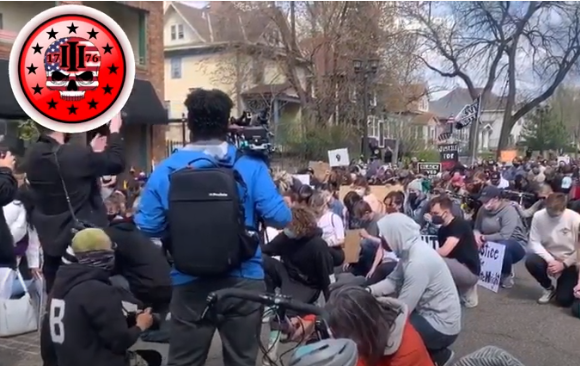 Dozens of Black Lives Matter protesters descended upon Minnesota Governor Tim Walz’s mansion in St Paul on Sunday to take a knee in honor of another sacred victim: a carjacker shot by police in suburban Burnsville.

BLM protesters must be racists because they apparently assumed the criminal’s race was black based on his behavior, being a violent carjacker and all. Seems he stole a car from a woman at gunpoint and repeatedly shot at police. Getting killed in the course of such activities would qualify him for sainthood in the liberal religion — except for one thing, he was white.

So the protesters just left “because they need more information about what happened first.” That’s actually the only smart thing a BLM protester has ever said.

CNN: America is So Racist That Black & Brown People are White Supremacists Too