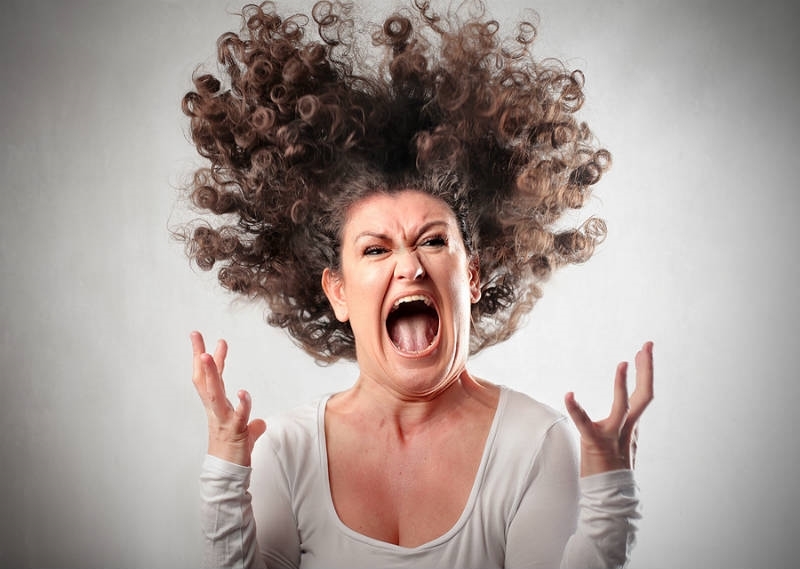 Have you ever watched a clip on Twitter or some other social media platform from of a liberal white woman freaking out over something Donald Trump said or something she read on somewhere and thought to yourself, “This person is utterly insane.” Well, guess what? You were right and now we have proof.

First of all, I have no idea why it took so long to get to see the results of a Pew Research Center study released a year ago but I’m glad we finally have the chance. And folks I must say, I’m not at all surprised to discover over half of liberal white women have been diagnosed with a mental health condition.

Interestingly enough, the study, which is titled Pew American Trends Panel: Wave 64, was dated March 2020 — over a year ago. Yet it took Zach Goldberg, a Ph.D. candidate in political science posting about the study on his Twitter account for it to garner even a smidge of attention.

The study, which looked at white liberals, moderates, and conservatives, both male and female, found that conservatives were far less likely to be diagnosed with mental health issues than those who identified as either somewhat liberal or “very liberal.” What’s more, (and this is the most obvious results discovered) white liberal women suffered the worst of all. White liberal women, ages 18-29, were given a mental health diagnosis from medical professionals at a rate of 56.3%, as compared to 28.4% in moderates and 27.3% in conservatives.

The website Big League Politics has also covered the findings:

Nearly half of self-identifying white liberals between the ages of 18 and 29 reported telling a doctor or a healthcare provider that they have a mental health condition. Only 20.9% of white conservatives in the same category reported as such.

The reasons to reject left wing wokism are without number and growing everyday:

A strong majority of self-identifying white female liberals between ages 18-29 reported a history of a doctor diagnosing them with a mental health condition, much more so than any queried demographic.

Evie Magazine cries out for compassion for these unhinged screwballs:

It’s truly unfortunate that so many women are facing these kinds of issues, and that this prevalence of mental illness among progressive women might be being weaponized for political purposes.

Hey, would you like to know something even more unfortunate? The fact that this country is ruled by the tyrannical fools these disturbed lunatics voted for. Perhaps election reform should include provisions like those set forth in the law that prevents felons from voting and restrict those who have been diagnosed mentally ill. We have such laws already in place to prevent them from owning firearms, why not add voting as a prohibited practice? After all, the ballot box can be far more dangerous to society than the bullet box.

Now of course comes the age old question, “What came first, the chicken or the egg?” Does liberalism cause the mental illness, or is it vice versa? Are mentally deranged people just attracted to the left or is practicing liberalism likely to drive you insane? We may never know for sure, but the Evie article makes an interesting point:

There’s also the unrelenting focus on oppression, verbal violence, and micro-aggressions. We know that building resiliency against hardship is the best weapon against depression and anxiety, yet progressive ideology forces its followers to wallow in feelings of helplessness and victimhood.

“Progressive ideology forces its followers to wallow in feelings of helplessness and victimhood.” How true is that statement? Whereas conservative ideology is just the opposite, espousing self reliance, independence and a desire to be left alone by the central government.

For many of us, none of this comes as a real shocker, I’ve been subscribing to this theory for years and Michael Savage even wrote a book about it: Liberalism is a Mental Disorder.

Whether liberalism should be medically defined as a mental illness may be debatable, but there is no question that liberalism and mental illness are at the very least correlated among the pigmently challenged of the female variety.

Now, in case anyone doubts this Pew study proving that at least over half of liberal white women have been diagnosed with mental illness, I would like to add this video confirmation as a bonus, or as they say in New Orleans a lagniappe for my dear devoted readers. It proves that it’s not just white liberal women, but ALL liberal women that have a serious screw loose.

Author: Howard Roark is a Senior Fellow with the Kirby Institute and Chief Editor of The Deplorable Patriot website.  He’s a second amendment advocate, avid shooter, hunter, fisherman, fur trapper, writer, artist, poet, and inventor of the wall port central vacuum cleaner system. He is both a moral and a practical man and is fully committed to the artistic integrity of every one of his endeavors or projects whether working as a common laborer in a rock quarry or operating a Fortune 500 design firm. You can follow him on Facebook here.