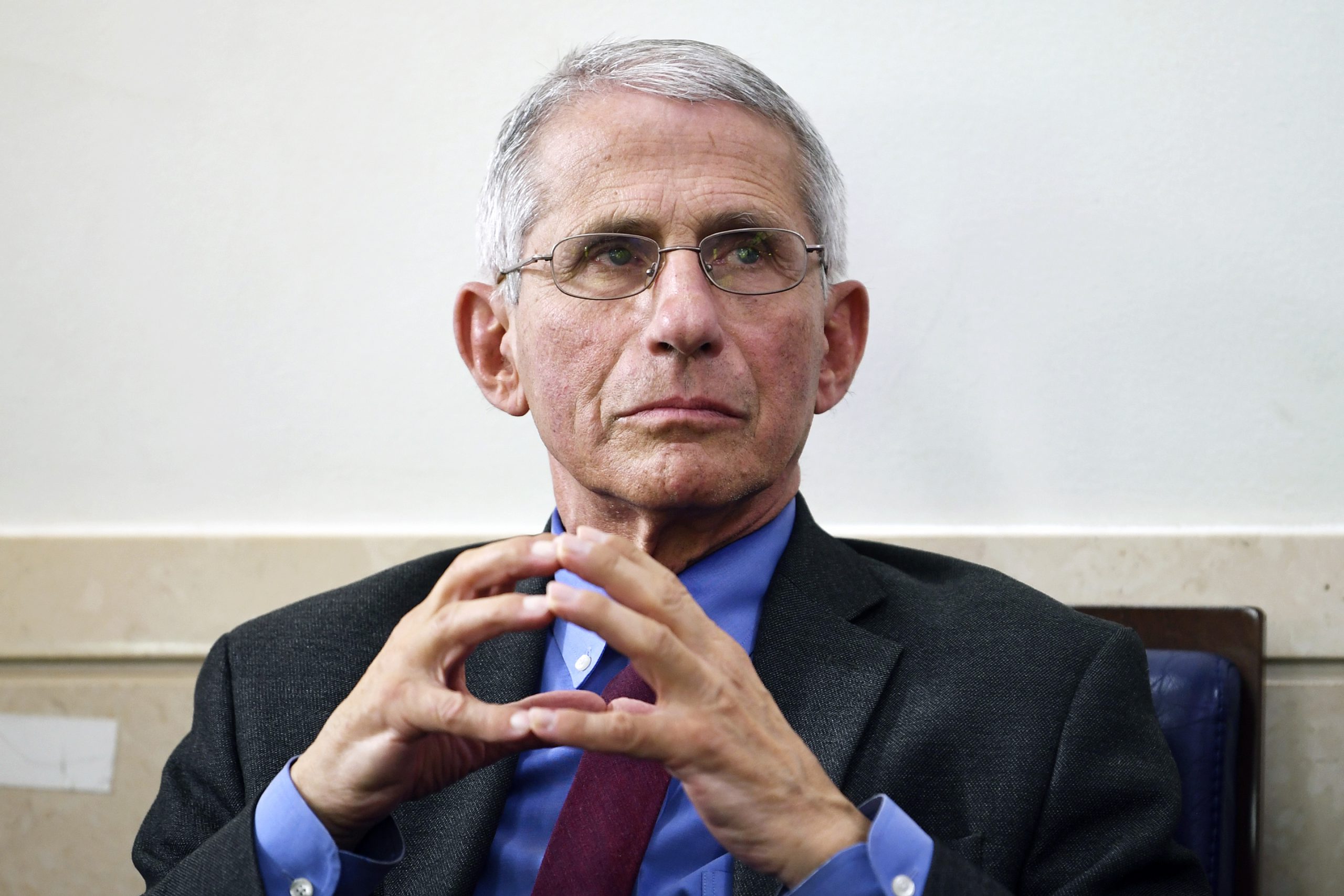 Where was Dr. Fauci?

Chinese researchers put out warnings of a coronavirus outbreak in Wuhan approximately two years before COVID-19 emerged in the same city, according to Josh Rogin, a Washington Post columnist, and author.  You hear that, censors?  It was a WaPo guy who reported this.

In a Politico article headlined “In 2018, Diplomats Warned of Risky Coronavirus Experiments in a Wuhan Lab. No One Listened,” Rogin said that US science and health officials from the embassy in Beijing attended a 2017 conference that provided warnings about the possibility of a new SARS-related virus transmitted by bats that would affect humans.

The article was inspired by an excerpt from Rogin’s new book, “Chaos Under Heaven: Trump, Xi, and the Battle for the Twenty-First Century,” which was published on Monday.

“On January 15, in its last days, President Donald Trump’s State Department put out a statement with serious claims about the origins of the Covid-19 pandemic. The statement said the U.S. intelligence community had evidence that several researchers at the Wuhan Institute of Virology laboratory were sick with Covid-like symptoms in autumn 2019—implying the Chinese government had hidden crucial information about the outbreak for months—and that the WIV lab, despite “presenting itself as a civilian institution,” was conducting secret research projects with the Chinese military. The State Department alleged a Chinese government cover-up and asserted that “Beijing continues today to withhold vital information that scientists need to protect the world from this deadly virus, and the next one.”

Rogin added, “The State Department alleged a Chinese government cover-up and asserted that ‘Beijing continues today to withhold vital information that scientists need to protect the world from this deadly virus, and the next one.’”

Some reports point out that the US embassy sent experts in at least three teams the following months to talk to scientists at the Wuhan Institute of Virology (WIV) about lab safety practices, which report showed were abysmal at best.

“When they sat down with the scientists at the WIV, the American diplomats were shocked by what they heard,” Rogin noted. “The Chinese researchers told them they didn’t have enough properly trained technicians to safely operate their BSL-4 lab. The Wuhan scientists were asking for more support to get the lab up to top standards.”

I thought China was a competing force against the United States as an economic powerhouse?  So then why would they need support, read American tax dollars, to do anything?

In short, after witnessing what was going on in the risky labs in Wuhan, the diplomats wrote to Washington, DC, and they were ignored.

When the meetings ended, American diplomats wrote cables to Washington with warnings, “begging people to pay attention to what was going on” and pleading with Washington to do more to help the lab.

“They also warned that the WIV researchers had found new bat coronaviruses that could easily infect human cells, and which used the same cellular route that had been used by the original SARS coronavirus,” Rogin said.

According to Rogin, one of the diplomats wrote the messages with the intention of warning the US that there was a potential for a large-scale public health emergency concerning the Wuhan lab, but those messages were never made public.

Another two cables, according to Rogin, were drafted to warn the US government of “a serious shortage of appropriately trained technicians and investigators needed to safely operate this high-containment laboratory.”

“We were trying to warn that the lab was a serious danger,” one of the writers said. “I have to admit, I thought it would be maybe a SARS-like outbreak again. If I knew it would turn out to be the greatest pandemic in human history, I would have made a bigger stink about it.”

It’s easy for the Woke Supremacy to blame everything on Donald Trump because let’s face it, they have since the first outbreak of COVID-19.  But wasn’t Dr. Anthony Fauci supposed to be on top of this?  Wasn’t he the one who sent the coronavirus to the Wuhan lab along with taxpayer dollars to support the efforts there?  So then how come neither he nor anyone else in that world said word one?  To their credit, the Obama White House in 2015 imposed a ban on “monster-germ” research, because it was just too dangerous.

An abstract from a report presented by ISPSW Strategy Series: Focus on Defense and International Security:

“A U.S. NIH-funded $3.7 million project was approved by Trump’s Covid-19 advisor Dr. Anthony Fauci in 2015, after the Obama White House imposed a ban on ‘monster-germ’ research. In October 2014, the federal government declared a moratorium on gain-of-function research to weaponize viruses related to influenza, Middle East respiratory syndrome (MERS) and severe acute respiratory syndrome (SARS). As a result, the research was outsourced to China’s Wuhan Institute of Virology, which is currently at the center of scrutiny for the Covid19
pandemic.”

So, if we already know the origin of the virus yet Rogin said in his article, “The exact origin of the new coronavirus remains a mystery to this day, but the search for answers is not just about assigning blame. Unless the source is located, the true path of the virus can’t be traced, and scientists can’t properly study the best ways to prevent future outbreaks,” then someone is lying.

We know with substantial circumstantial evidence that coronavirus was used to get rid of Donald Trump.  It’s also being used now as justification for the radical Left’s “great reset.”  Because of these kinds of questions and using common sense to piece activities together, it’s no wonder why most people do not trust the government to handle this pandemic, especially after Donald Trump left office, because, love him or hate him, the fact remains that no other past administration did as much to combat a pandemic than President Trump and his administration.

I believe with Fauci acting as the lead science expert for the coronavirus task force under the Trump administration he had something to hide and along with all the Olympian flip flops he made along the way, it will take years to disseminate why we are being fed a daily barrage of bullschtein about this virus that allows the government to continue to push COVID-19 as a crisis when it no longer is.

AUTHOR: Rich Welsh is syndicated opinion columnist for David Harris Jr. and owner of Maga-Chat.com.  He writes about politics, culture, liberty and faith. MAGA-Chat.com, where free speech is still free.  JOIN the revolution!