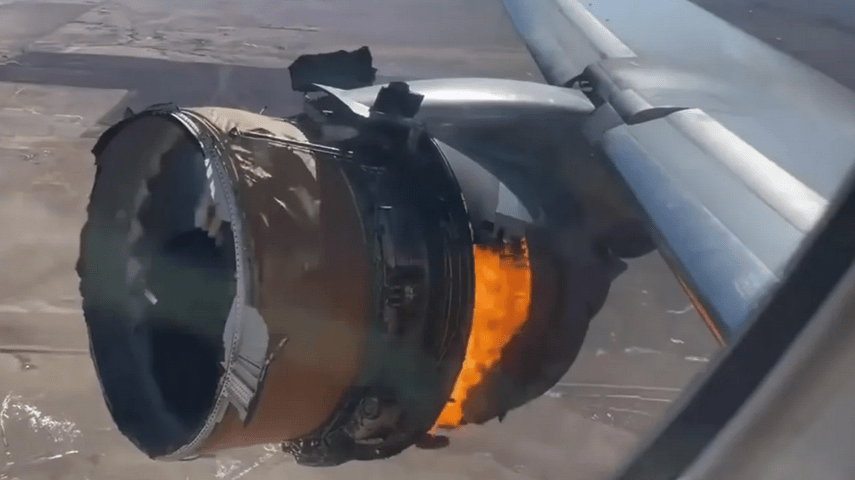 A United Airlines flight bound for Honolulu was forced to make an emergency landing on Saturday after the Boeing 777-200 plane experienced a massive engine failure just minutes into flight.

Video of the exploded engine went viral on social media, as did pictures that showed pieces from that engine land in residential areas near Denver, Colorado.

Fortunately, the plane was able to land without further complications. The plane was carrying 231 passengers and 10 crew members.

There were no injuries.