Andrew Cuomo: The Most Prolific Serial Killer in American History 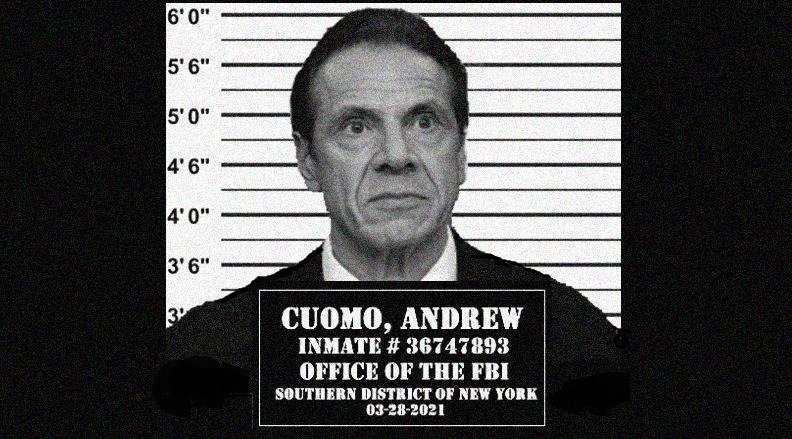 The world is literally crumbling around Andrew Cuomo. And let me say it couldn’t happen to a more deserving man.

In the middle of last spring the left just fell all over itself, labeling Governor Cuomo as a “COVID Superhero” of epic proportions, worthy of his own personal Marvel franchise.

Random House had published his book, “American Crisis: Leadership Lessons from the COVID-19 Pandemic,” and Hollywood even awarded him an Emmy for his so-called amazing work handling the pandemic.

The lame stream media and pundits on the left were swooning over his compassion, honesty and leadership and making comparisons of his daily press briefings to those of President Trump’s.

It got so ridiculous that Dr. Anthony Fauci named Cuomo the poster-boy for COVID handling, and said that New York was the “model” for how to handle the pandemic.

And while all that was going on I, and a very scant number of others, were calling out Cuomo for how he stuffed COVOD-19 patients in among the most vulnerable of our society in nursing homes.

How could he justify this? Why on earth would anyone in their right mind pack nursing homes, with the most high-risk people on the planet, with a bunch of sickly COVID patients?

After all, while we knew very little about the virus at that time the one thing we knew with 100% certainty was that the elderly and those with compromised immune systems were the most likely not to survive infection.

Hell, I was just a tap-dancing monkey with a radio show in Bakersfield, California at the time and I knew it. Everybody who was paying attention knew it.

In fact it was known, in late February of 2020 how susceptible the elderly were to the virus after it was reported that approximately 27 of the 108 residents and 25 of the 180 staff have some symptoms at the Life Care Center, a long-term care facility in Kirkland, Washington. It spread like wild fire and in just 2 and a half weeks 81 residents had tested positive for the coronavirus and of those, 34 have died, as well as a visitor.

By the second week of March a fourth of the coronavirus fatalities in the U.S. had been linked to that one single nursing home.

Interviews with residents’ family members and a review of 911 call logs obtained by The Seattle Times showed a tragedy slowly unfolding. And as nursing homes nationwide prepared to protect residents from a virus that was especially dangerous for the elderly, Governor Andrew Cuomo was packing nursing homes with sick people.

So, once again let me ask you, why would he and Newsom, Whitmer, and other Democrat governors make that same exact ghastly, unthinkable move?

I guess if you were a “conspiracy theorist” you might say that it was done in order to quickly boost the death numbers to help create a negative narrative to use against President Trump AND justify further lock-downs to ensure the economic pain would continue well into the autumn and the run up to the election.

Let me remind you how well our economy was doing before Covid, and it’s common knowledge that when the economy is booming, re-election of the president is almost guaranteed. The left needed something, anything they could use to bring America’s economy to it’s knees. There’s no doubt Covid was the answer to their prayers.

The one thing that makes that “conspiracy theory” hold water is the fact that President Trump actually sent a 1000-bed hospital ship called the Comfort to New York for the Love Gov to use. He also had 100’s of beds at the Central Park Field Hospital AND the 2,500 beds at the Javits Center, but all three of those hospitals went severely under-served and under-utilized the entire time. Let’s face it, they were empty.

They were empty because Cuomo was forcing Covid patients into under staffed, unequipped nursing homes with untrained staff.

What the hell? Why? Why on earth would he do that?

The only possible explanation imaginable is that he didn’t want to give Trump any positive headlines as well as drive up the death toll as an excuse for extending his draconian emergency powers over the people of New York while allowing for other Democrat governors around the nation to do the same.

Now, I’m no lawyer but, I have seen almost every episode of Law and Order so I’m confident in saying that Cuomo’s refusal to use that hospital ship along with the other two fully stocked and fully staffed facility’s is certainly a case for “Premeditated Murder.”

Yeah, I said it, premeditated murder, and it’s time for someone to make Cuomo answer some serious questions.

He needs to be sat down and forced, under penalty of perjury to explain exactly WHY he refused to use that ship that was docked in New York harbor and the two other hospital options at his disposal, and instead flooded nursing homes with sick, contagious people that resulted in the deaths of tens of thousands of innocent people.

And who else was involved in the planning? Who put him up to it? I simply find it almost impossible to believe he came up with it on his own.

As it stands right now, Andrew Cuomo looks like the most prolific and successful serial killer in American history…and it all looks like it was planned and plotted out from the very beginning.